Charlie and His Llama Quilt

My friends Robin and Judith and I made another quilt together.
A man that used to work in our lab has moved to DC
(several years ago now)
and got married and they just had a baby.
We wanted to make something special for them for their new baby.
We decided on the Lloyd and Lola Llama pattern by Elizabeth Hartman.
I did all the pom pons and Robin made the llama.
I love the fuzzy fabrics she used to make him!
Our friend, Kathy, at Threadbear quilting did the amazing quilting! 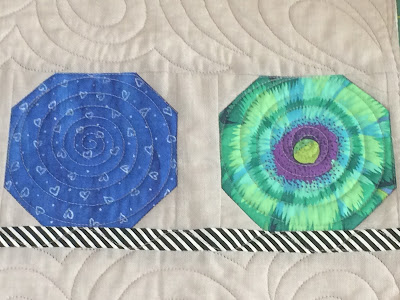 We asked her to quilt his name into the quilt.
We knew this meant it would take a little more time but it was totally worth it. 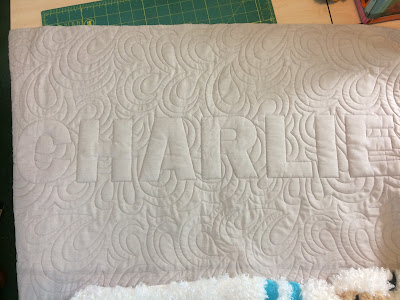 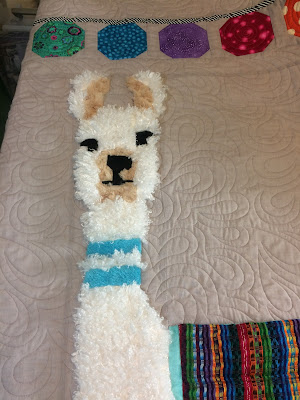 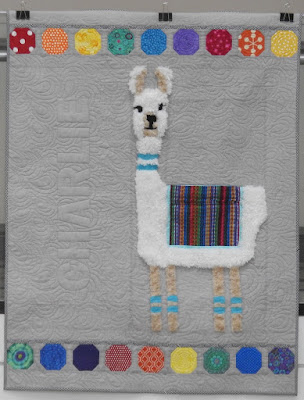 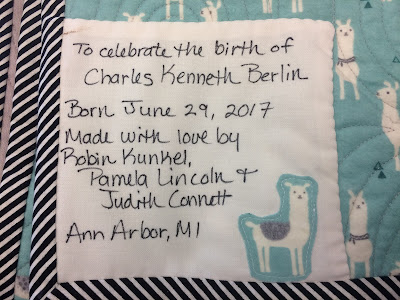 Charlie's dad kindly sent us some photos of him on the quilt.
See that pocket he is inside of?
The pattern didn't call for a pocket, but Robin thought it would be a good idea.
The striped fabric that made the pocket actually came from a table runner
that Robin picked up when she was in Panama.
I had shown her the one my daughter brought back from Ecuador and
I thought it would make a great saddle.
I was so excited when she found the multi colored ones to use like this! 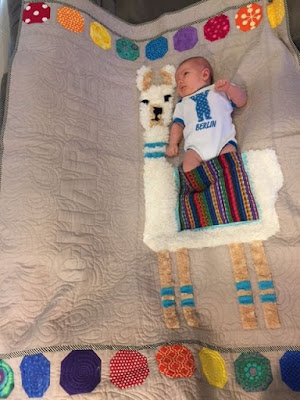 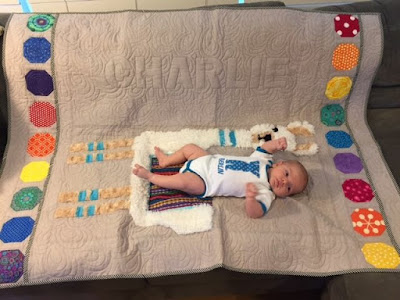 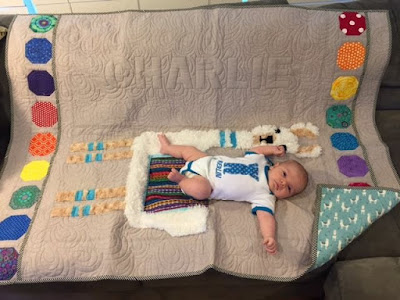 I did the backing in a great llama flannel that I found and
bound it in the same stripe I used for the pom pon hangers.

Have a great Tuesday everyone!

You three are the bomb!!! What a wonderful quilt. Such kindness and thoughtfulness!

Wow that is very cute.

Oh my gosh what a great quilt! What kind of fabric is the fuzzy part made from?? I just love it!!

Patti, it was a combination of fabrics. I found the body fabric at Joann Fabrics, in the remnant part, but any fuzzy fabric you like could work. I think Robin used minky for the rest of the llama

That is just too special. I LOVE it...

Oh my! This is gorgeous. LOVE everything about it... the baby, the textures, the colors and especially the QUILTING!!! Job well done!

BTW, I saw this and thought of you. Look at the cat fabric!!! It is super stylish.

Thank you so much for your responds to my question about the type of fabric she used. The hunt begins!