Last Friday hubby and I went up to Crossroads Village and
rode the Huckleberry Railroad Christmas train.
The village wasn't open when we arrived but we got a few photos on the train depot.
The train ride lasted about 40 minutes and went by lots of light displays.
There was a conductor to punch our tickets (like on Polar Express) as we boarded the train too.
A live Santa waved to us about halfway down the track.
As we passed the houses on the train I said that I would not like to live by the train tracks
and hubby said oh he would love it.
He would be out waving at every train that went by!
LOL, and he would too.

We walked around the village waiting to board the train. I took this of us in front of the candy shop. 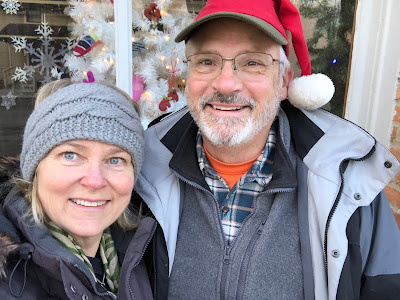 We asked one of the conductors to take this of us on the caboose. 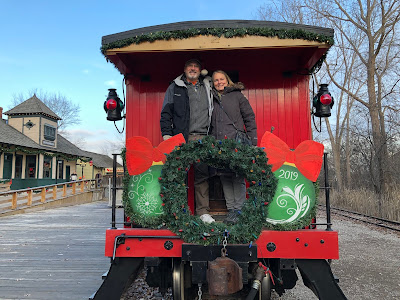 Patiently waiting to board the train. 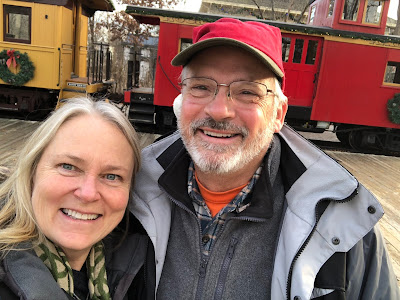 All of the buildings were decorated for Christmas 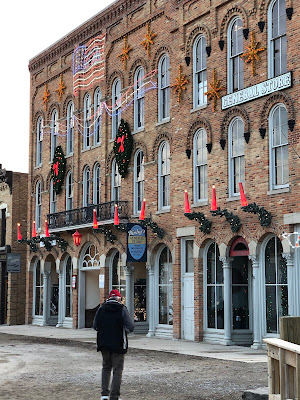 Look who I ran into when walking around the village! 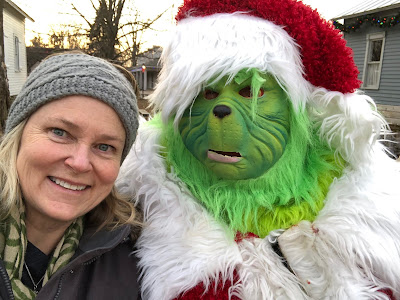 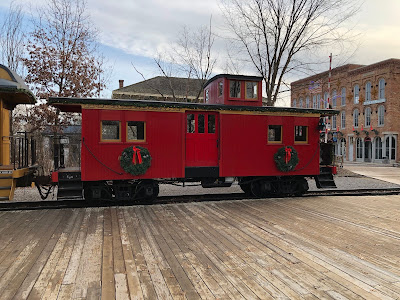 This was the train station. 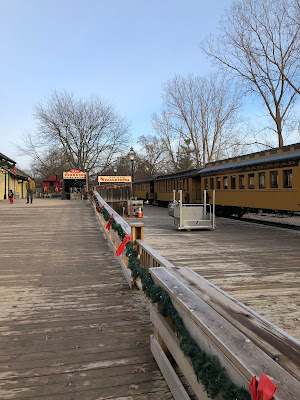 My grandpa used to work for the Pere Marquette railroad.
It merged with the Cheaspeake and Ohio (C & O).  I have always loved the Chessie cat! 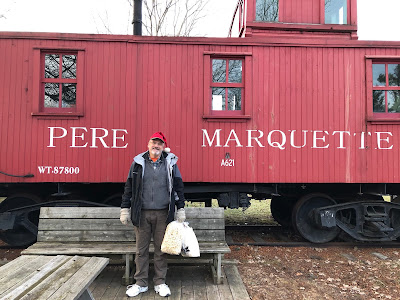 We got to see Santa too! 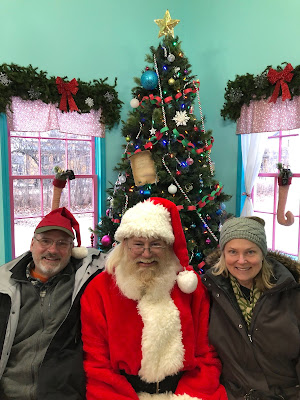 I thought this was cool.  Looking down the track you could see a gigantic snowman. 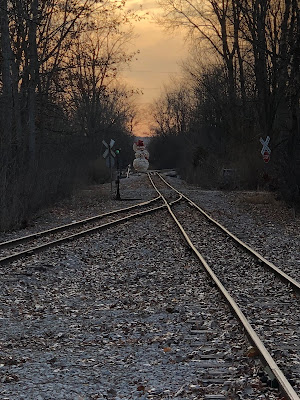 After the train came back the entire village was lit up.  It was so beautiful. 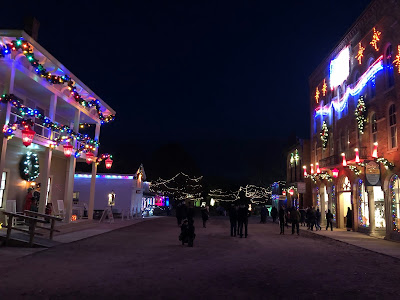 This is the "Tree of Lights".
They told us that they begin putting lights on it right after Halloween and
it takes that long to get them all up! 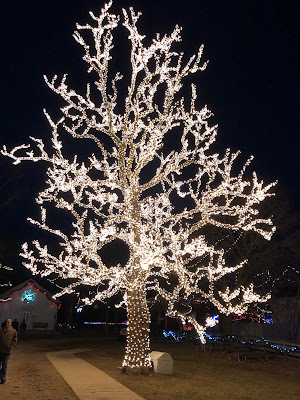 There were several of these pine trees all lit up too. 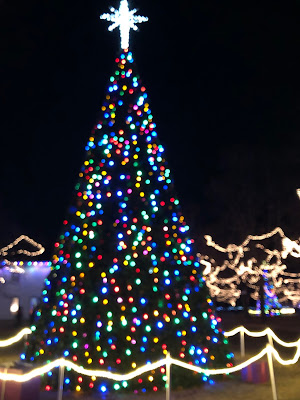 Of course, I could not pass up the patchwork snowman. 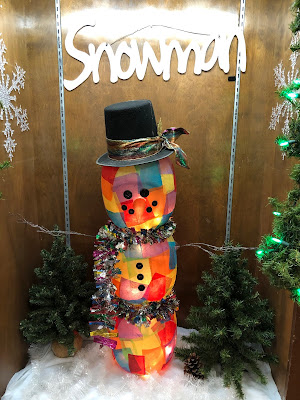 I tried to get photos of the lights while the train was moving but they are just a blurry mess.

We went to the Christmas buffet after the train ride and walked around the village.
It was almost like being in our own Hallmark movie (almost)!

Oh wow - that looks like great fun! and the grinch!! and the night photos!! Beautiful!

I think I will get Dan to take me there! Didn't know about it and it is really quite close to us (anything less than 3 hours is close to us! LOL). It WAS a Hallmark movie because you were with the man of your dreams!!!

What a lovely way to spend a day. Merry Xmas from my house to yours.

What a wonderful day out - such pretty lights and you got to meet the real Santa - wonderful :)

Oh how I would love to do something like this can you tell me where this village is located? Thanks

That's so pretty. Back in my Flint days, my basket group used to demo at the village although I never visited at Christmas. Thanks for taking me along on your trip! :)

My husband and I have been there before during the summer. We rode the train too. We live over on the west side of the state.