It is my turn to be the queen in October in my Ima Bee.
I get to choose a block for a quilt. I have been fretting and fretting about what to do.
There are a lot of really cool blocks out there.
I always feel guilty asking people to make some of the more difficult ones though.
I know I don't have a lot of time.
I think this quilt will be for our newly made quest room.
My hubby will also have a desk in the room and probably some hobby storage in the closet.
Because he will be spending time in there I asked his opinion.
I showed him some of my choices and he had to choose from there.
I really loved the small improv houses with lots of open space.
He did not.
He is MUCH more traditional than I am.
I showed him a few others and finally I thought of one that he might really love. 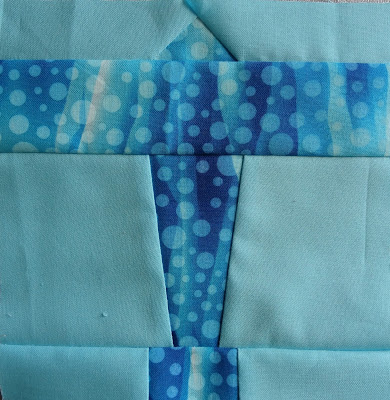 (Block from the Quilter's Cache)

He is a pilot and I have always wanted to make him an airplane quilt
so I am thinking that airplanes would be cool.
I also love this cross quilt and the cool, calming colors. 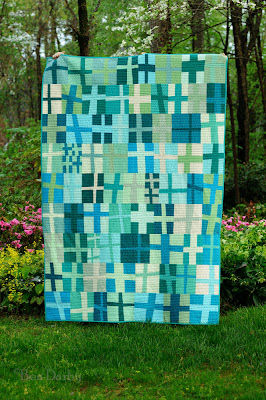 So I think I am going to ask for airplanes made in this color palette.
What do you think??

Now for a CrAzY idea, I think I am going to put the aviation alphabet,
improv style around the outside as the border!!!
I could ask folks for the words or the airplanes or one of each.
If you were in my bee which would you rather make?
Each person makes 2 blocks so I could have almost the entire alphabet or all the planes.
I am kind of leaning toward all the planes but thought I would ask what you guys think.
I would give a max for letter size and it could be fun to get all the alphabet too.

I guess go with which one you like making more. I've made a bunch of planes and the pattern called for freezer paper as a pattern. It was A LOT of work. So if I could get most of the planes finished, I'd be happy. Is there a pattern for the cross quilt? It is beautiful.
Deb

I like the airplanes too and would ask everyone to make 2 planes. Not sure how many of your friends like improv but you know them better. If they liked improv, you would get some very cool variations! The plane looks like a cross between 3 easy paper piecing units and a strip. Easy I think!

I would rather make the planes. What a darling block!

I think the airplanes

i think i would ask for the planes - they are, by the way, pretty doggone cool!

I'm kinda leaning towards the planes.