My New Great Niece and the Holly Dicken's Festival

My chenille blanket arrived and my new niece is now wrapped up in some love from me!
Isn't she a doll? 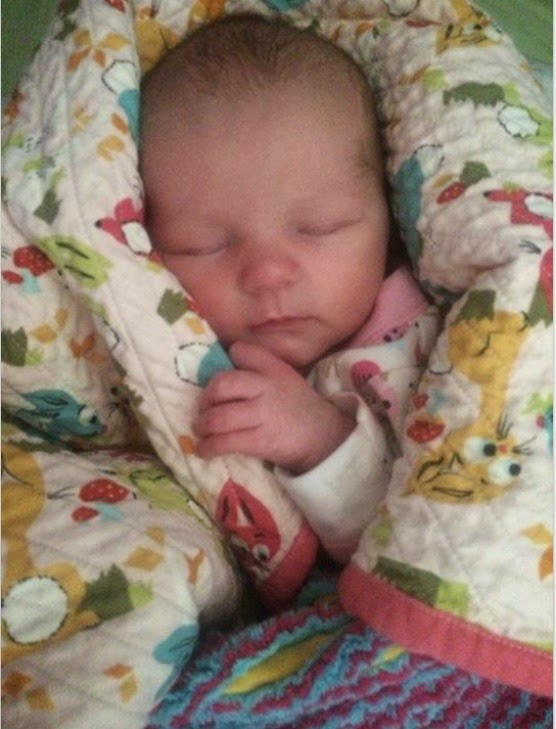 This weekend we did a little Christmas shopping and
on Sunday we ended up in Holly for the Dicken's Festival. 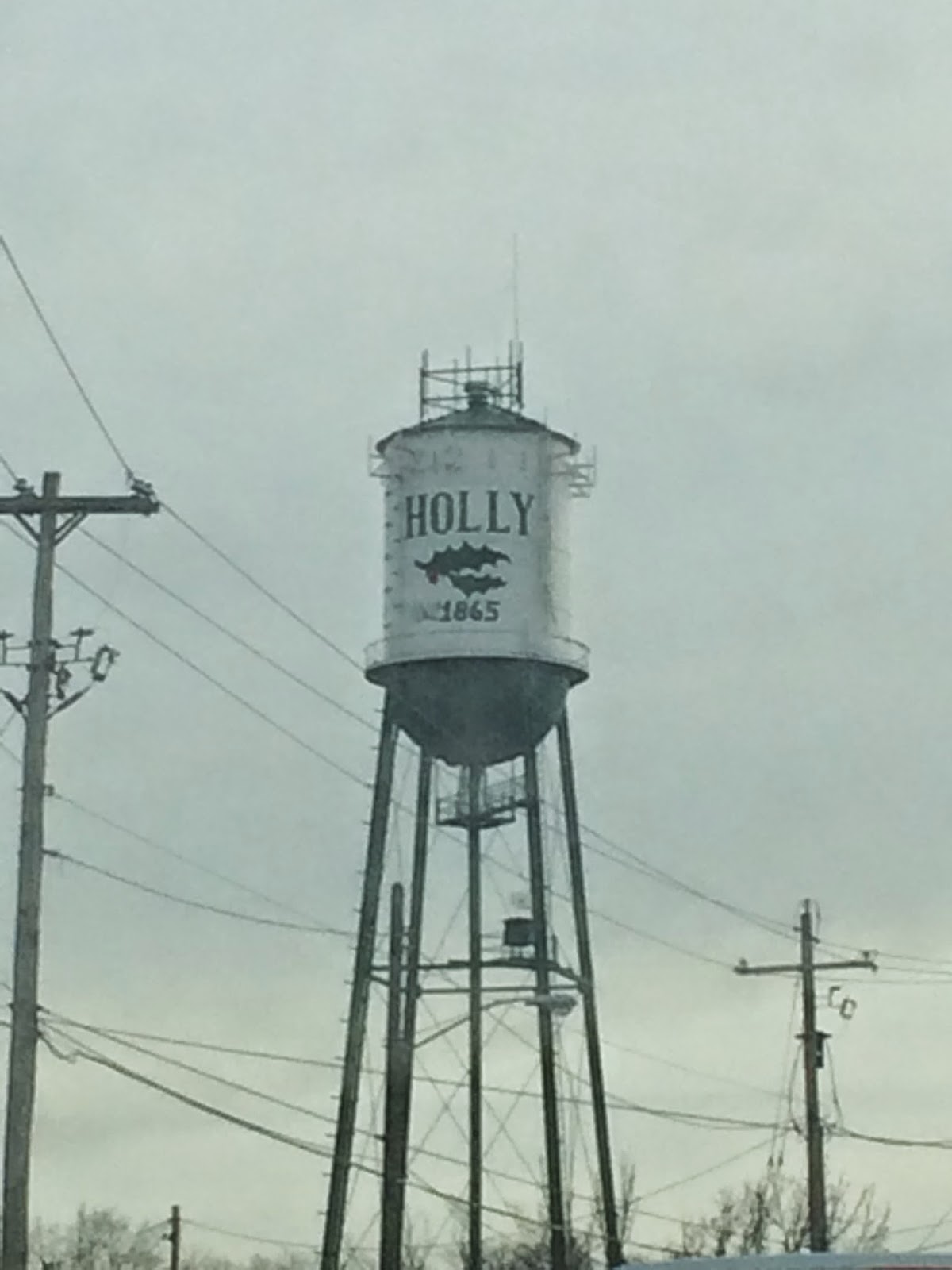 We try to go every year.
There are characters from A Christmas Carol strolling around some were singing, some were acting.  Always fun. 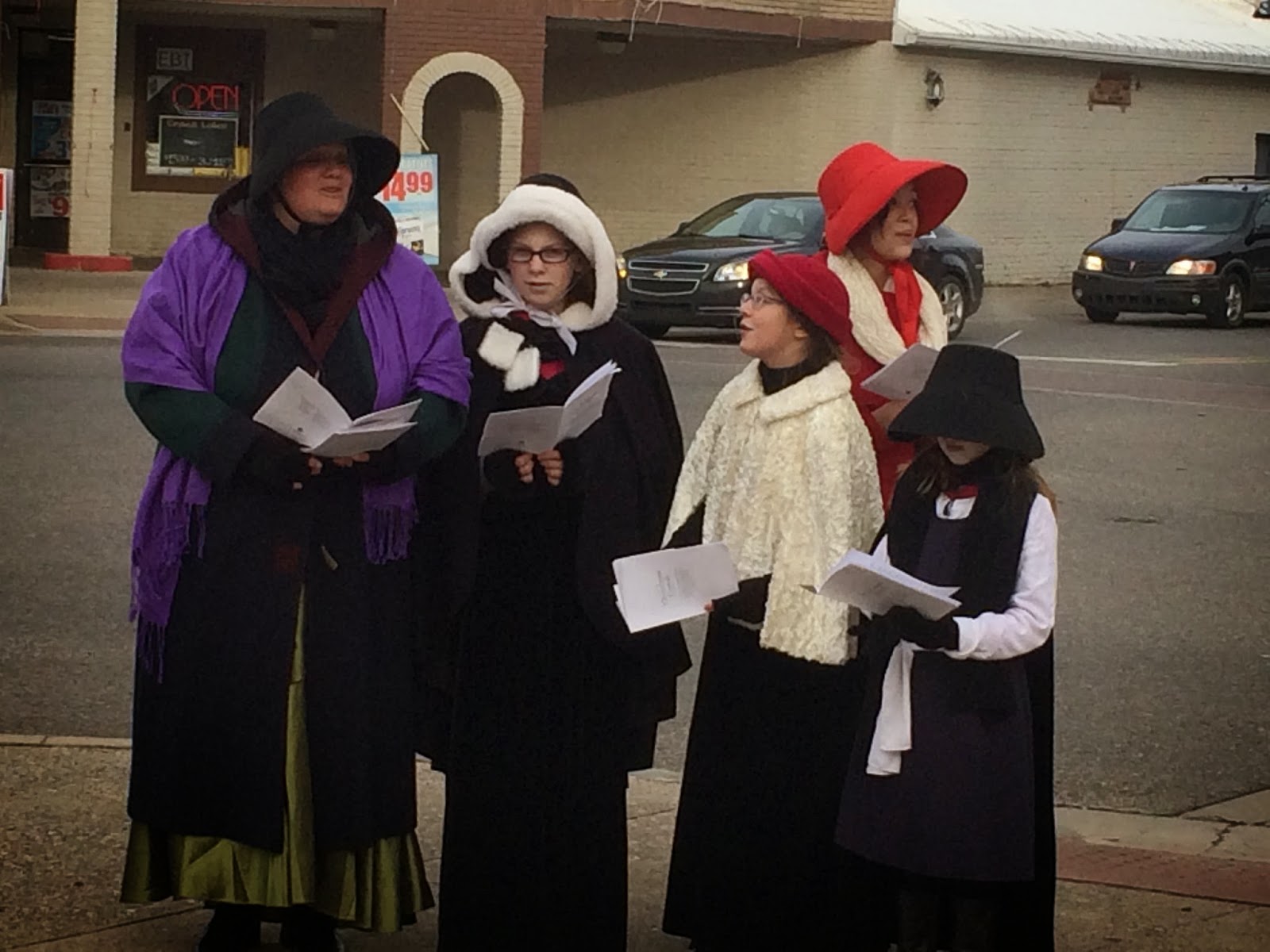 There was a live nativity too. 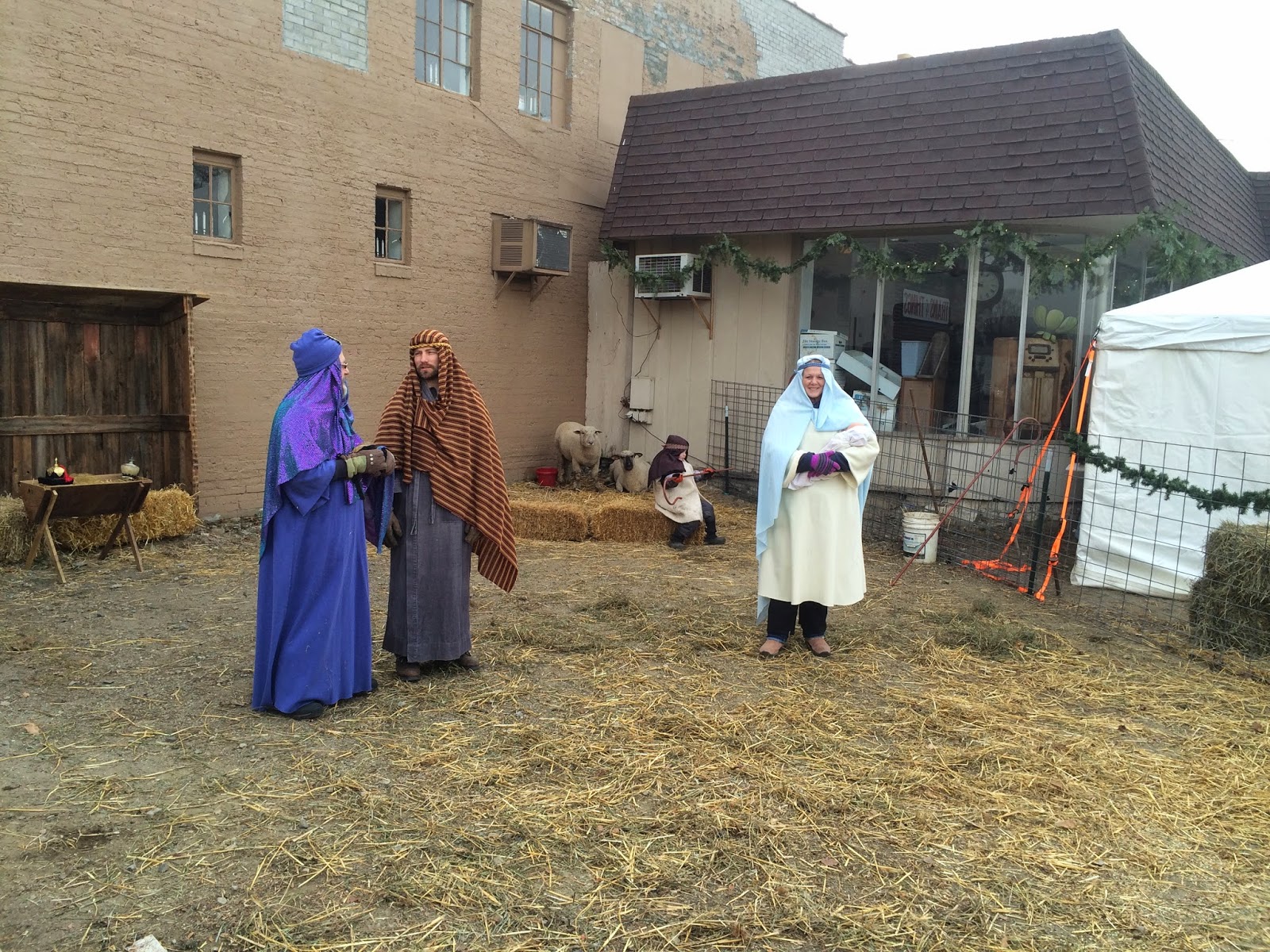 I think this was the first year there was no snow.
I usually pick up a few "creepy elves" for my daughter but there was not a creepy elf to be found.  Sad.  I did spy a "Pansy bowl".
Have you ever seen them?
My grandma had one, hers was green.
You put Pansies in all the slots and eventually you end up with a beautiful Pansy ball.
I would love to find one of these.
This one was close but the slots were a little big and it was not quite domed enough. 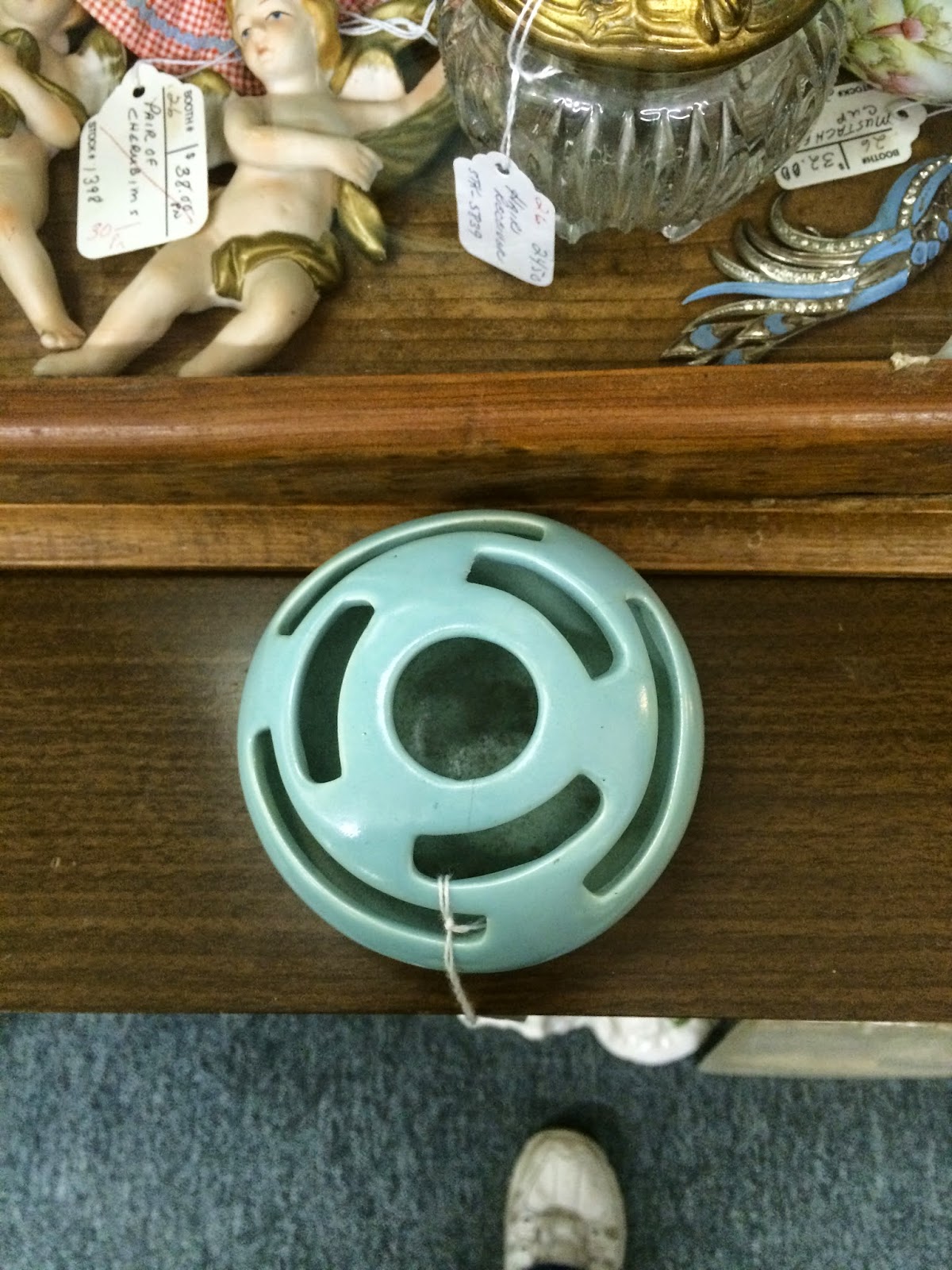 I did find this adorable reindeer but not creepy enough and my daughter said
we are keeping to elves or angels or Santas.
So I left him in the store. 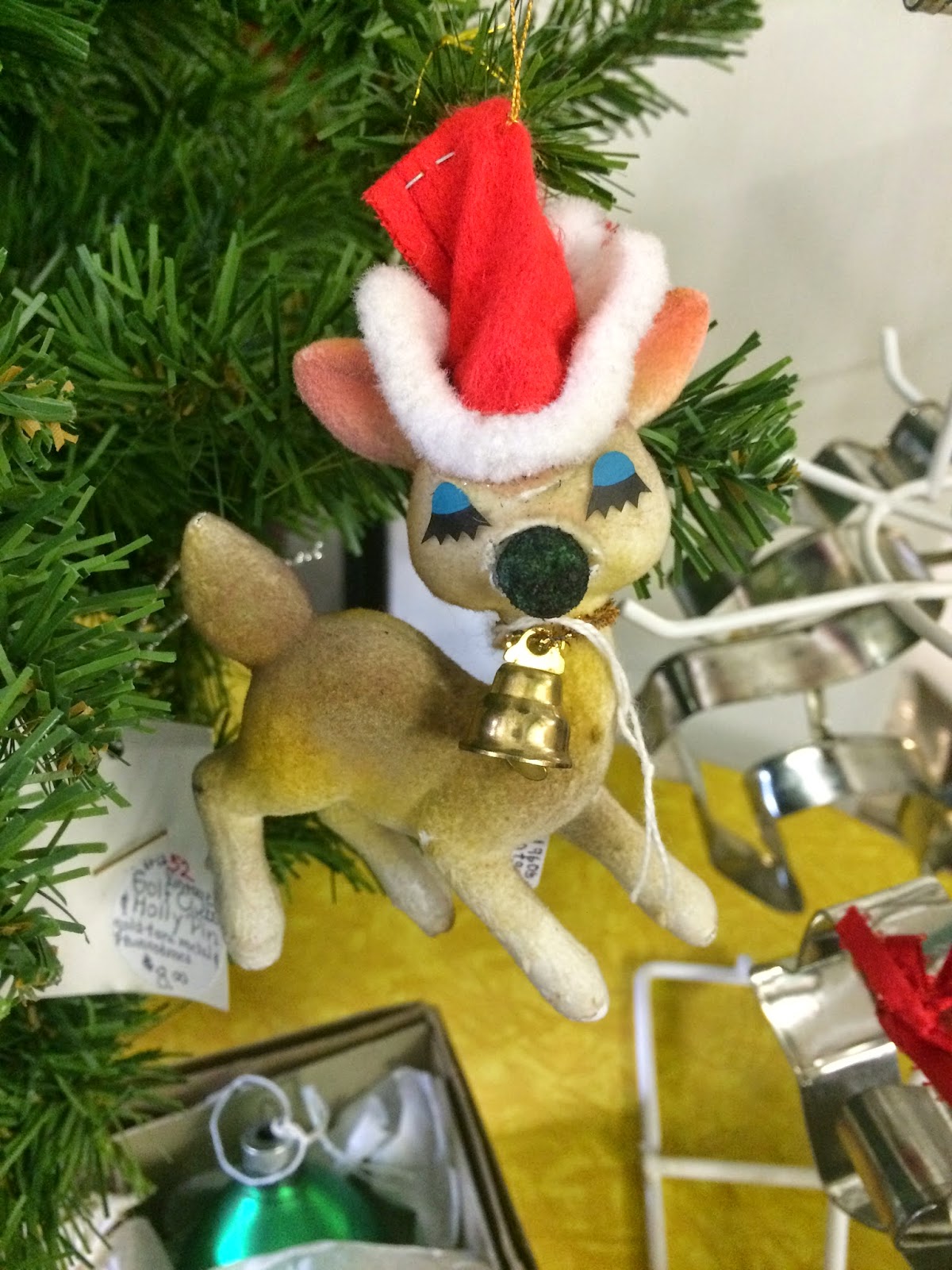 I tried these odd felt animals but she said no go with those either. 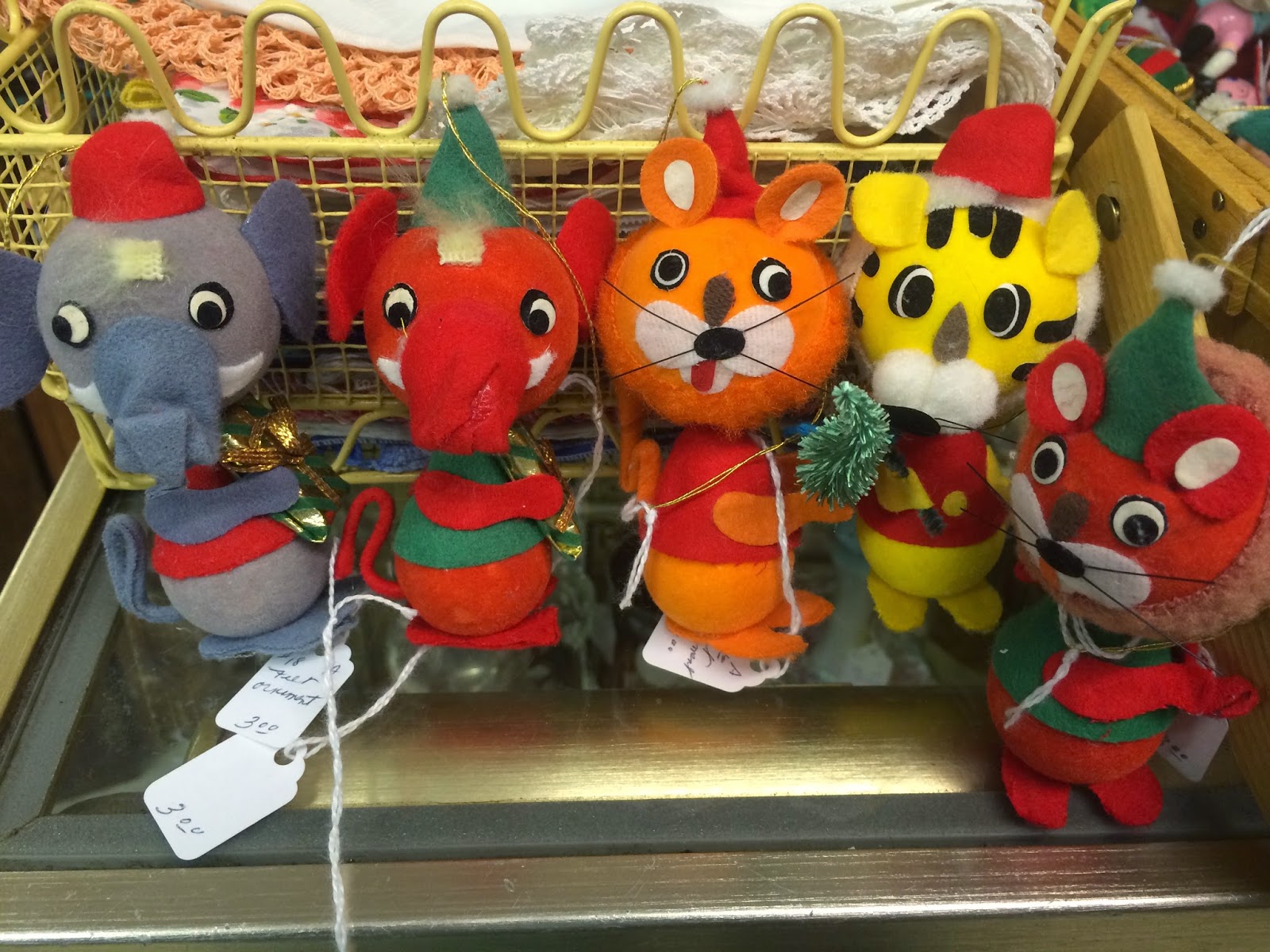 I found the cutest apron.
I think, in the future, I may try to make one similar.
Wouldn't this be adorable with Dresden plates along the hem? 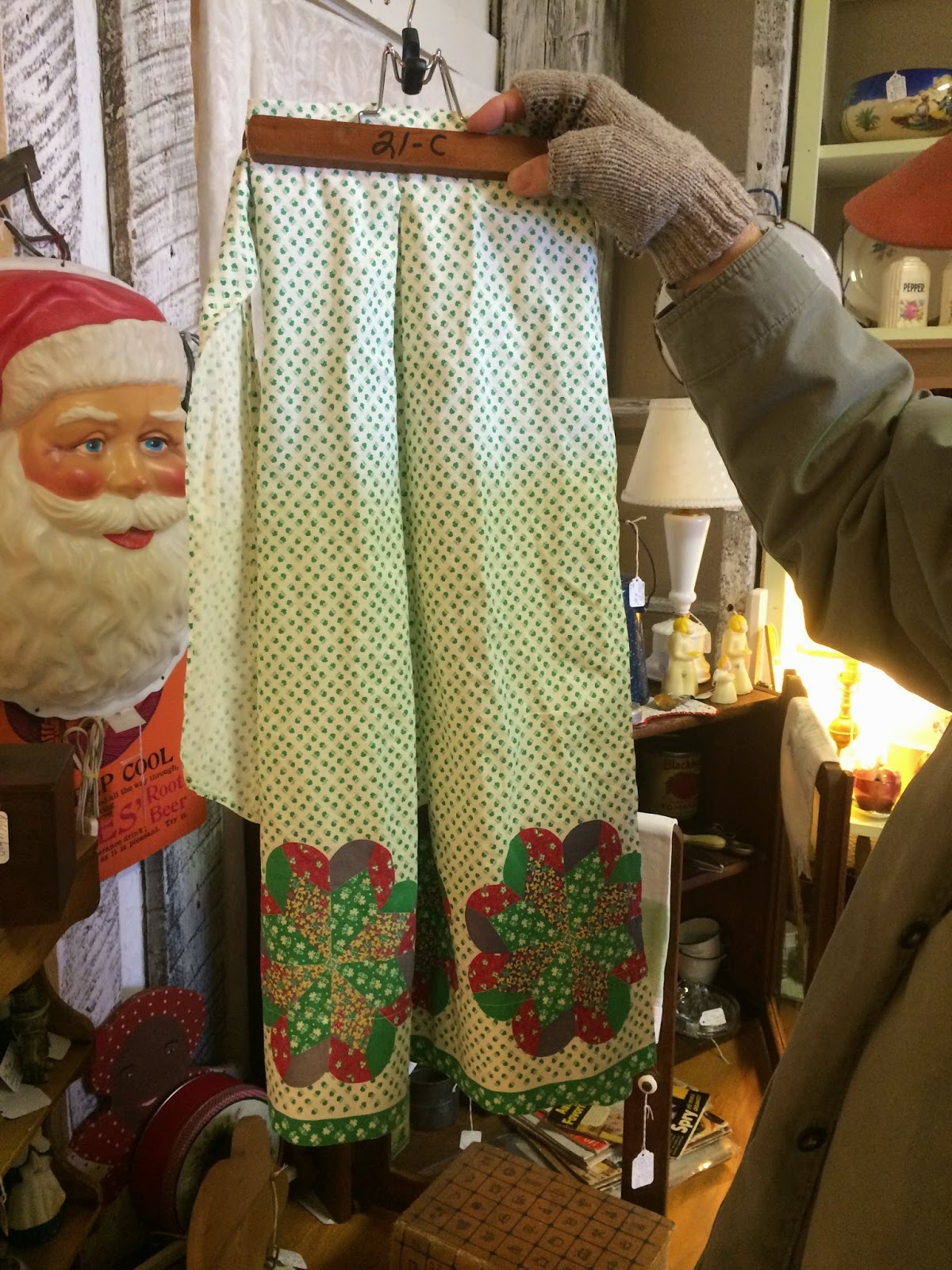 Of course hubby liked this cuter apron.
He really wanted to get it for me, but between you and me, I think he had ulterior motives ; )
It was kind of sassy! 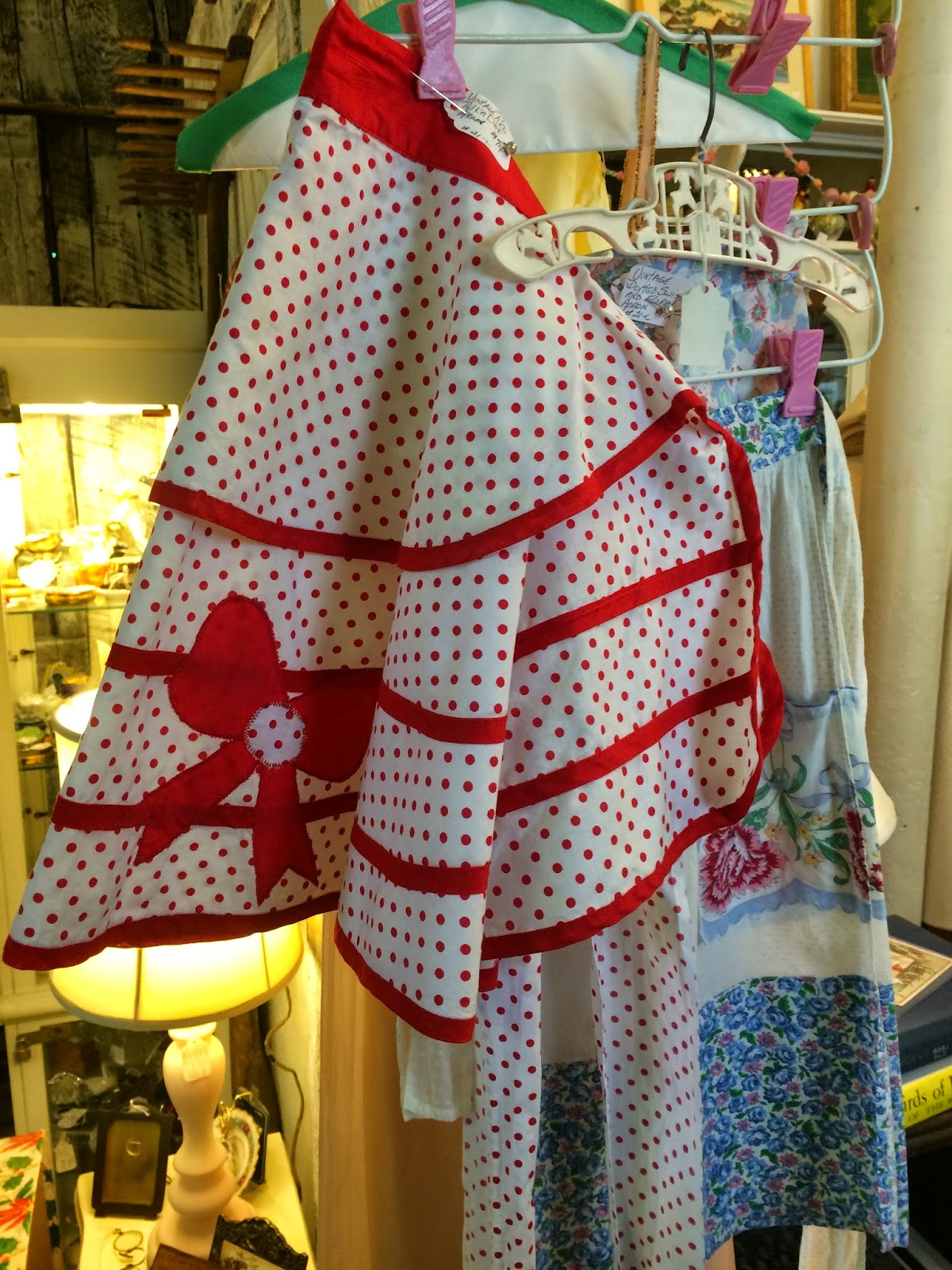 On Saturday we did some thrifting in our shopping extravaganza and
I found this great cake stand, still in the original box!
It is called Spirit of Christmas made by Portmeirion.
I think it looks pretty Scandinavian, don't you? 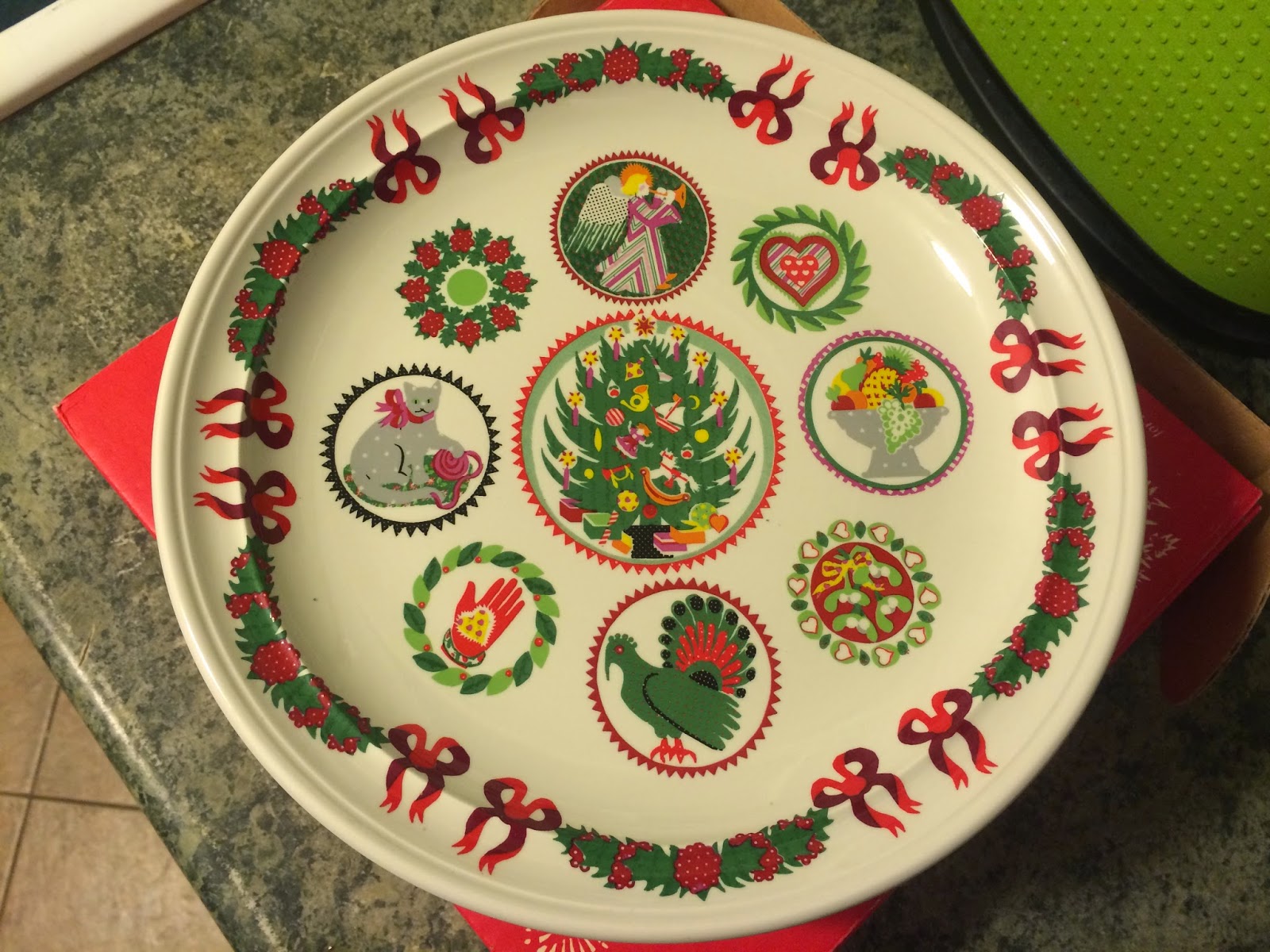 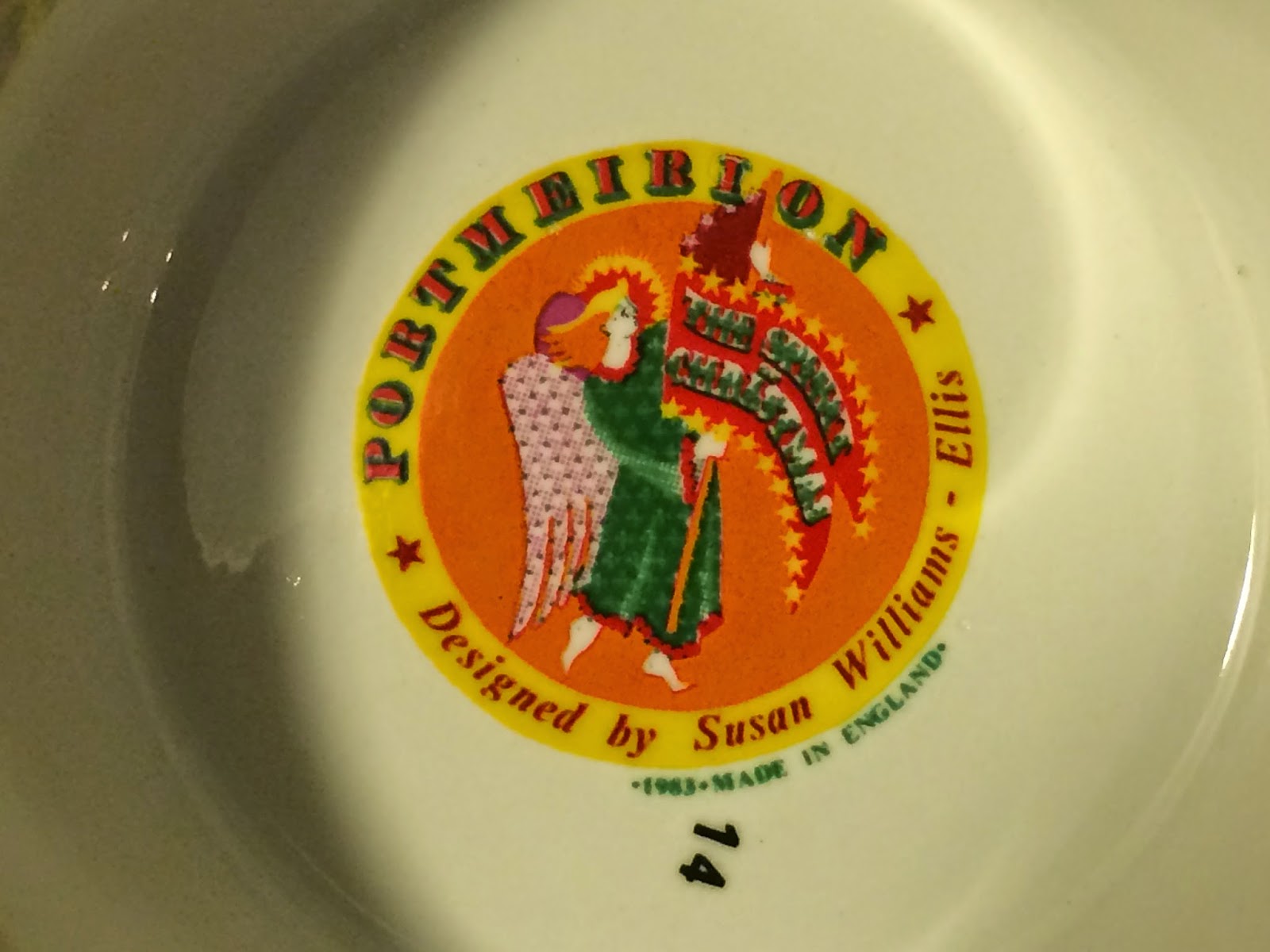 Well that was my weekend, almost, in a nut shell.
I did get a couple of things cut out and ready to sew.
I REALLY need to get the Christmas decorations put up, the tree too.
Most of the Christmas shopping got done though and that's a great thing.
I am making some things this year and we are cutting way back, obviously,
since hubby is still unemployed.

How was your weekend??

Holly looks like fun. We got a big chunk of our Christmas shopping finished this weekend too. Now for me to finish the sewing.