I know I have been MIA a lot lately but I promise you I have been productive!
Some of you asked for a tutorial on how I made the towels that I gave for the wedding shower
so I thought I would share that with you.
It could NOT be simpler.
It seriously took me longer to find a towel I could use than to make them!
I used terry cloth towels for this one but you can just as easily use the linen type too.
I have made these using both kinds of towels, it just matters what I can put my hands on the quickest!  Ready?
First purchase a couple of towels (I like to make them in pairs).
I try to get them to match the strip of fabric I intend to use. 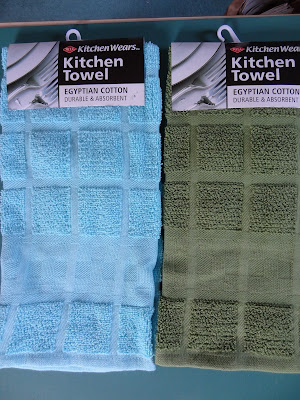 Measure the width of the towel so you know how big to make your strip.
Be sure to add a turn under amount.
I would suggest 1/4"-1/2" on both ends.
So for instance my towel was 17" so I cut my strip length to 18"
so I had a half inch on each side to turn under 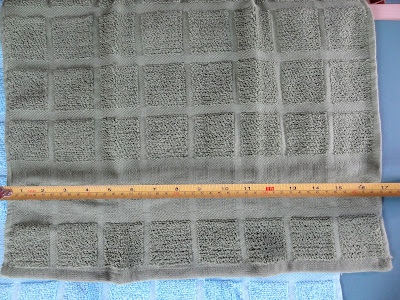 I had this in my stash so decided to use it for these towels.
I cut the bee hive part off and decided to use the cats.
Again be careful to leave at least a 1/4" edge to press under.

You can use a border strip like I did or regular fabric cut to the desired width.
So with this strip fabric I had a wide strip and a narrow one.
You could use either or both.
Companion towels if you will. 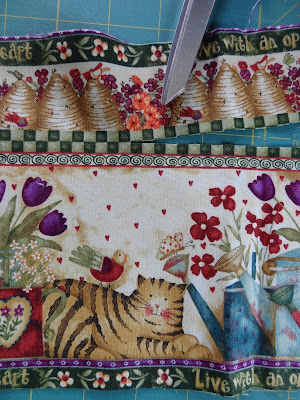 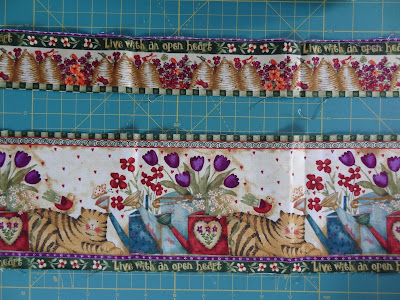 Now take your cut strip to the ironing board and press the top and bottom edge under.
Then turn the side edges and press them under too.
I found this easier, even thought I measured, to have to towel close by
to make sure I turned under the correct amount so that the side edges were even with the sides of the towel. 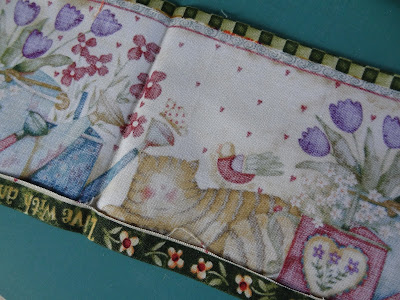 I also looked at my design and decided where I wanted the side to end up.
I didn't want to cut my cat in half! 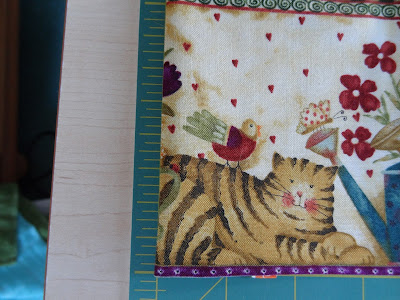 Once you have the fabric all pressed such that you have no raw edges exposed pin it in place on the towel. 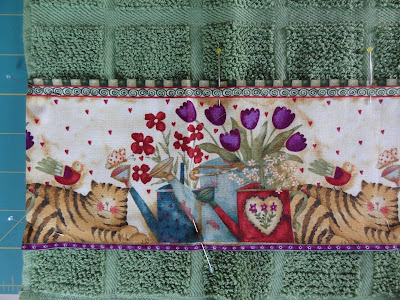 Once you have it pinned in place choose a color thread that will blend and
carefully topstitch all the way around the edges of the fabric on all 4 sides. 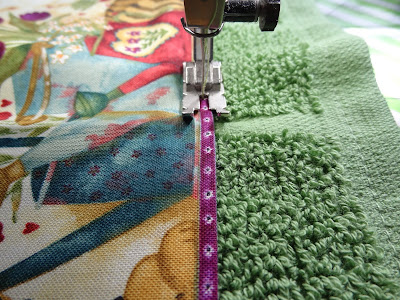 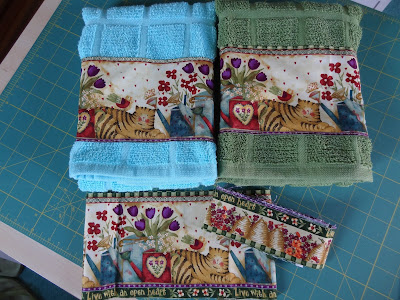 Want to try your hand at making one too?
Leave me a comment telling me favorite new fabric line over at the Fat Quarter Shop for a chance
to win the last 2 strips of the fabric I used to make my towels!

More of what I have been doing to follow soon!

I really love Amelia Mary Rose. And thanks for the tutorial. This would make a great little gift for someone's kitchen.

Very sweet and such a nice way to spruce up towels. :-)

Great looking towels. Thanks for the tutorial.

you always make things look so easy (but you're not fooling me - ha ha ha!!!) ... i am on a fabric diet, so i am NOT looking at new fabric lines (well, except for maybe the new Halloween Hoot - i know i am not supposed to like Debbie Mumm, but i just DO) and i am not telling you that cuz i want to win those towels - i would NEVER, EVER use them cuz they are TOO NICE for the messes i clean up around here...

Thanks for the inspiration, I need a couple quick gifts and these will be perfect!

Thanks for the idea - nice gifty...

I love those towels and as I read your tutorial I kept thinking and some nice kitchen curtains from the same fabric to match! Thanks for the tutorial.

The newest fabric line I like is Feather River. Nice colors and love the variety of prints.

Last week I bought 2 towels for my daughter's kitchen. They have been waiting for the right fabric to embellish them,