I was working on my second wedding quilt on Sunday.
I had all the squares made and it was time to put the top together.
I had a pattern.

First I had so much help I couldn't see and sew at the same time. 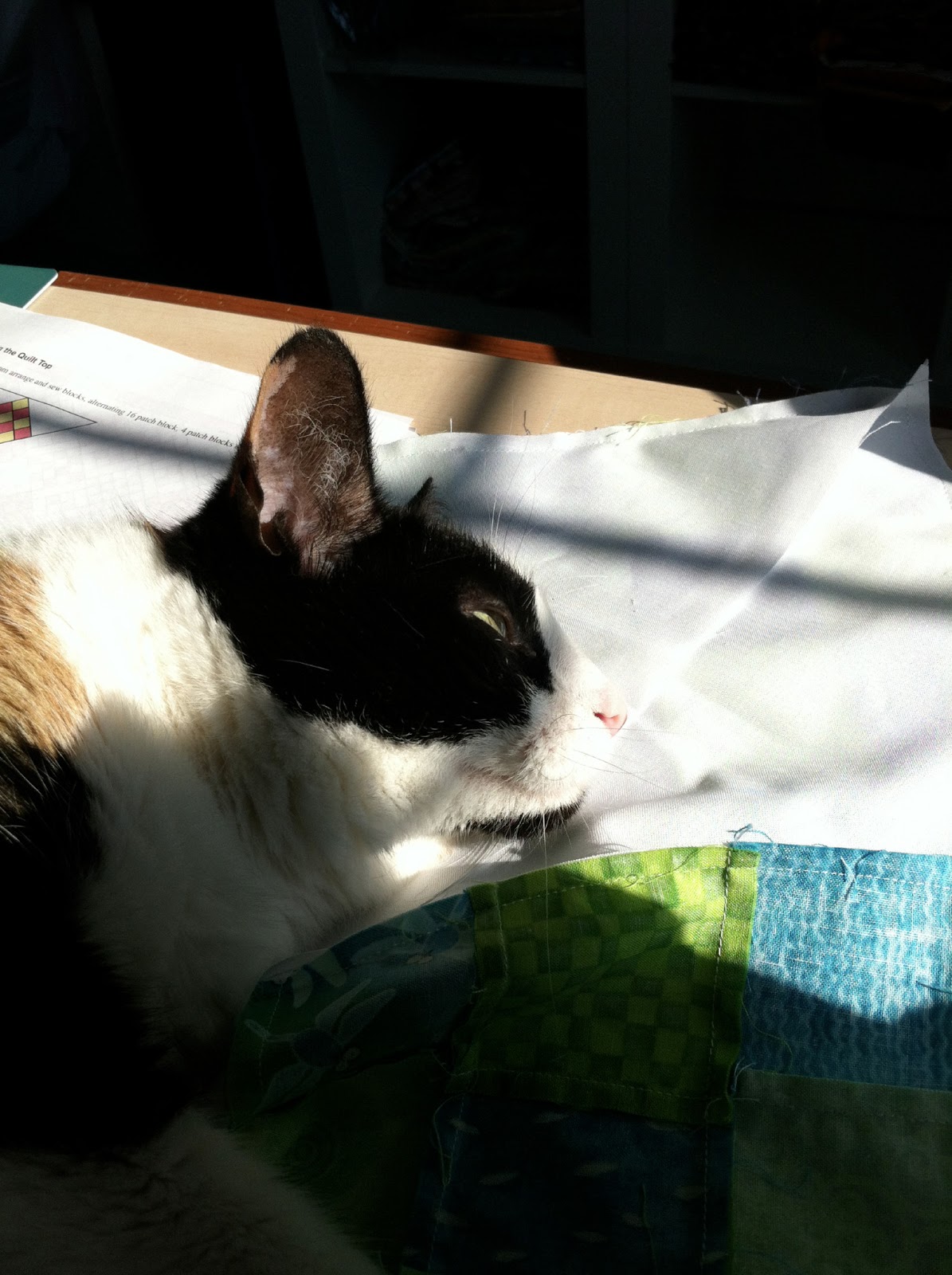 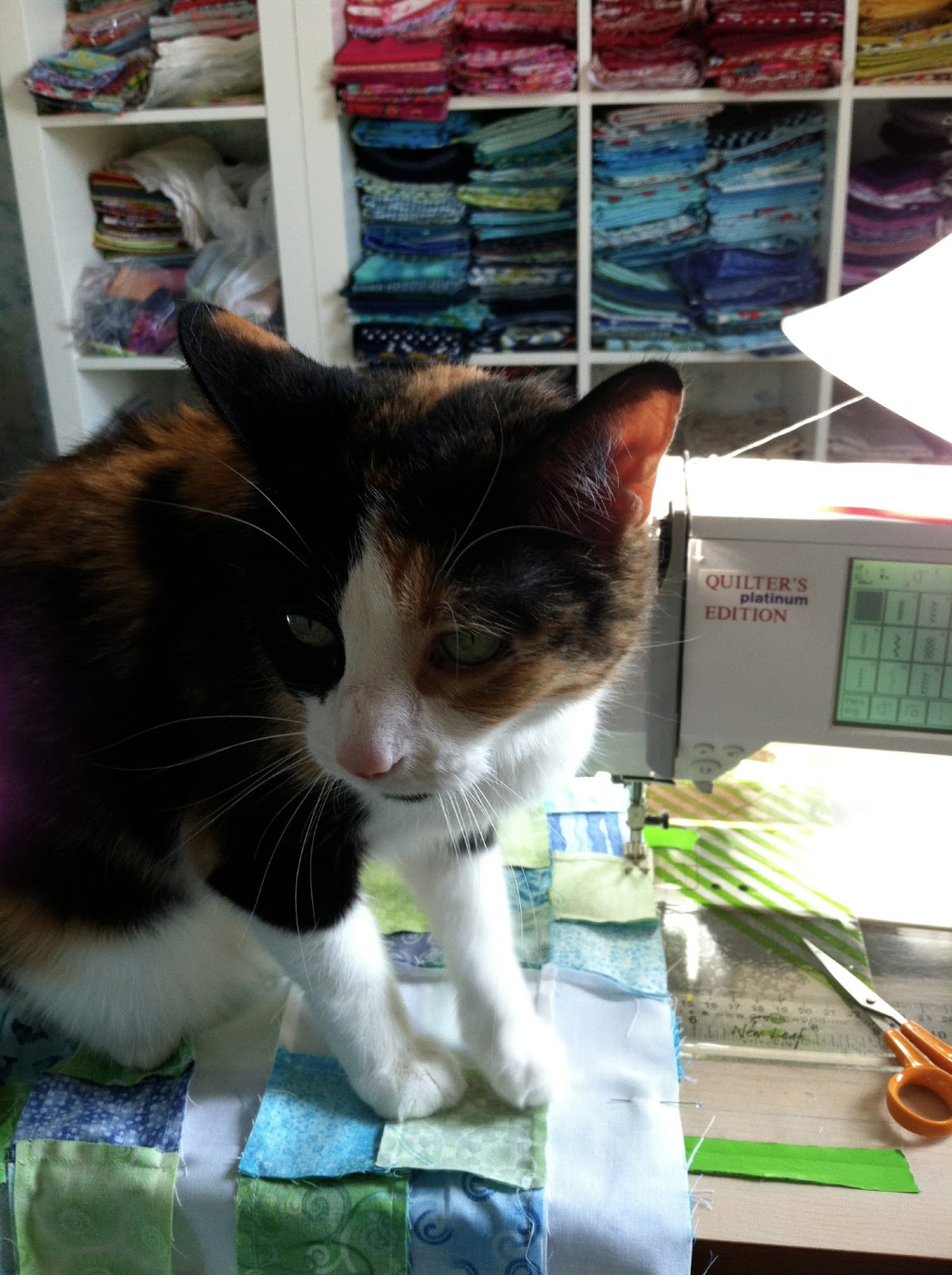 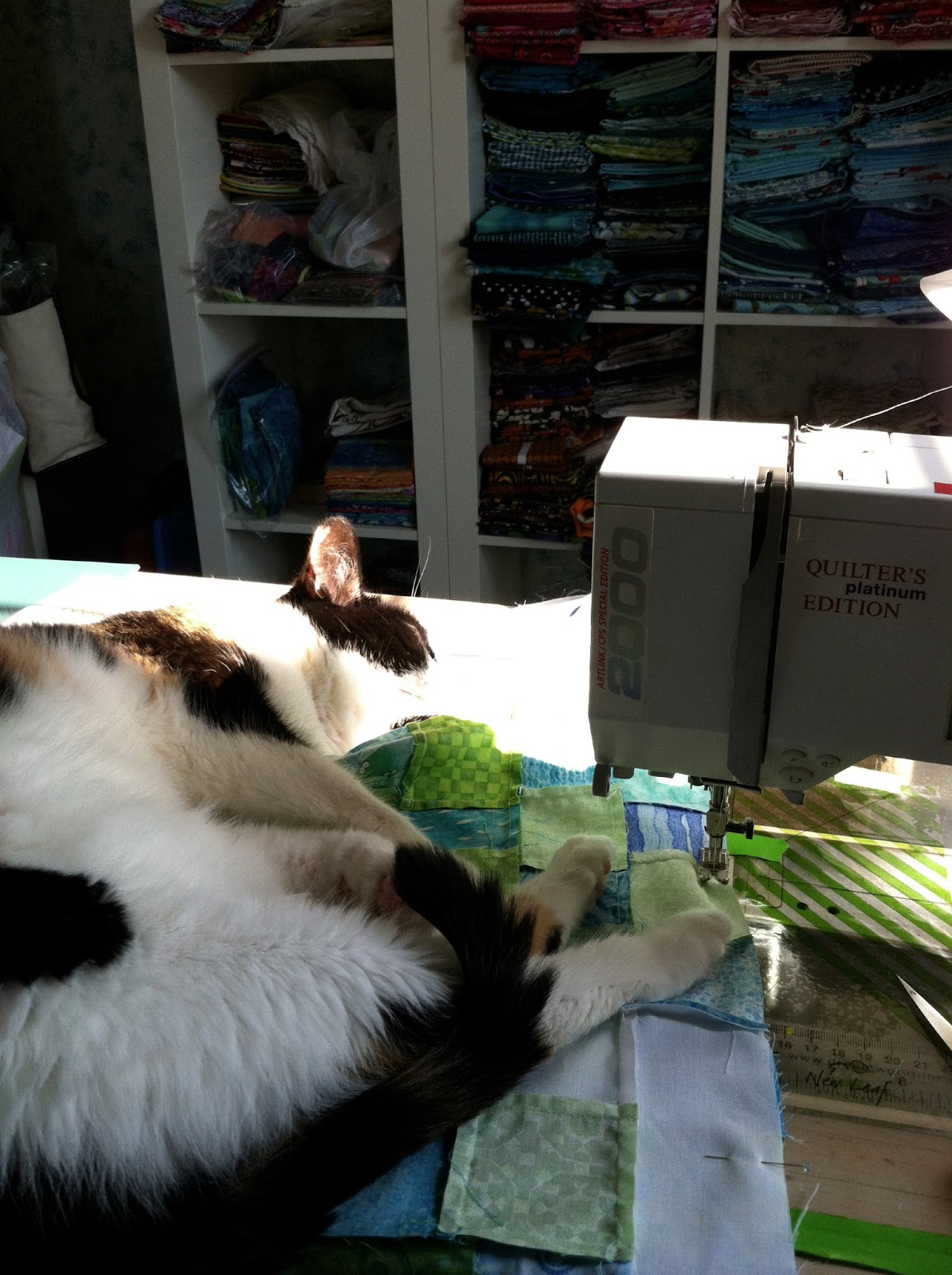 Just look at how close those adorable toes were to the needle! 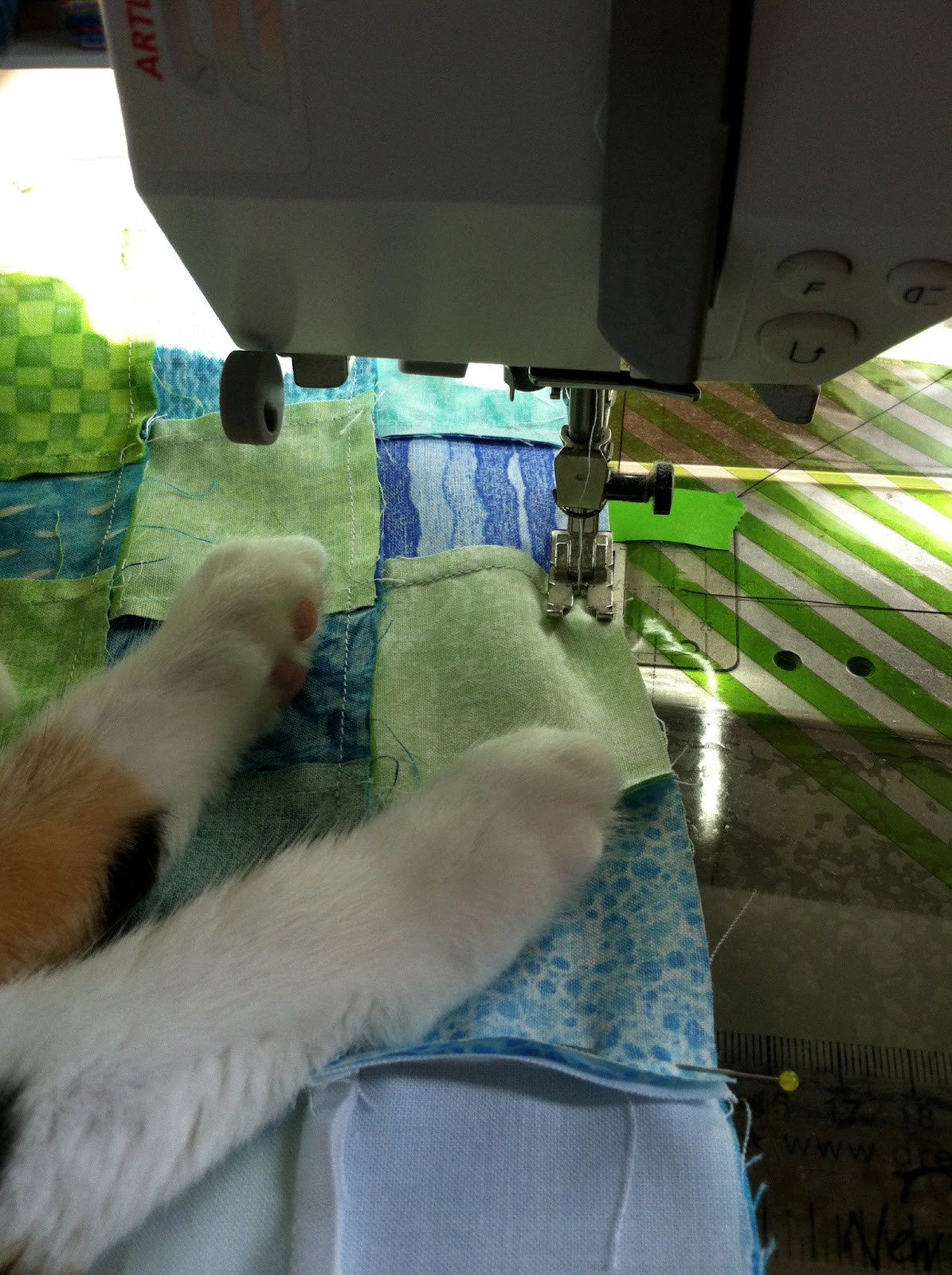 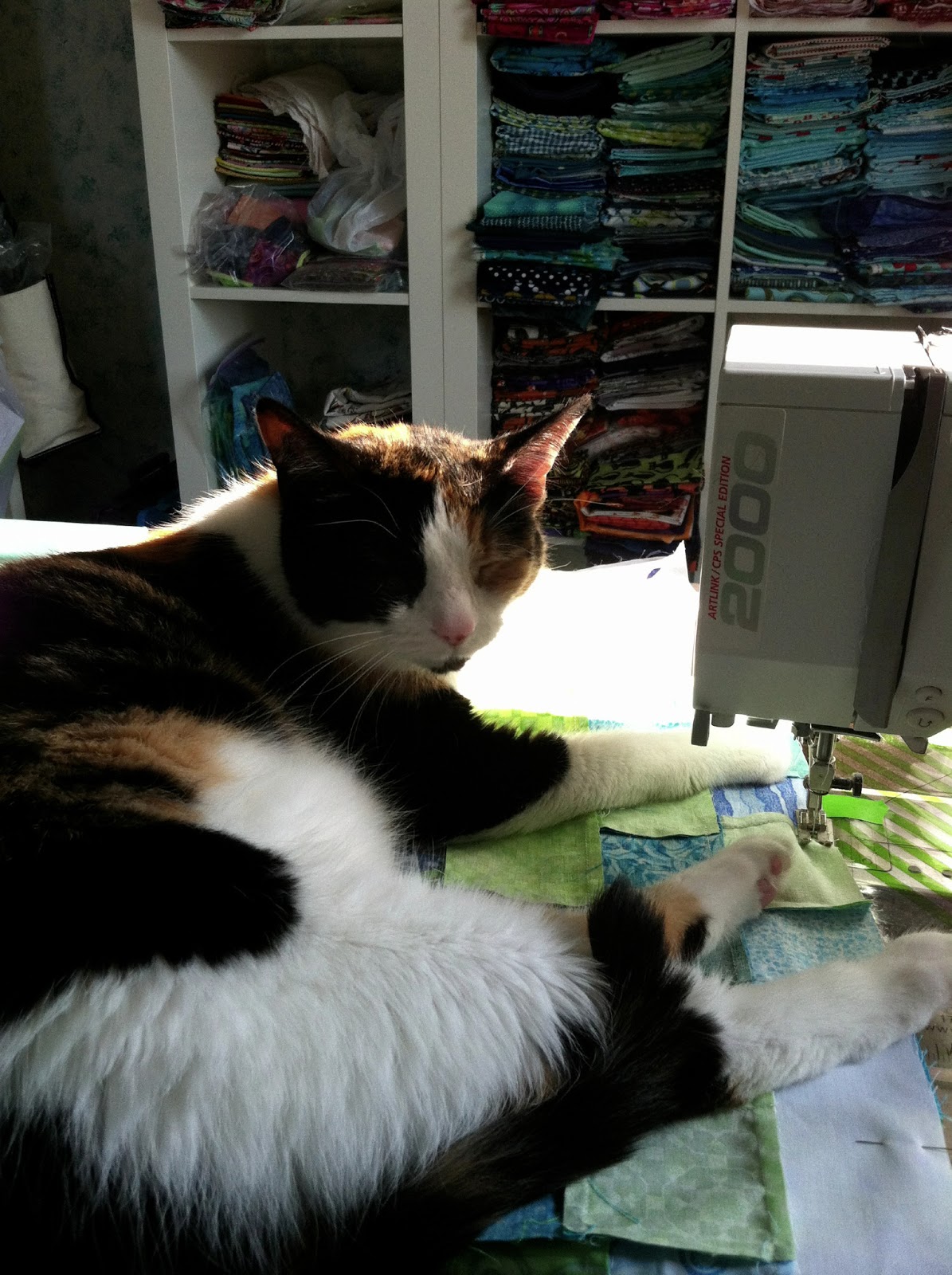 She finally settled down and I was able to put some of the top together. 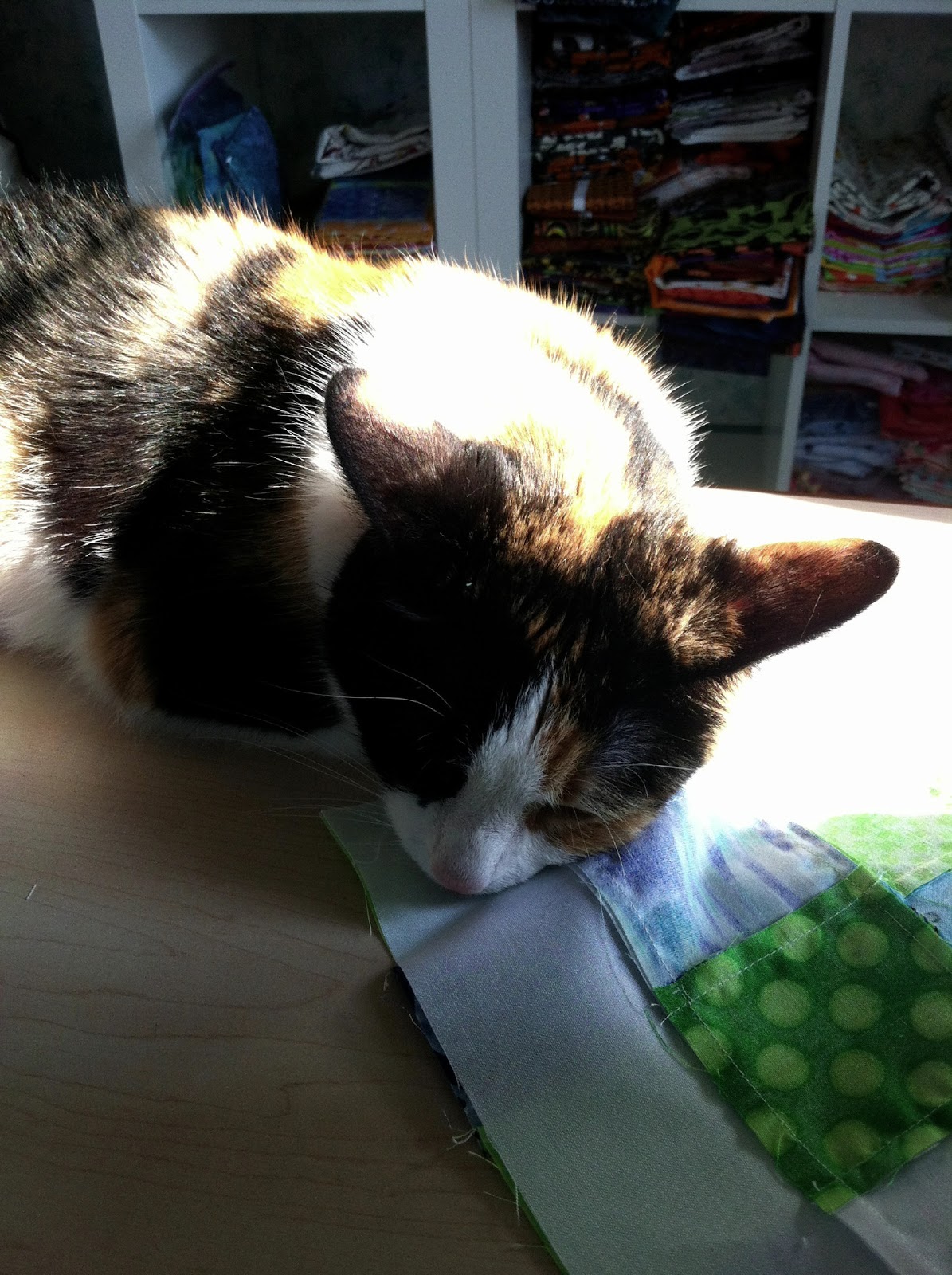 Have you ever started sewing assuming you knew how to put something together?
I was doing this and could NOT figure out why my top was not coming out like the pattern!!
Then I looked closer and realized what I was doing wrong.
I ended up having to rip out 3 rows and re-sew some ends and rows and ACK,
it was NOT a great sewing night!
I don't happen to have a photo of the top so far but will take one soon. 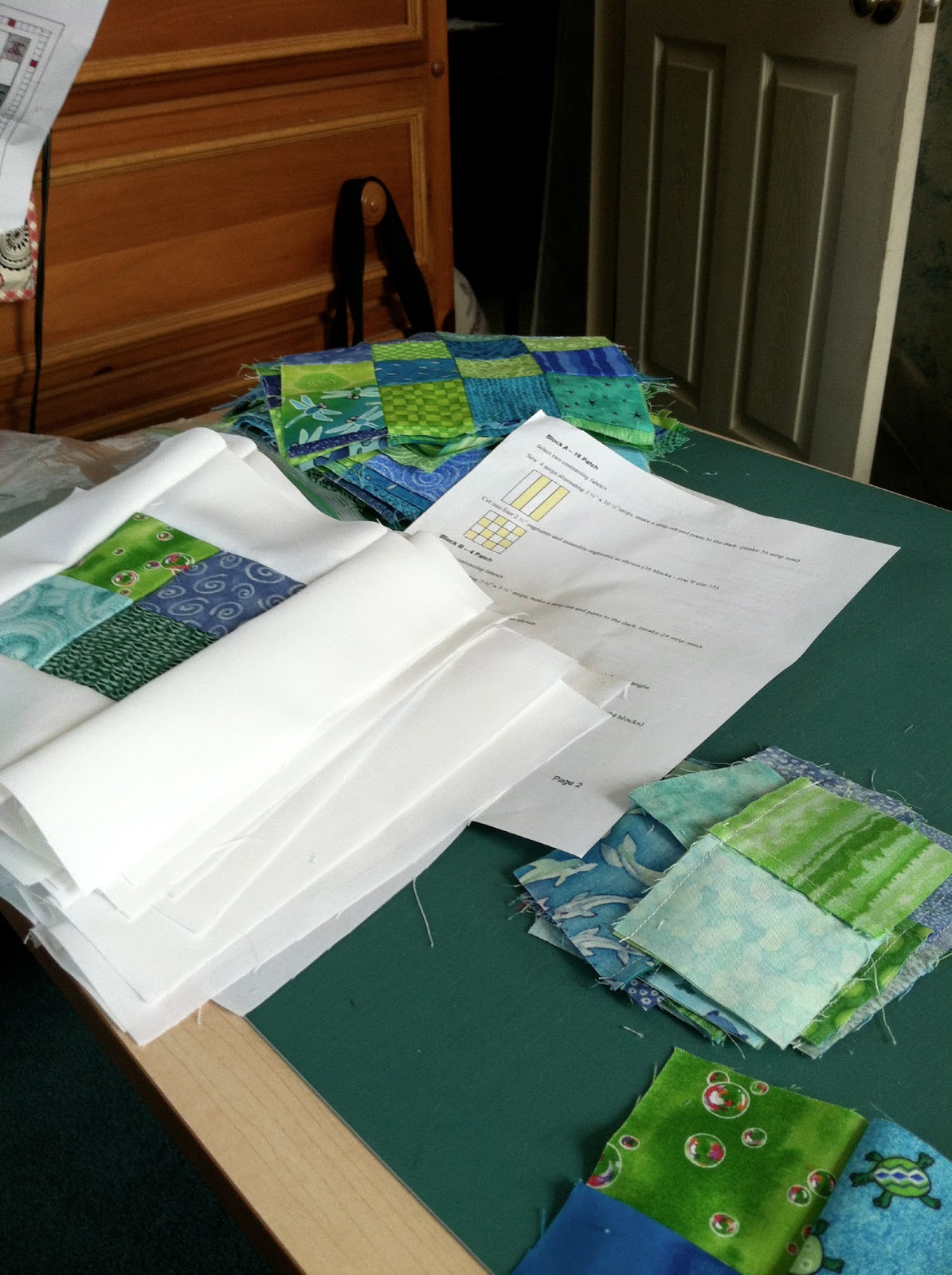 You can see the blocks here.
A 4 patch sashed in white, and a 16 patch using blues and greens.
The blocks alternate and are set on point.
I am not sure I am going to do the borders as in the pattern but
I am hoping to get the center part of the top finished before I leave for my quilting retreat on Friday.

I am going with some of the others from the Ann Arbor Modern Quilt Guild
for a quilt retreat this weekend.
I will be there from Fri-Sun, meals provided.
Sounds like a great weekend which should also be very productive!

Your kitty pics are gorgeous and her little toes really are adorable. I have a thing about kitty paws.. luv em!:o) Love the fabrics you are working with too...gorgeous colours. Glad you discovered your little faux pas early and not too much time was lost.

It's nice to see that someone else has kitty woes. My kitty will sometimes reach through and try to grab the needle. It scares me. She will deliberately grab the thread and play. They get us sidetracked a lot. But they make us smile!

She needed you to pay attention to her and not sew right? I so wish I wasn't allergic to cats as they go perfectly with quilts :)

Whenever I start sewing it seems to beam a call out to my cat--I call him the Quilting Supervisor! Sometimes my blog looks more like a kitty blog than a quilting one. Looks as if you did finally get your quilt top figured out, and it's going to be wonderful. I'm sure your nephew and his bride will love it!

I couldn't help but chuckle at all the help you had. The can be blamed for keeping your mind off what you were doing and causing the resewing requirement.