There were several amazing things that happened at my house this weekend.
The first was that my daughter had to take her turkey's for processing.
Some of these birds were HUGE.
My hubby went over to the farm around 6am to help her gather them up and load them in the truck
to take to the processor.
Just look at this beast of a turkey! 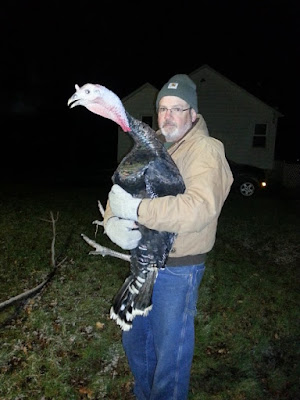 I was comfy at home and it began to snow. 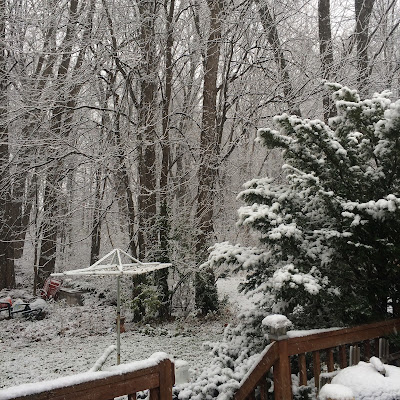 Which was ok as I was watching the MSU vs OSU football game.
I looked out again and we had many more inches!  It was the first snow of the year in Michigan. 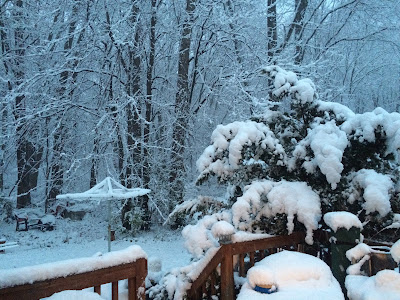 I think we got over 10 inches! 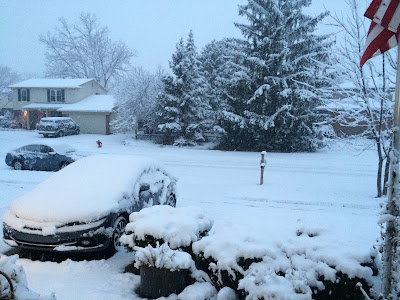 Abbey loves the snow so she was thrilled! 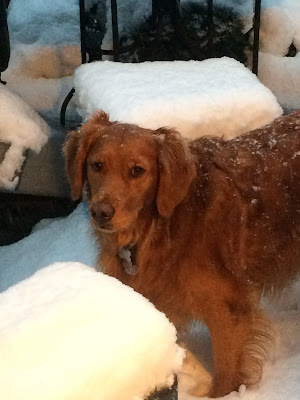 Fatty McFatty put her ample girth over the heating register and thus made the entire house colder.  Hey, what did she care?  Her belly was toasty warm! 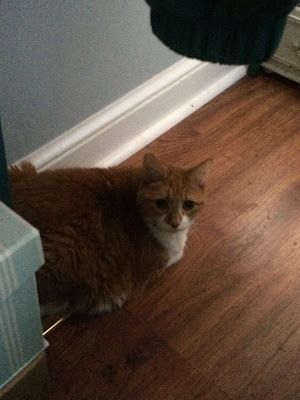 I watched the game and could not be more thrilled with the outcome!
We beat the number 3 team in the nation!!! 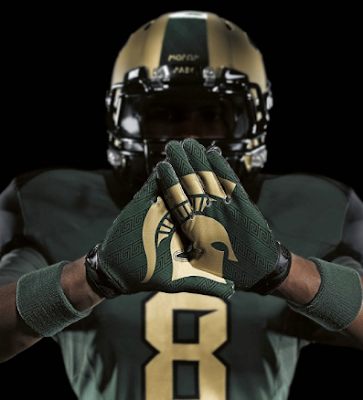 I decided to work on the label for the next wedding quilt while I was watching the game.
I made some good progress!
I actually managed to finish the embroidery, I just took this early into the game. 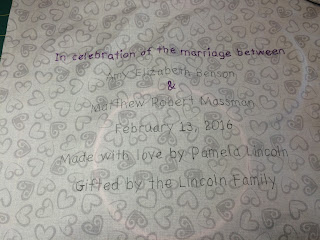 I have more to share but need to run, so more later.

I have a hard time taking care of one of my chickens when they need to be put down. I don't think I could do it if I raised a turkey. I would be crying all the way.

Don't send that snow to NJ!!! We are supposed to be close to 60 degrees the next few days. Happy Thanksgiving... poor turkeys.