We went into Brevard and walked around as the shower was not until 5pm.
I got a good photo of the kids with Nick's nana before we left for the shower.
We stayed with her while we were in Brevard. 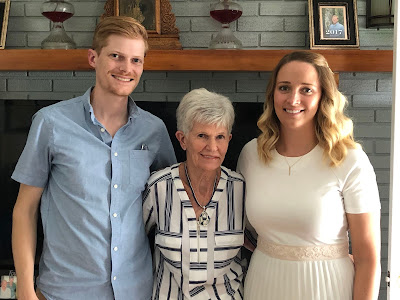 The shower was held at a friend of Nick's moms farm.
They had build a barn for a wedding reception for their son and
told Julie (Nick's mom) they could use it for the shower.
Nick's mom had LOTS of wonderful friends that helped her put on the shower.
The venue was perfect and so was the weather.
This is a 360 of the venue.

Bride to be and groom to be 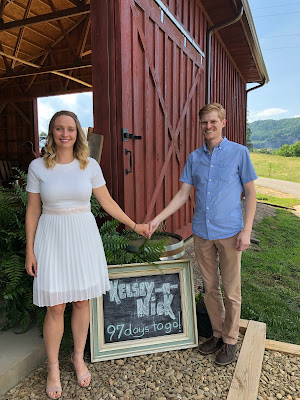 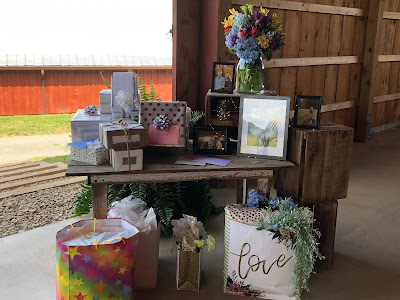 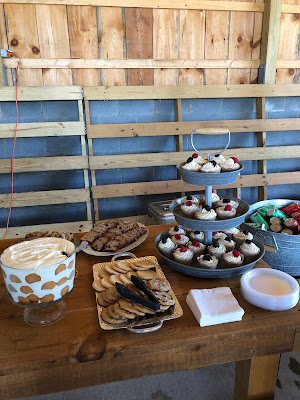 The fresh flowers were to die for! 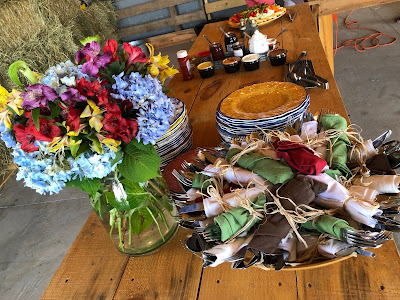 Did I mention we had live blue grass music for the beginning of the shower!?!
Friends of Julie's.
They did an amazing job and it was so fun having live music!

Kelsey with her matron on honor.
Notice her belt?
I made that 2 nights before the shower.
I sat at her kitchen table sewing by hand.
It looked amazing with her dress, like it came with the dress. 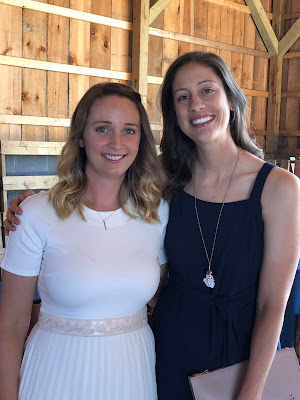 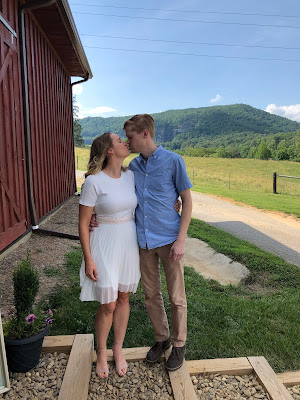 Gift time.  Here are 2 of the pillows I made for them.  I will share more of these later. 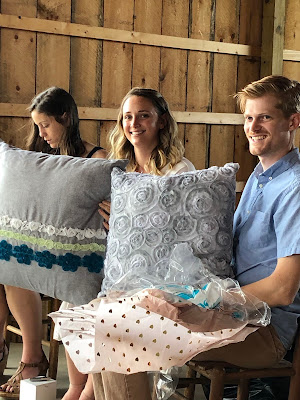 Here are 2 more that I made for them. 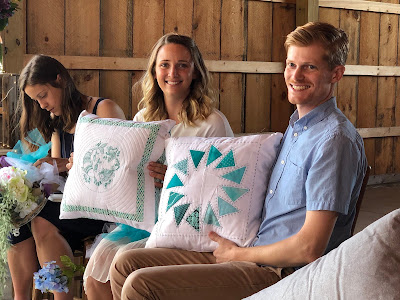 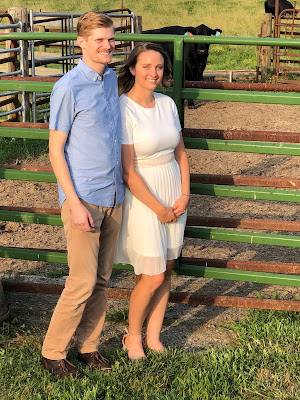 Amy did an amazing job on the bow "bouquet"  She will be carrying this at the rehearsal. 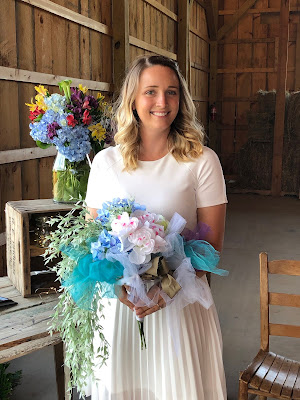 I think Nick looks like a model in this photo! 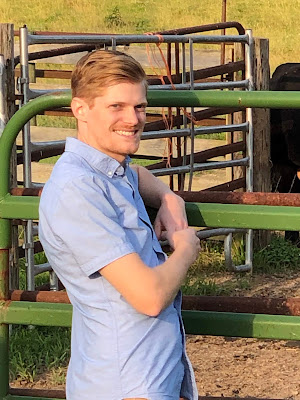 Packing up to go. 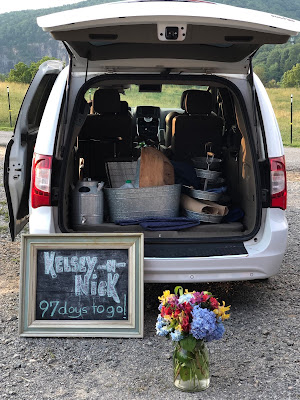 After the party we went to the local brewery, Oskar Blue, for a drink. 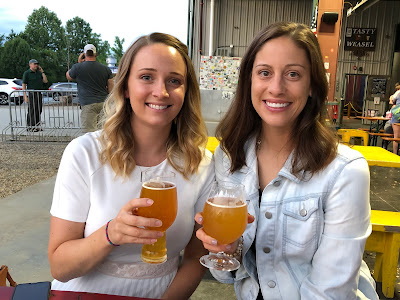 It was the BEST day.
I was so grateful to Nick's family for showering them so generously!

Thanks for everything Julie and Rick (and friends).
Can't wait for the wedding!