I took this photo in my garden today.
Isn't she beautiful among the Peonies and roses? 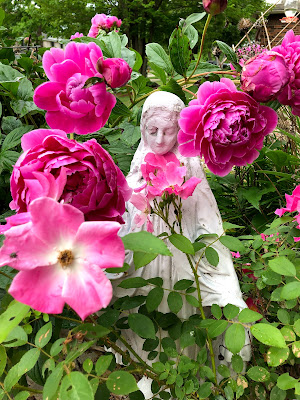 I have been working with the cats to try to teach them to use buttons to communicate with me.
I recorded my voice on 3 buttons.
I recorded "foods, Play and outside"
I was targeting Cole but Finn is also interested.
Not too suprisingly he has hit "foods" a few times today but only when I went to the board.
I am hoping they will get the hang of it.
Cole always hangs back when Finn is there too.
Here is our button set up, I moved the pop so it was less crowded. 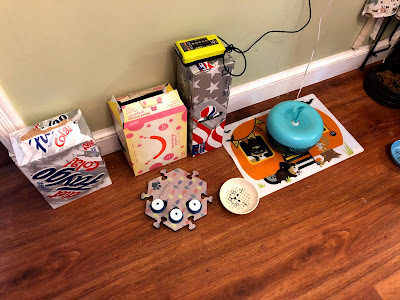 I am trying to get some things ready for my upcoming July retreat.
One thing I like to do is to make a little something for my friends.
Another friend turned me on to these.
Her friend made them and calls them "Thready Parker"
You use them next to your machine to put the threads you cut off.
I thought it was so clever.
Left over batting  (6" ) and fabric (8") 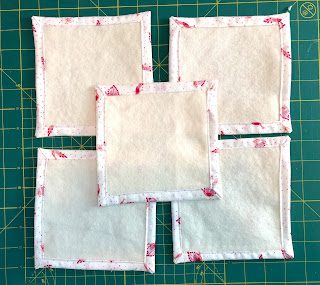 I joined a QAL, like I have a brain in my head.
It's called Patchwork Flying Geese.
I chose navy and low volume for my geese.
I have a recipient in mind for it too.
So I guess it's not that bad right?
Cole was helping me cut everything out. 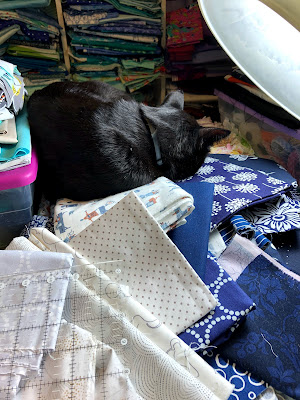 These geese are HUGE.
I bought a Bloc Loc ruler to trim them and it is 5 x 10!!!
GIGANTIC! 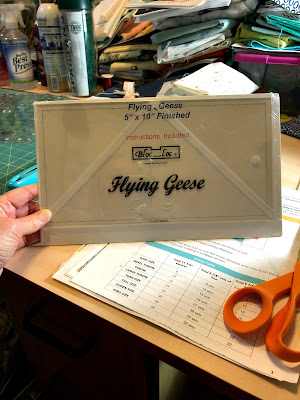 Lastly, I have been playing with an animation app called Voila.
It makes you into a cartoon.
This was me when I did it.
I sure wish my skin was that nice, LOL.
It's a fun app to play around with! 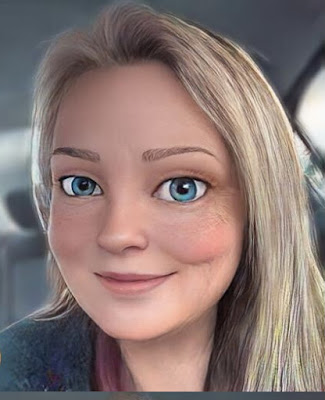 Your "Thready P's" look great! I'm fascinated by the cat training, I can't wait to hear more about your success at this task. Good luck!