Stratford and the Swan Festival

Our daughter had given us a two night stay at the
Stone Maiden Inn in Stratford Ontario, Canada for a Christmas gift.
For some odd reason she thought we needed to get away from it all.
After finally being able to go and coming home, I realized she was right.
I feel much more relaxed and energized and ready to work!
We had a great time.
We drove to Stratford and it took us about 3 hours.
Here is the Inn we stayed at. 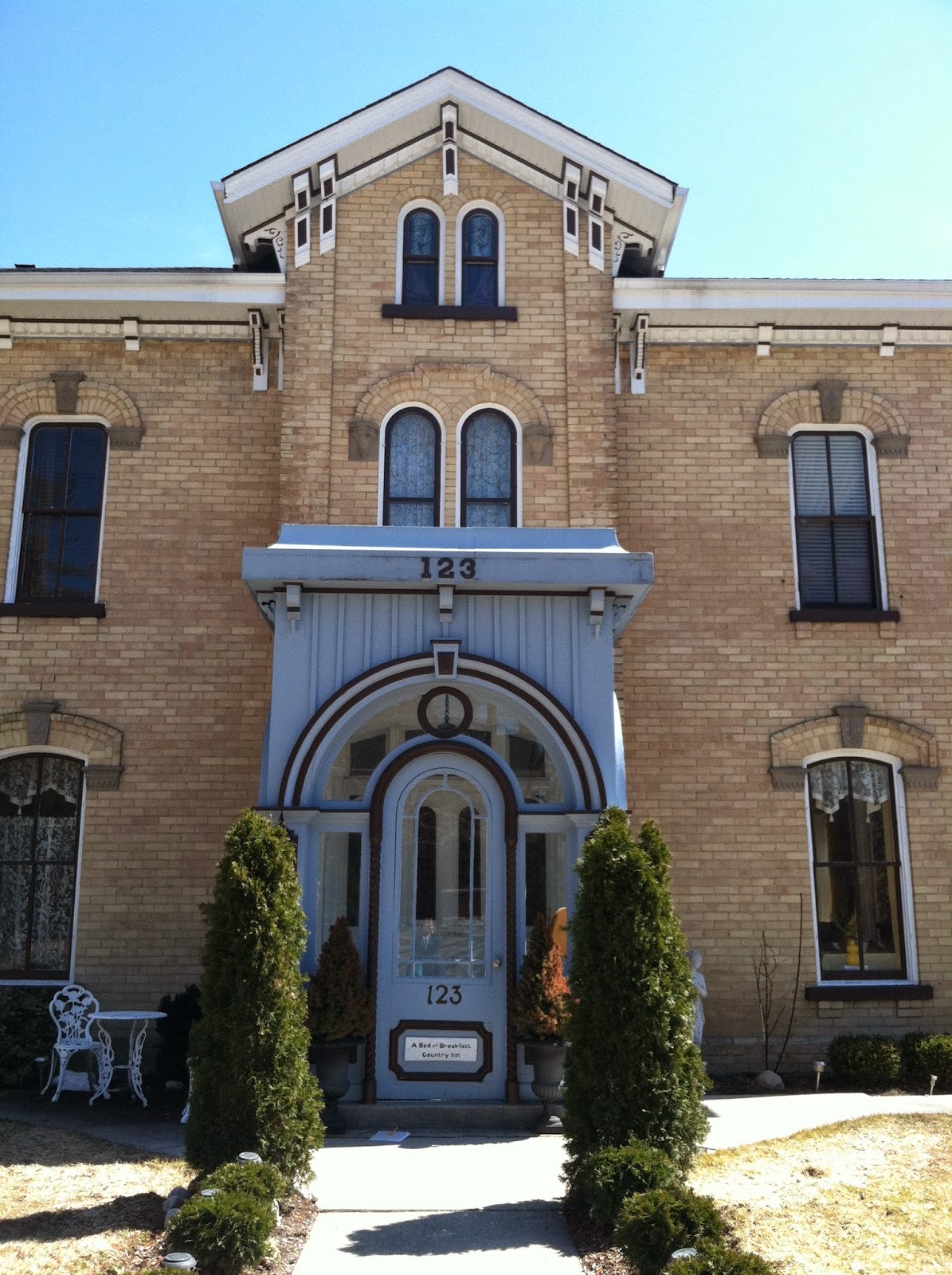 We stayed in The Secret Garden room. 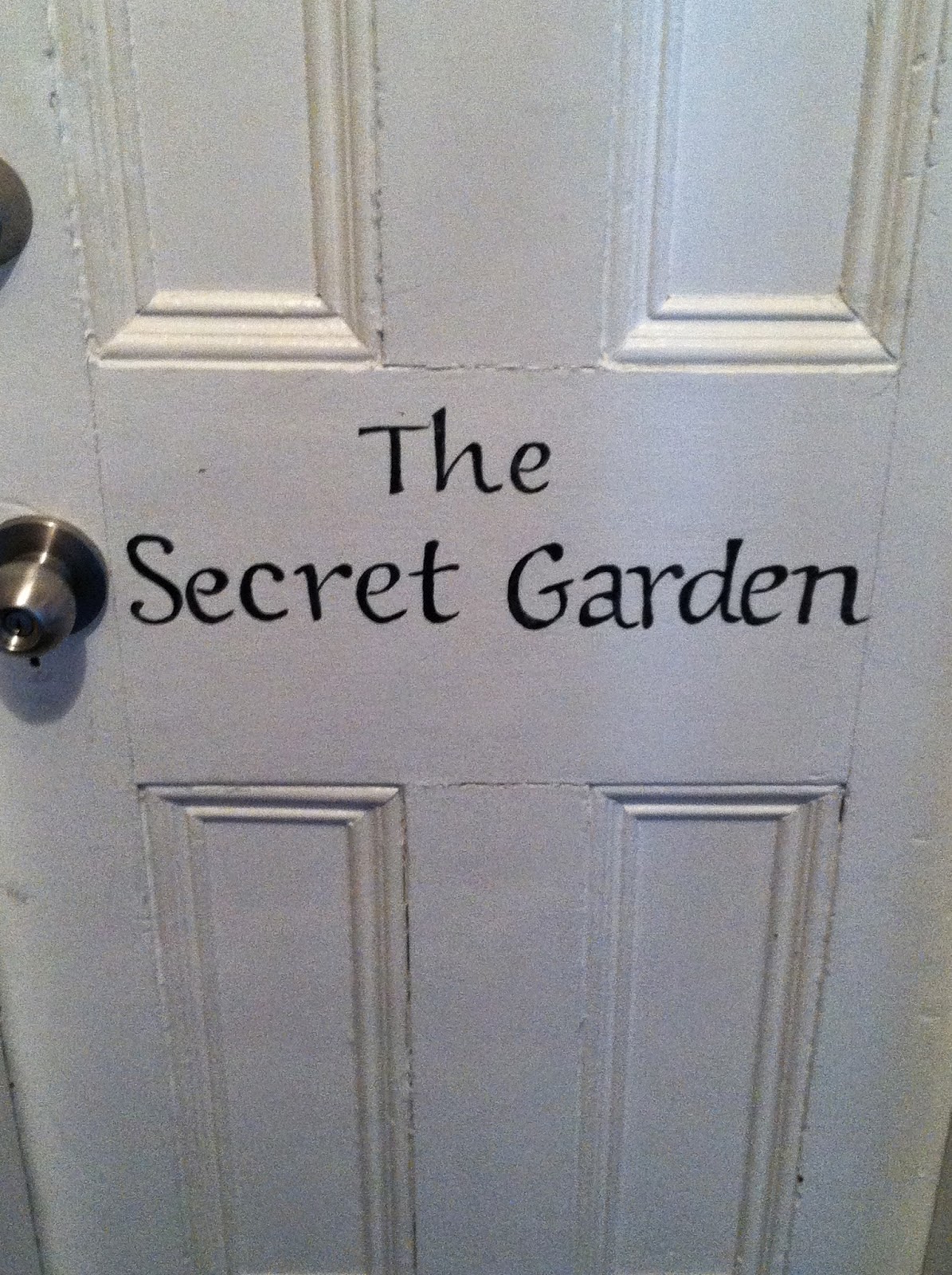 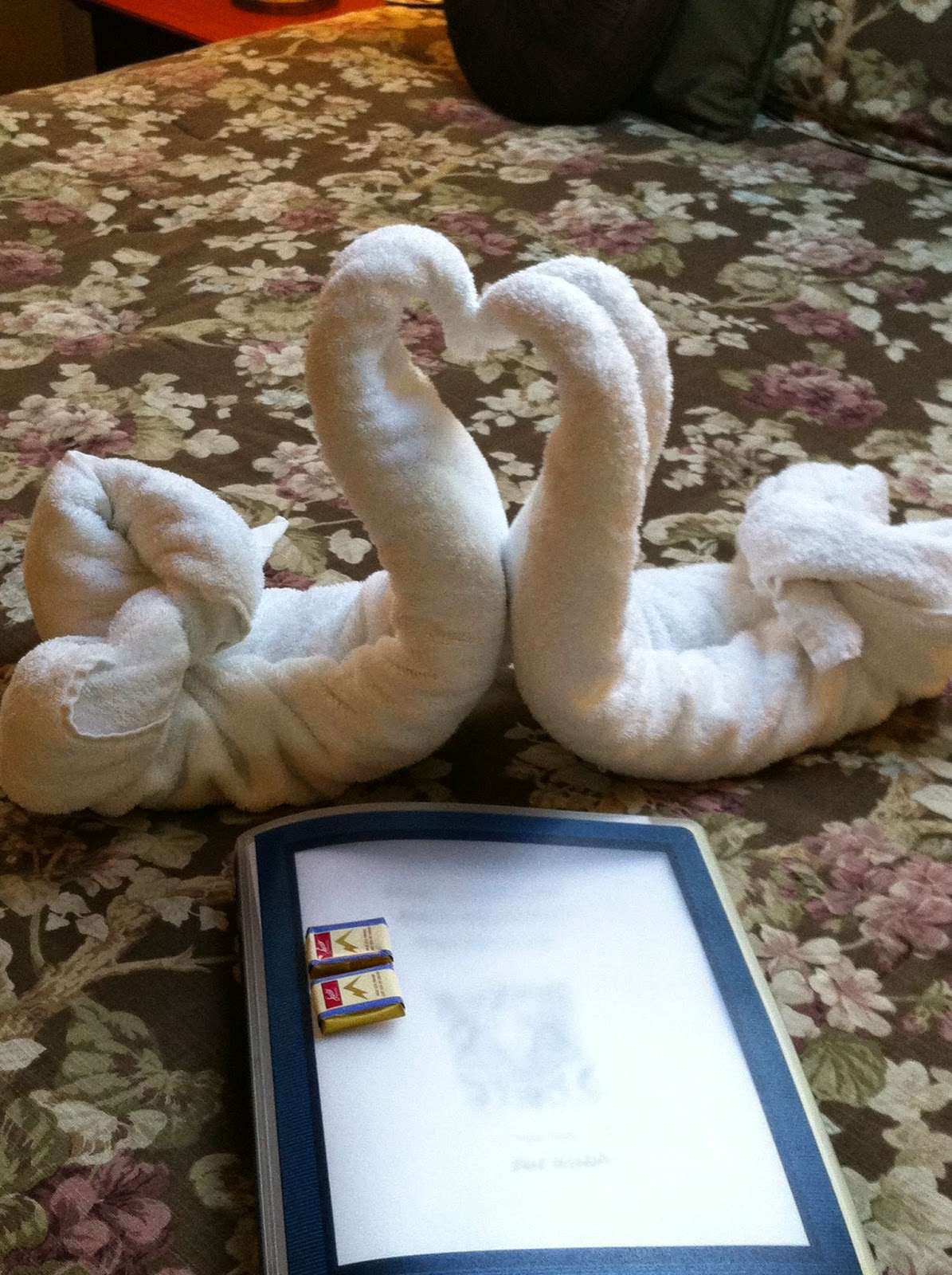 We walked everywhere and had beautiful weather.
We went into some amazing chocolate shops.
This one was the BEST.
Rheo Thompson.
That bunny was gigantic! 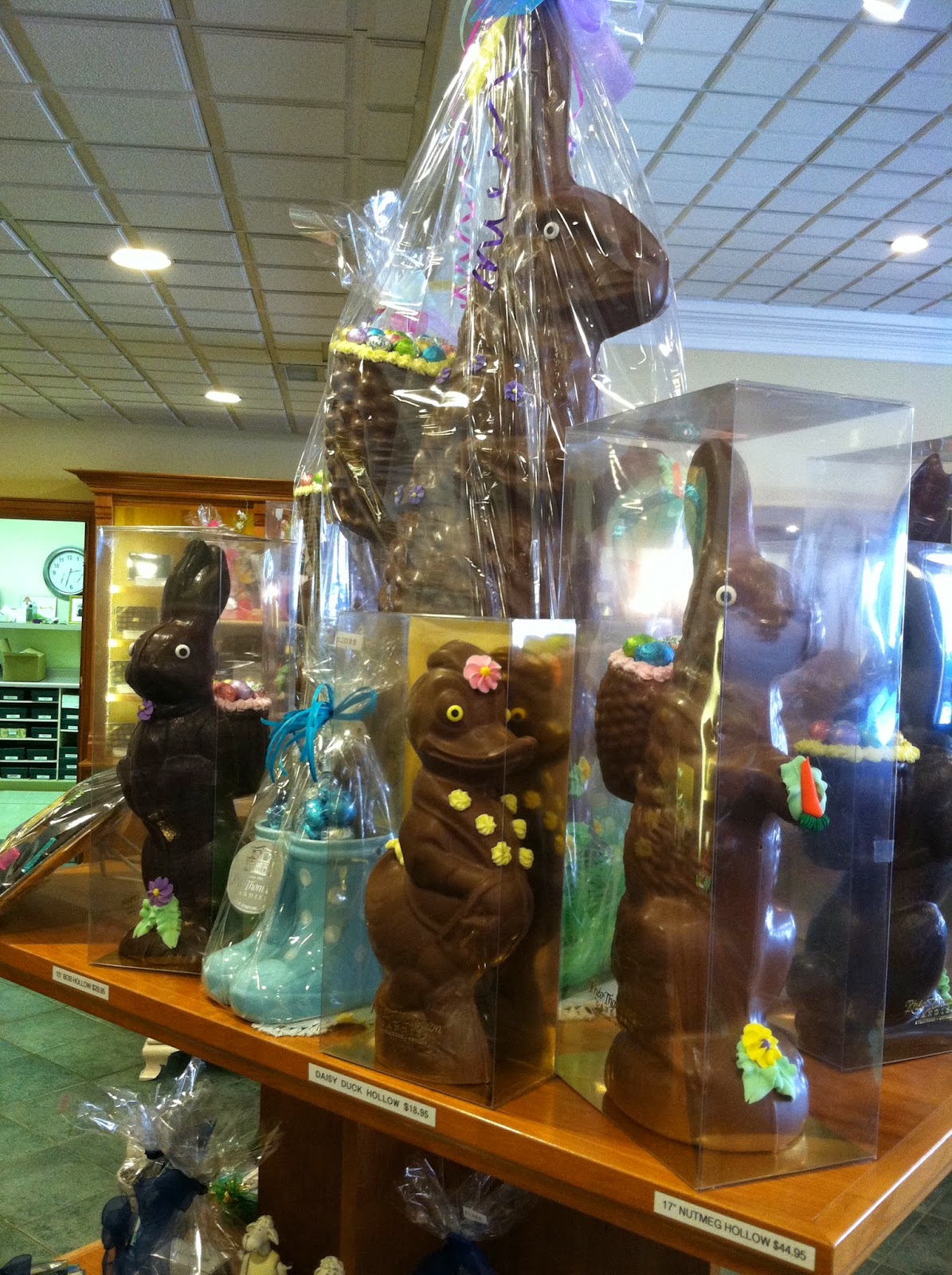 A different chocolate shop had these amazing apples! 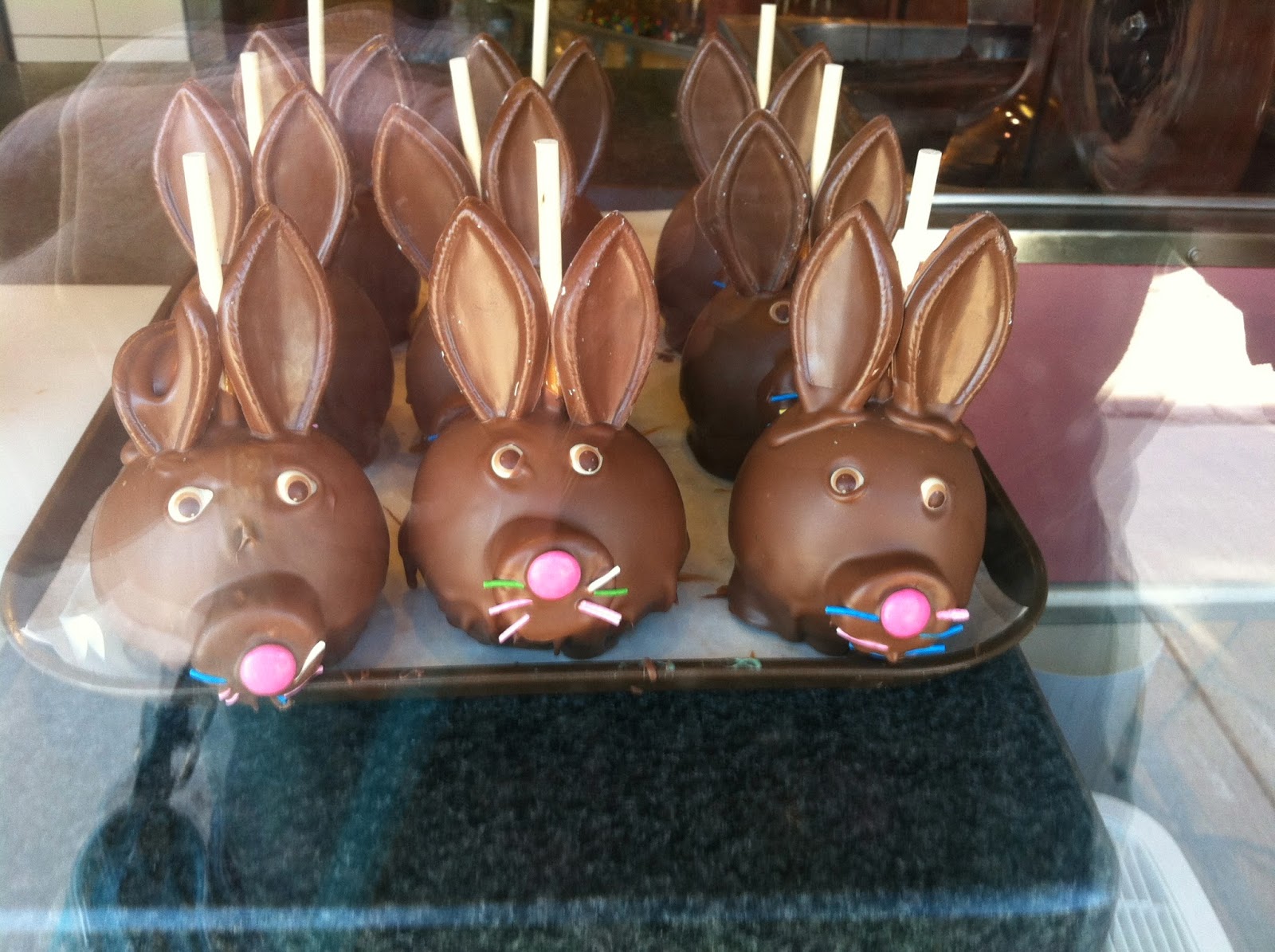 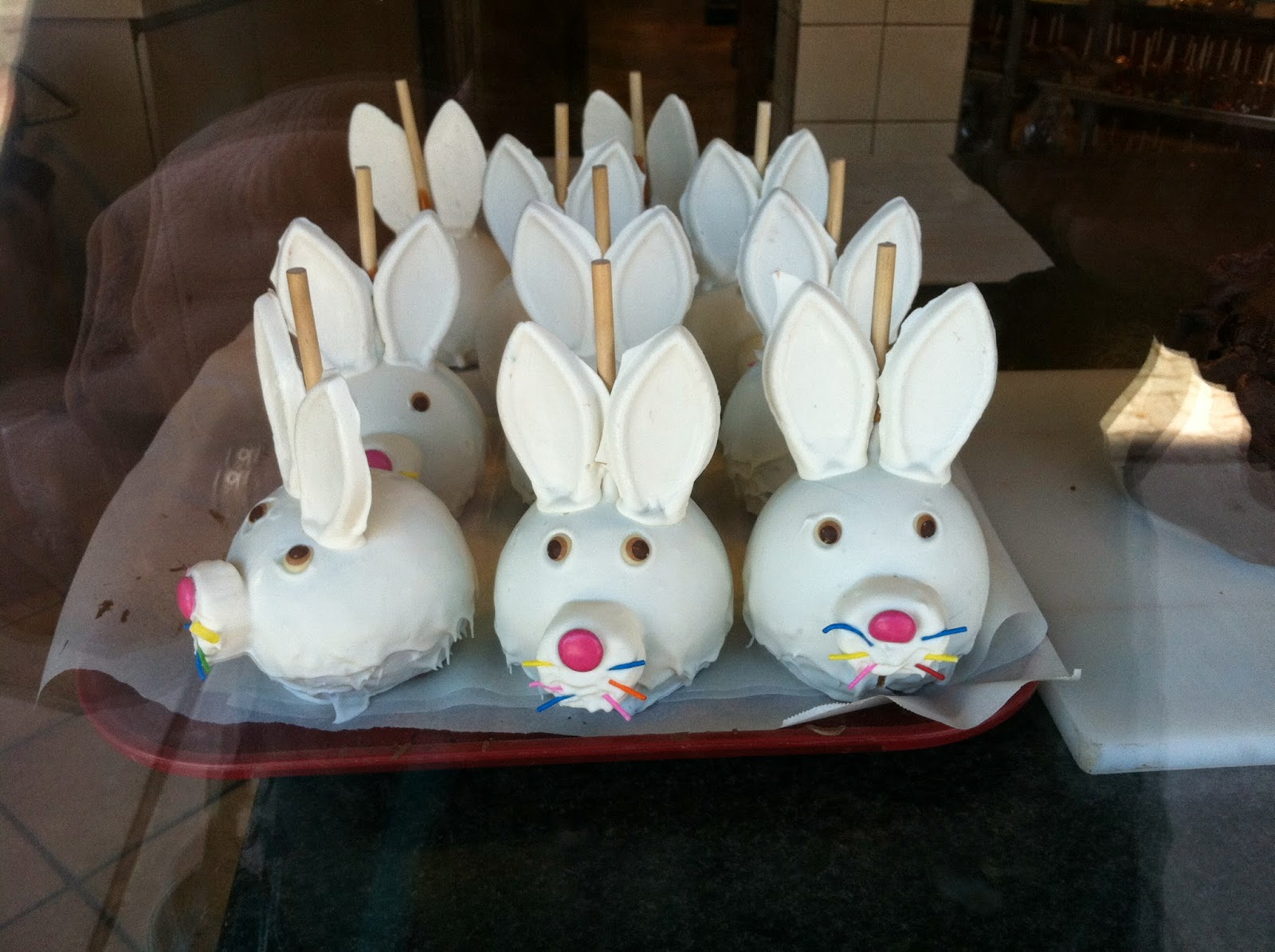 We walked along Lake Victoria (the locals call it Avon Lake) 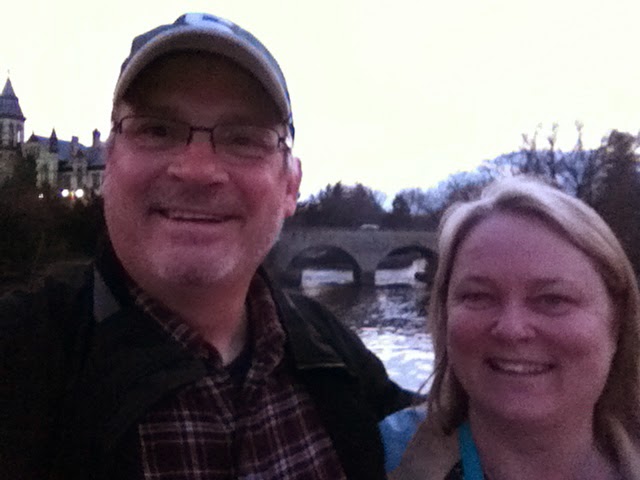 There were free carriage rides this weekend so we did that too. 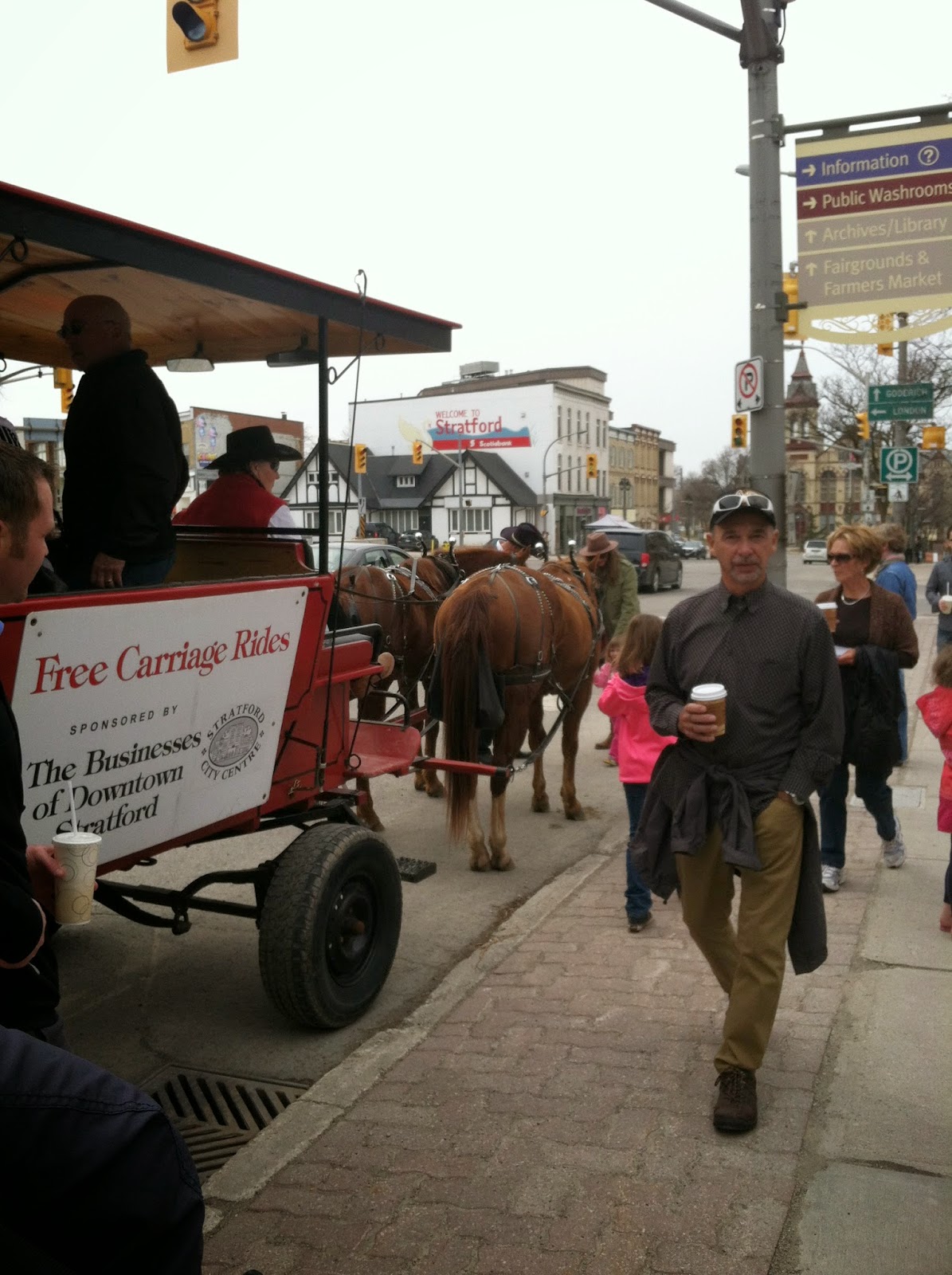 Sammy the Swan was there to hug the kids! 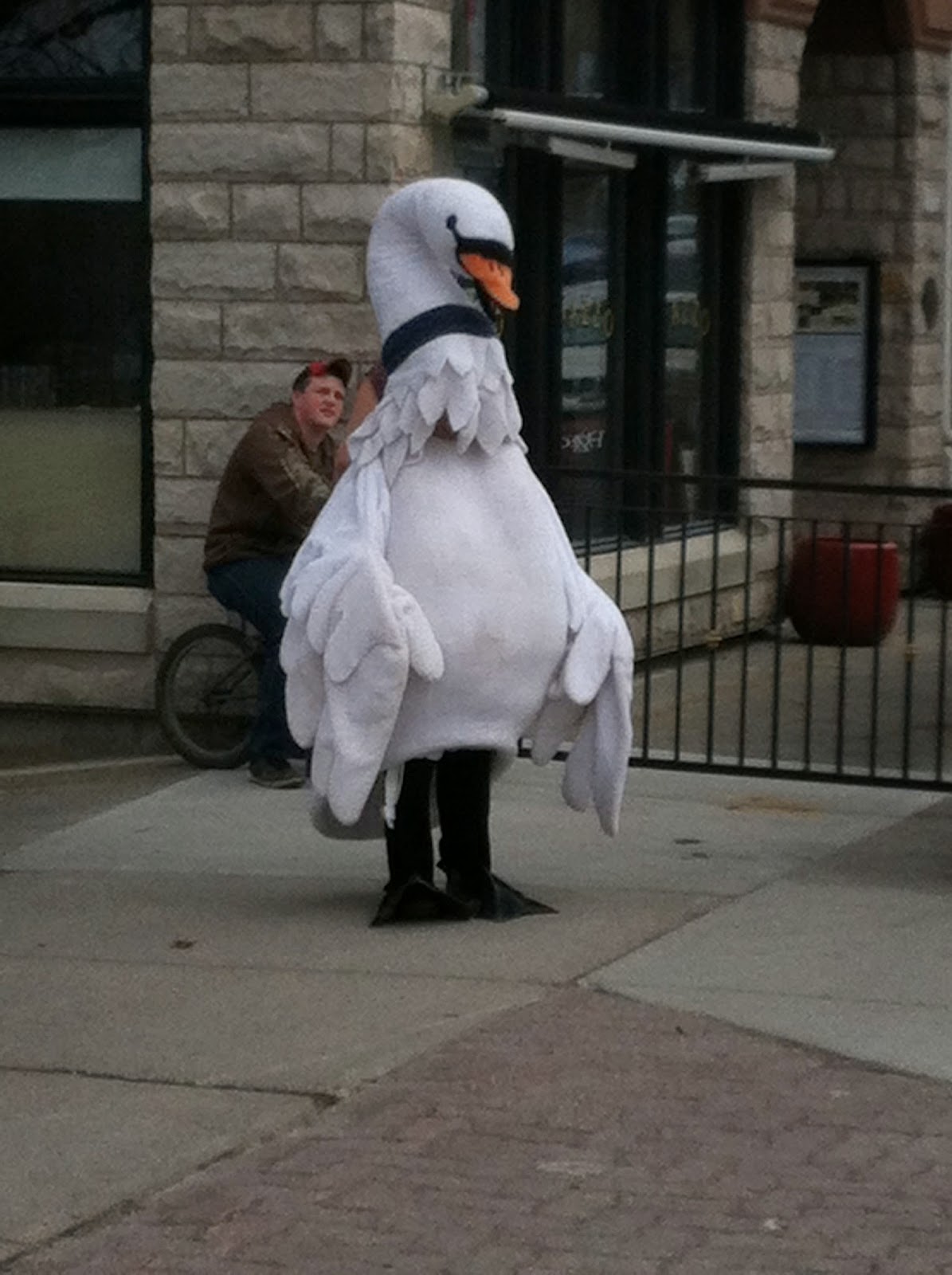 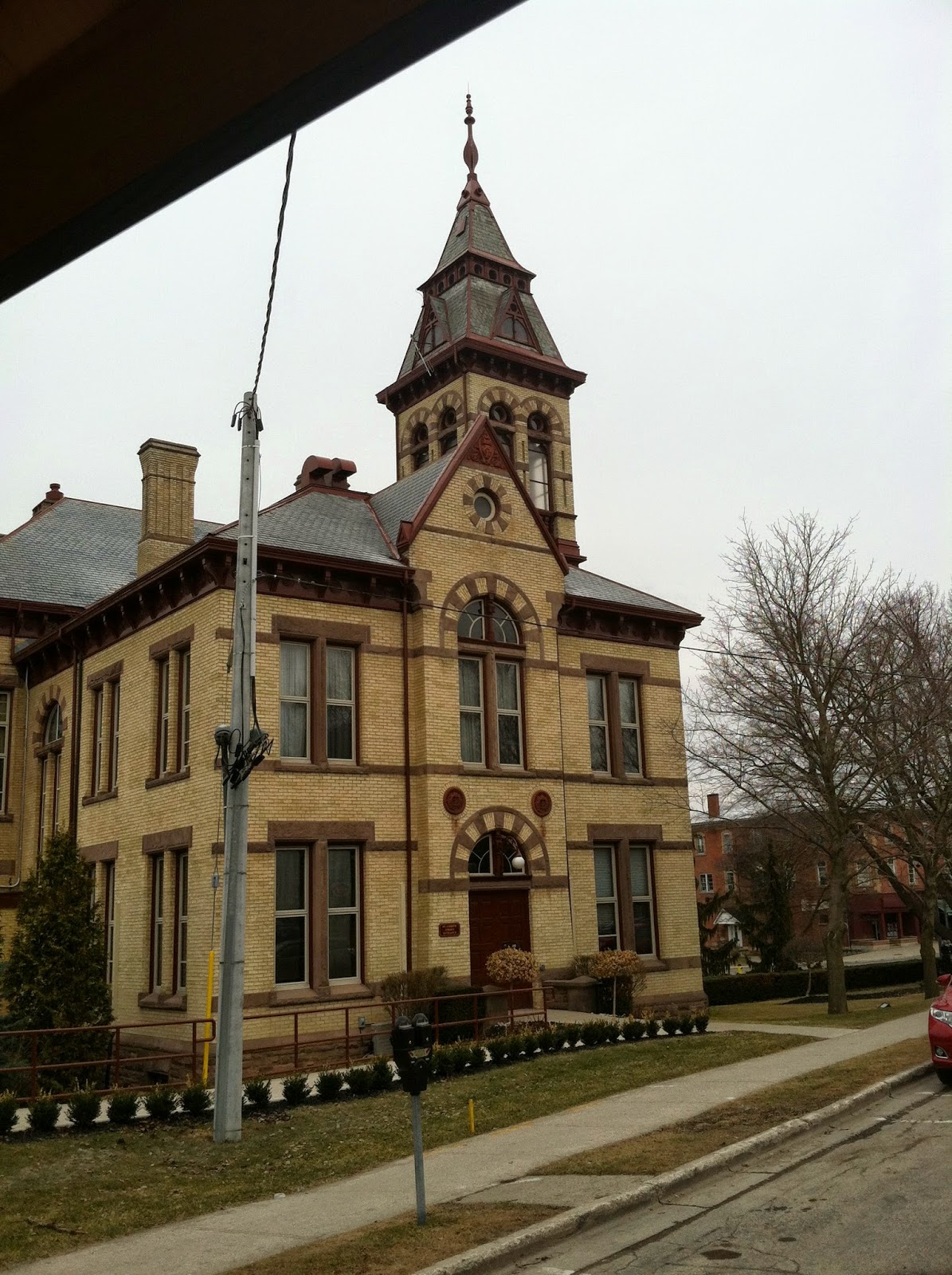 The city hall was pretty spectacular too 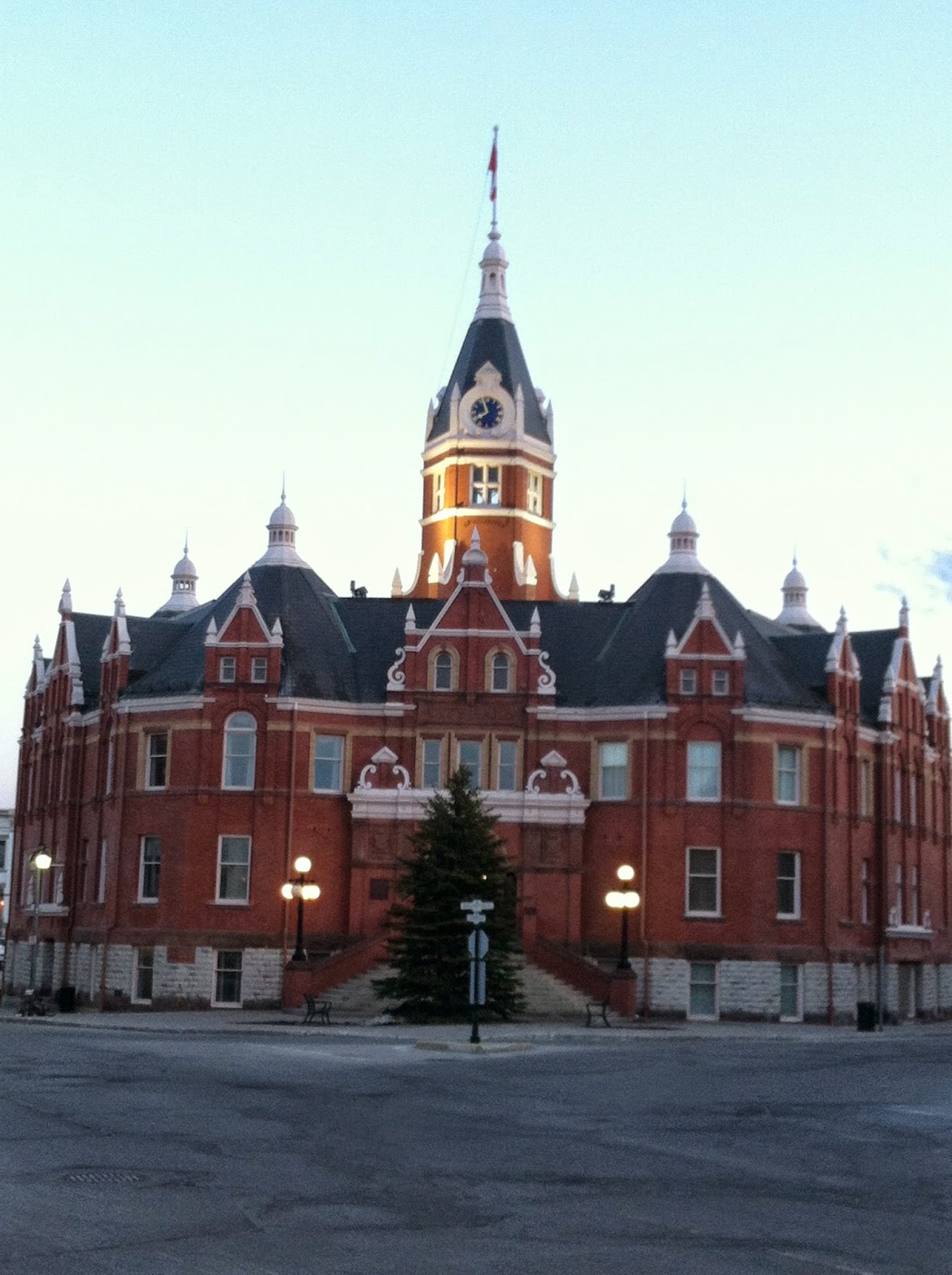 Stopped in at the local pub one night and had a beer. 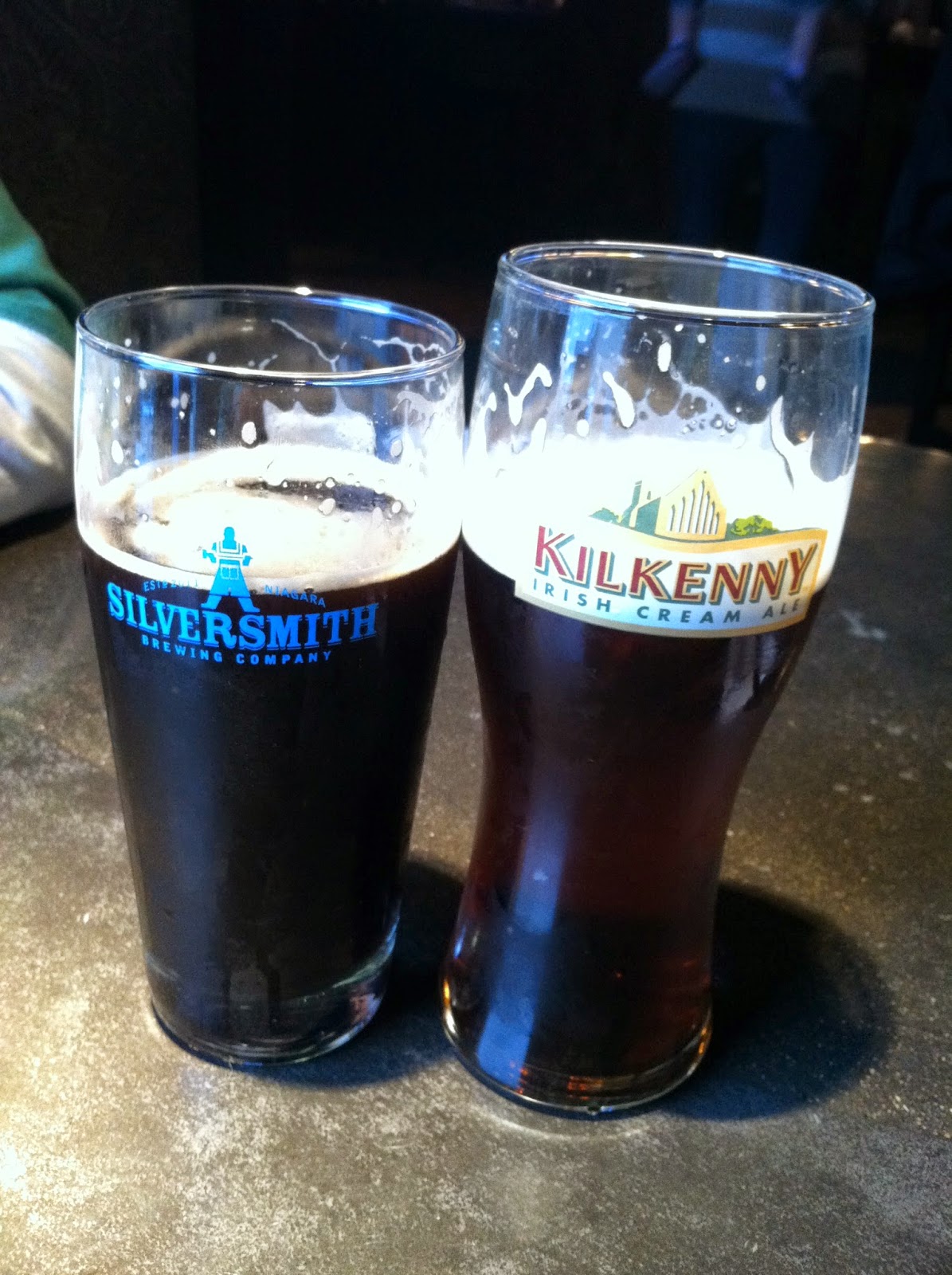 This was the weekend of the Swan Festival.

On August 23, 1918, a pair of Mute swans was released onto the Avon River in Stratford. They were a gift to the city from Mr. J. C. Garden.  The population of Mute swans has grown considerably since 1918. Over the years, swans from other bloodlines have been introduced and the resulting
offspring have firmly established Stratford’s herd as healthy and diverse.
Several of the swans on the river today are descendants of Queen Elizabeth II’s royal herd. In 1967,
Her Majesty gave six pairs of Mute swans to Ottawa in honour of Canada’s Centennial anniversary. Subsequently, one of the pairs was then given to Stratford. The female lived more than 20 years on the Avon and had several mates and numerous offspring. 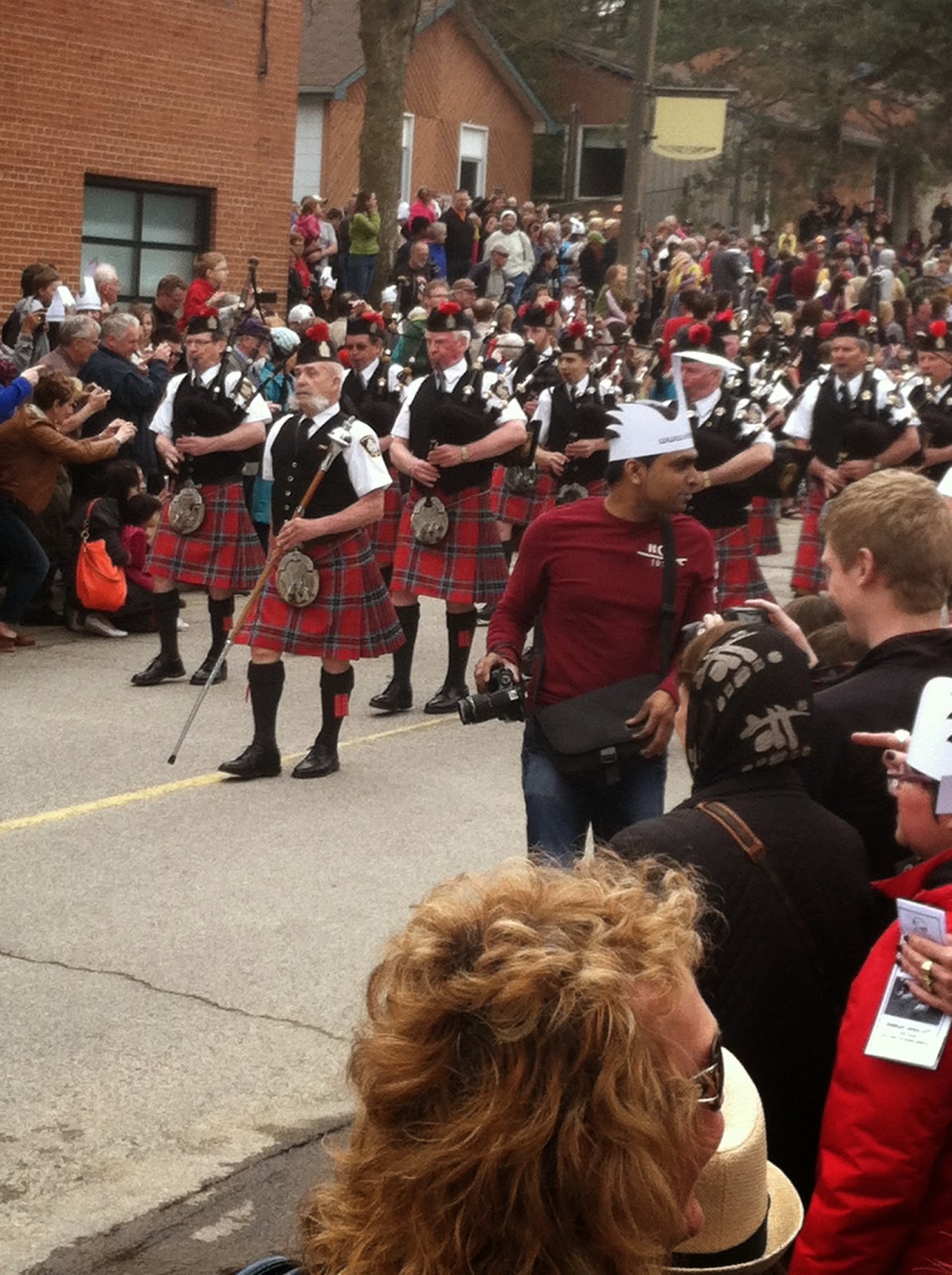 They are beautiful birds!  And HUGE!! 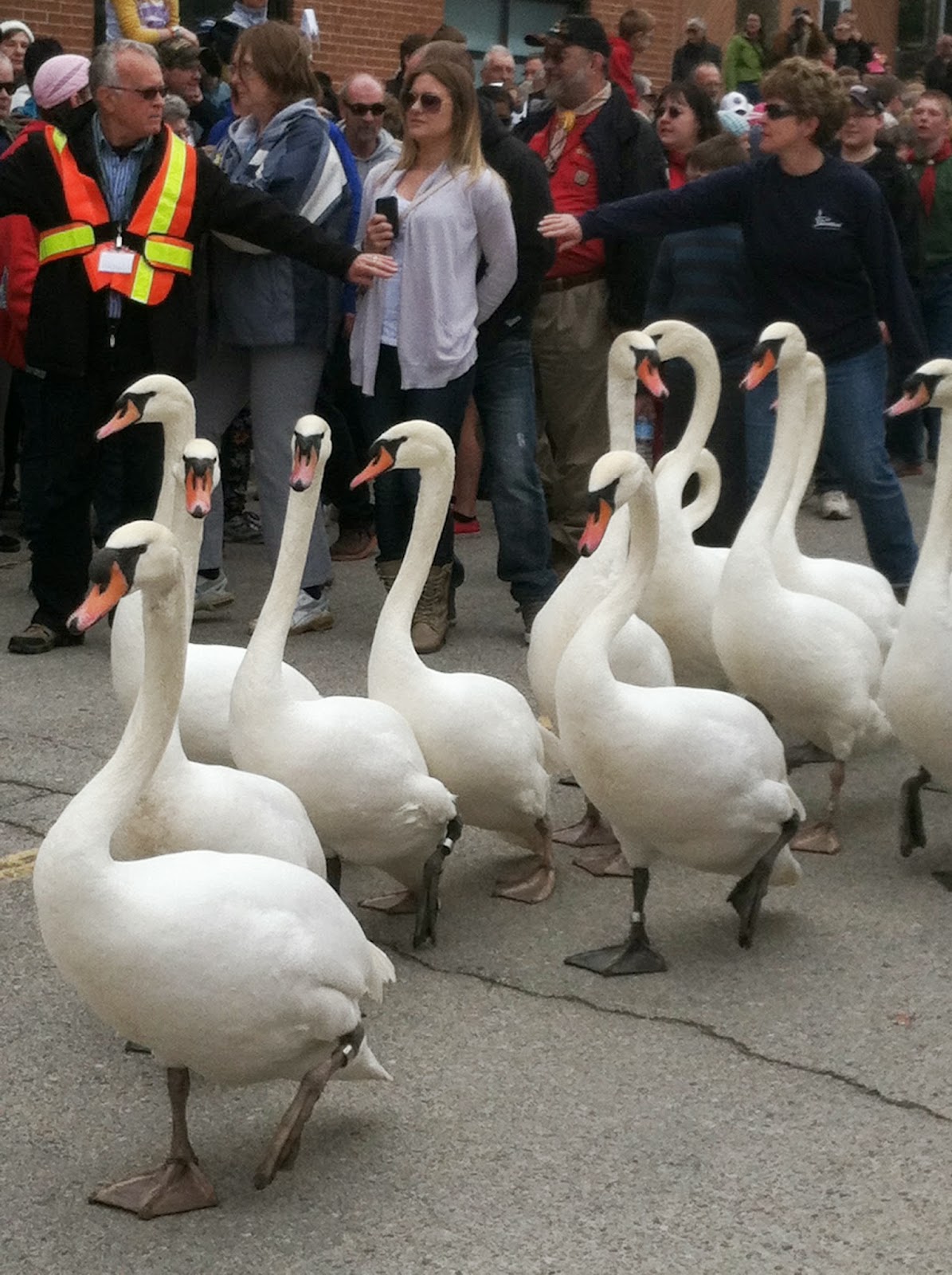 Little known fact, when I was a little girl my grandparents took me to feed the ducks and there was a swan there.  I guess I was not fast enough and one of the swan's bit me!  I have been a little nervous around them ever since.  I also had a gigantic blow up swan with a weighted bottom that I used to  "ride" in the water when I was little too. 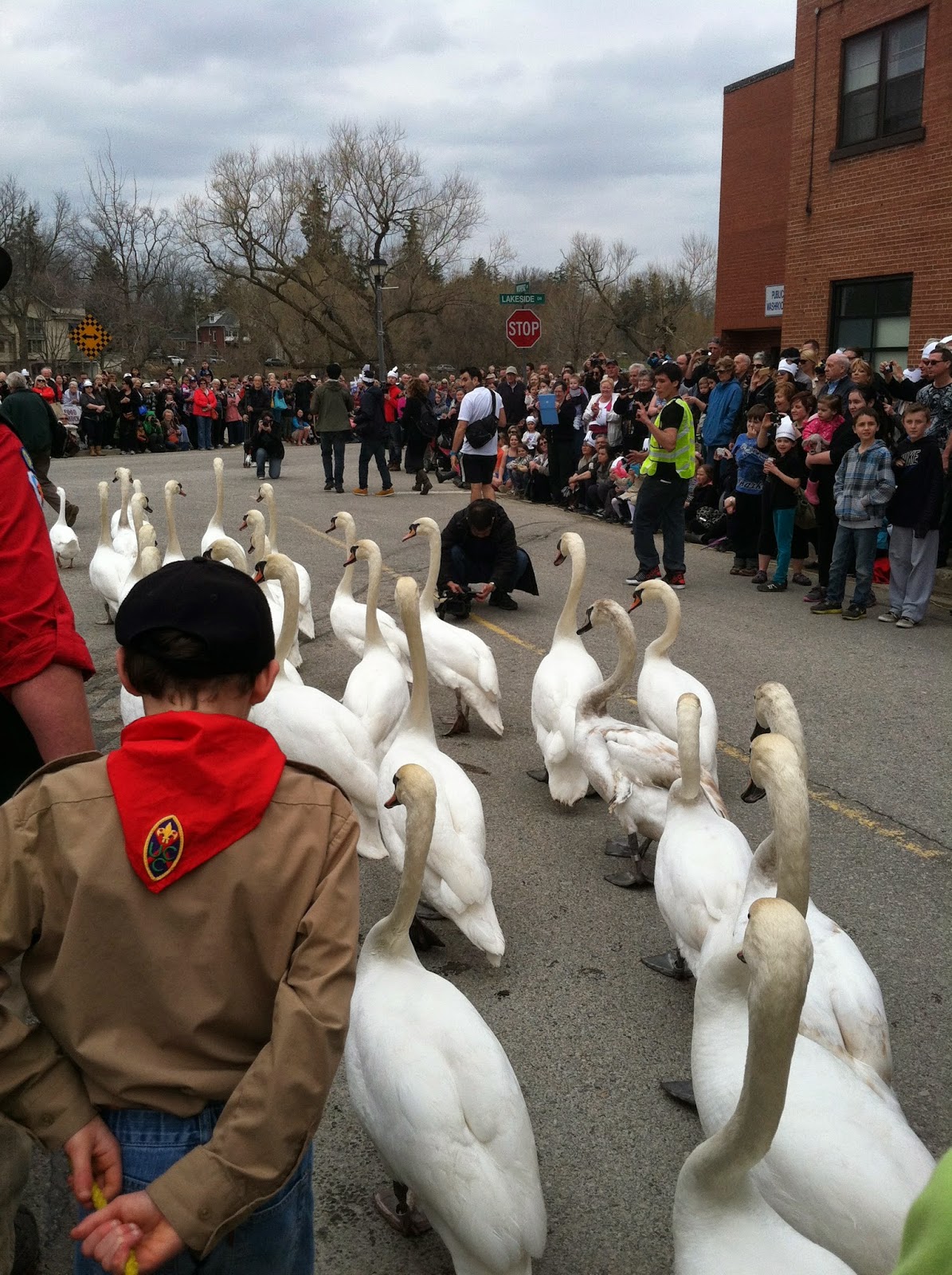 Have fun in the Avon swans!!
We had a great time visiting your city!

It has been years since we visited Stratford...they do have some great little shops. So glad you had a wonderful time and are feeling relaxed!! Have a great day!!

You've seen more of Stratford than I have and I live in Ontario. School trips to see one of Shakespeare's plays didn't give us much time to do any site seeing. Thanks for the photos. I'm glad that you were able to see the swan parade.

what a joy to see the swans going onto the river for the summer. Wondered at first why they were being released them realised maybe the river is frozen in winter, here the swans stay outside all year. The chocolate is mouth watering

I haven't been there in years. I guess it's time for a visit. You know more than I do and I live in Ontario. My son went on a school trip to Startford and a swan bit one of the students. Of course the student was at fault, pesky kids! It's a beautiful town!

Stratford is such a darling town-I visit every year and see a play during the Festival! You were sooo close-too bad I did not know in advance! Glad you had a nice time Pam-you certainly deserve it!

oooo!!! all of that chocolate and men in kilts - waaay cool!!!