Want To Go To Saint Thomas For The Weekend?

That's what my hubby said to me last week.  His company had a trip and I got to tag along.  We were there just 24 hours but it was fabulous!

The day we arrived it was cloudy and overcast but so warm!  We headed right to our hotel and then to the pool.  Here is hubby and I on our balcony as we headed to the pool 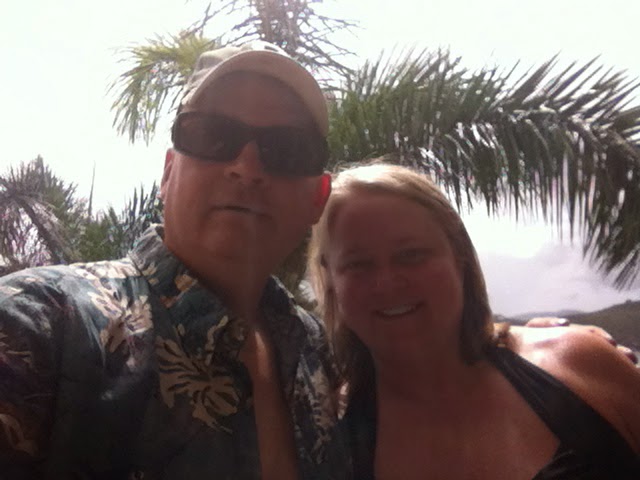 I wanted to go to this pool, an infinity pool with a swim up bar.
There were these little birds there and the bartender was feeding them some kind of juice.
When I asked her about it she said if they didn't the birds would be in our drinks!
They were called Bananaquit birds.
They were like a cross between a golden finch and humming bird.
Quite charming.
As we swam around I noticed some odd things in the bushes 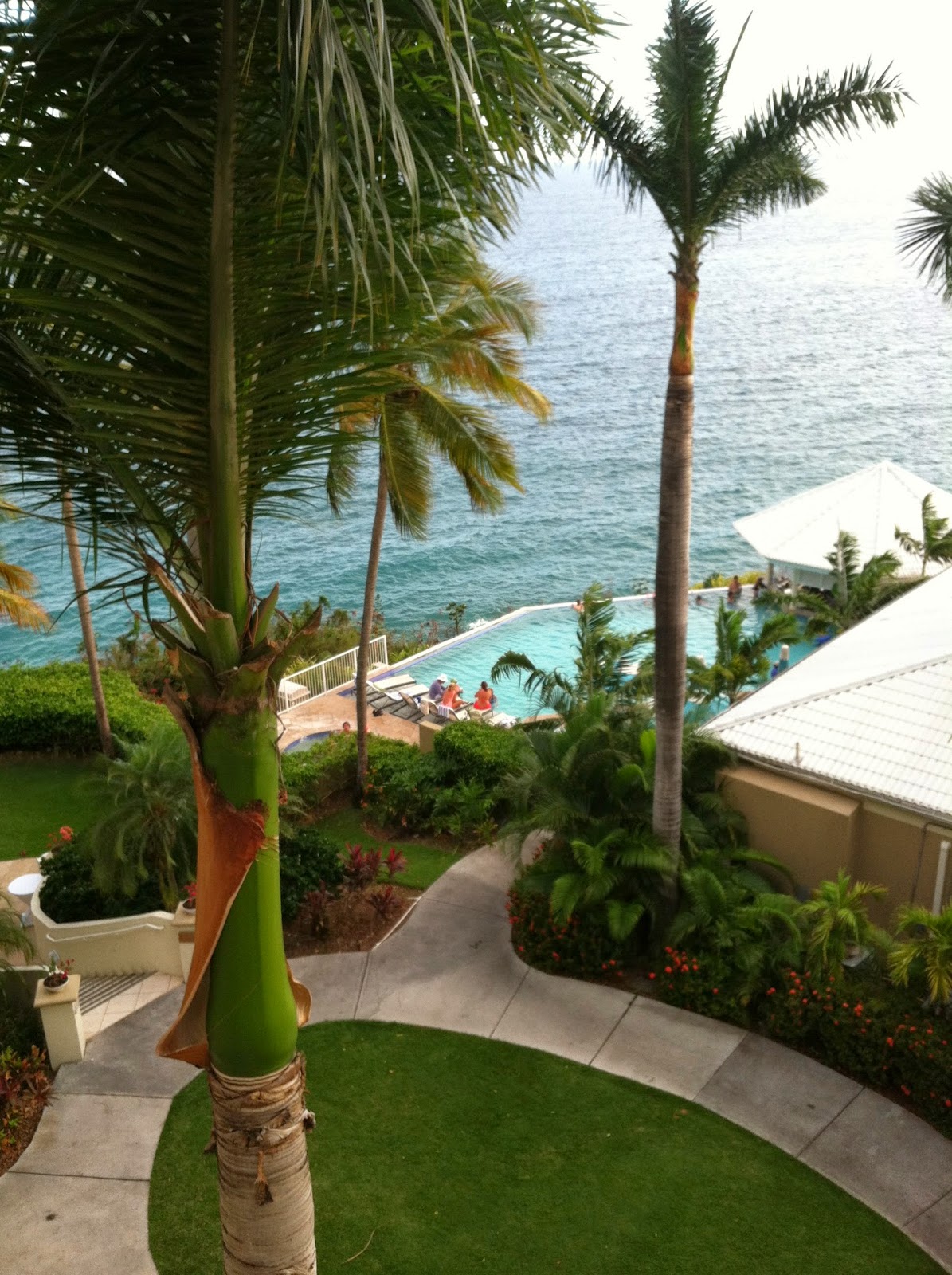 As we swam around I noticed some odd things in the bushes.
There were Iguana's everywhere! 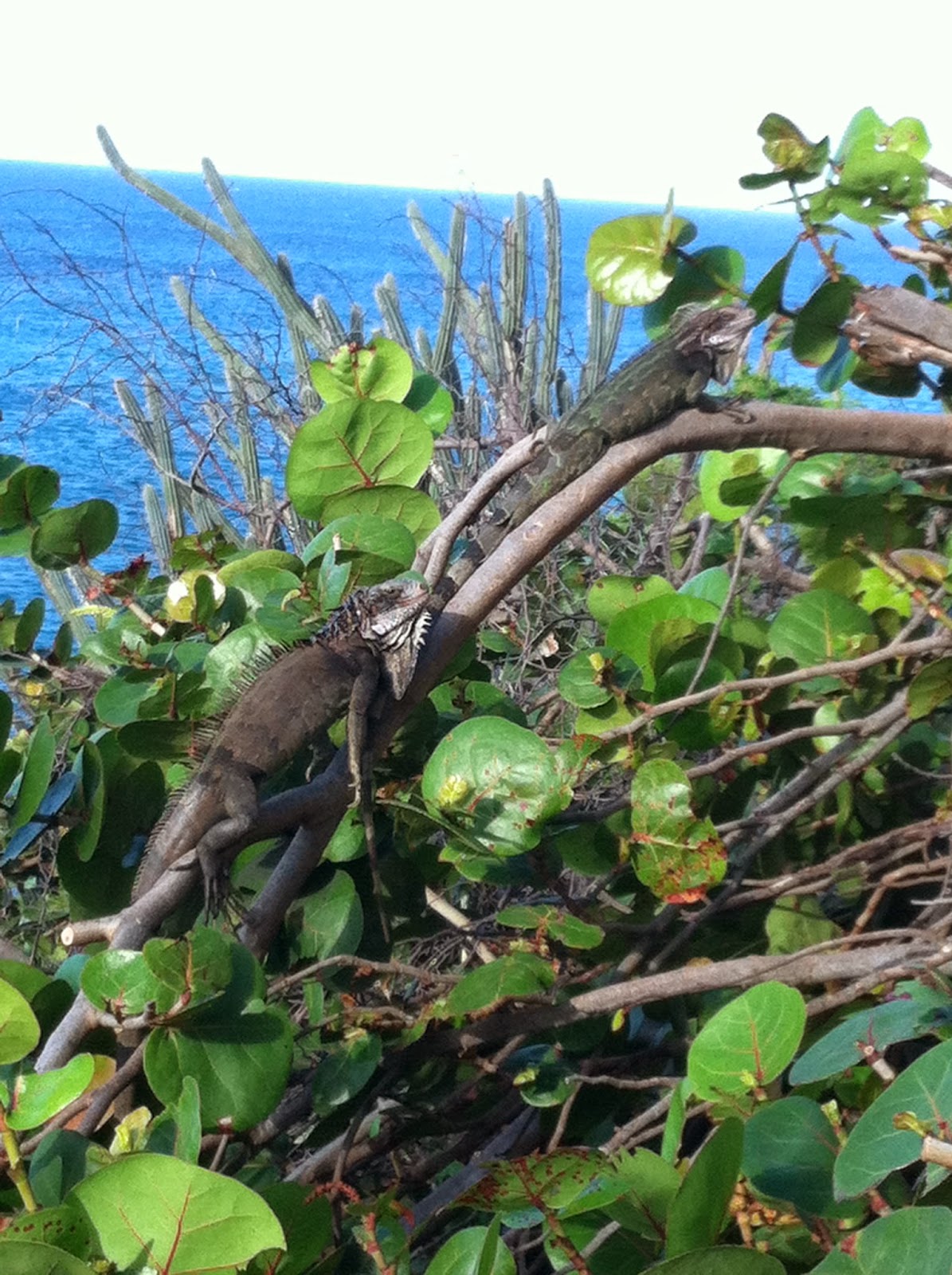 Sunset from our room after the rain. 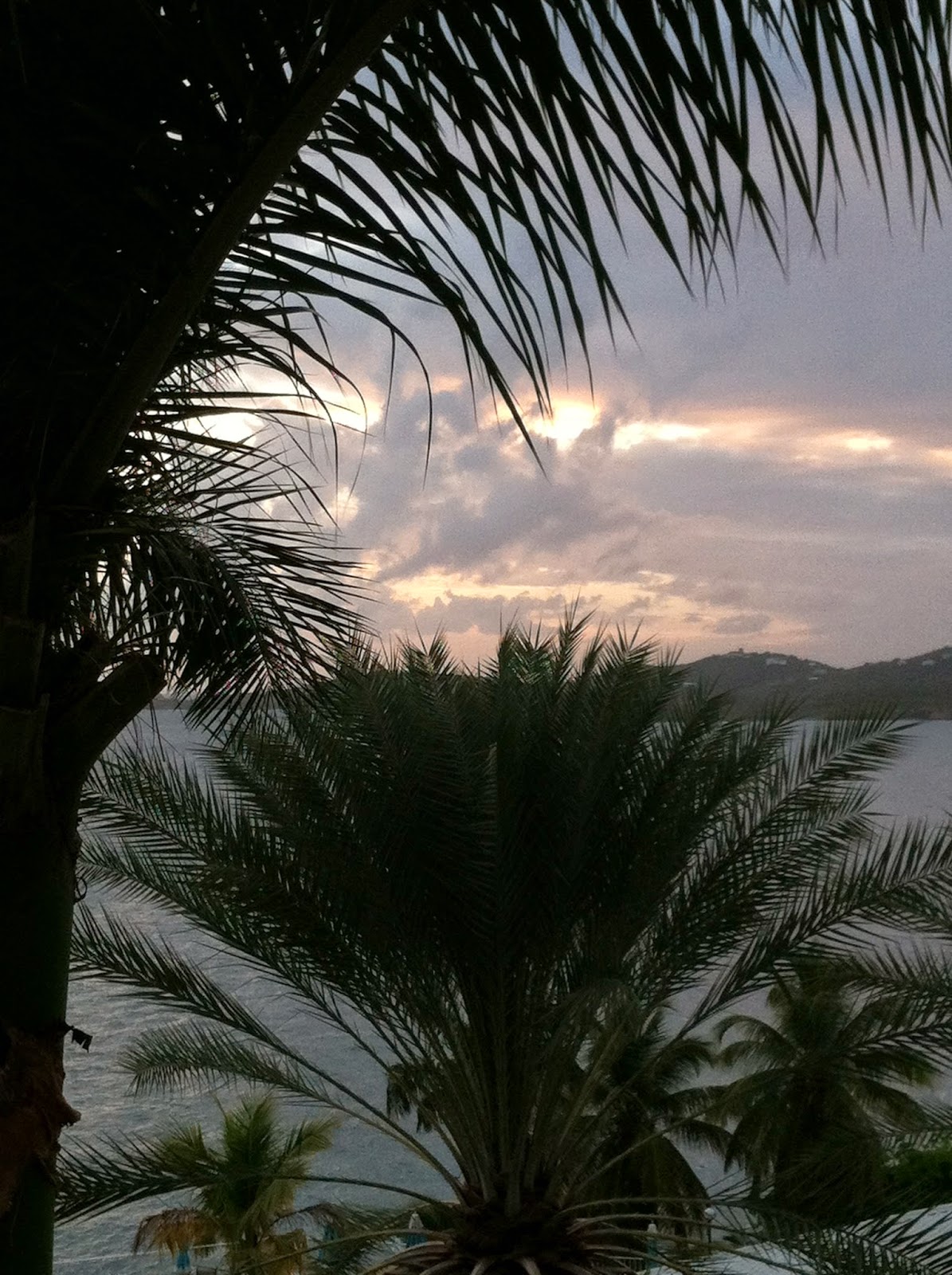 There were some beautiful boats sailing around the island too. 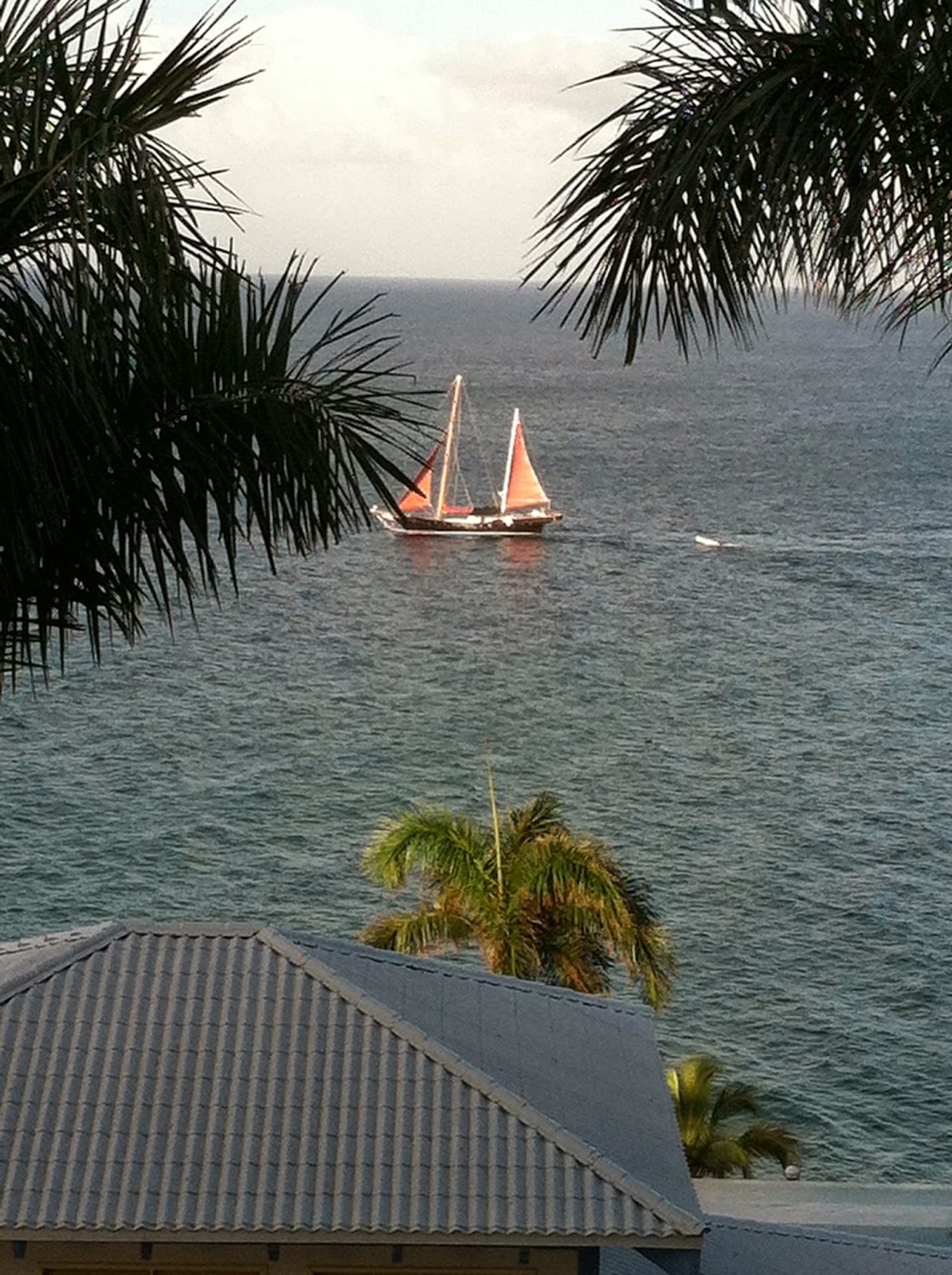 We walked to the beach on both days but it was much sunnier on Sunday.
The water is so amazingly blue! 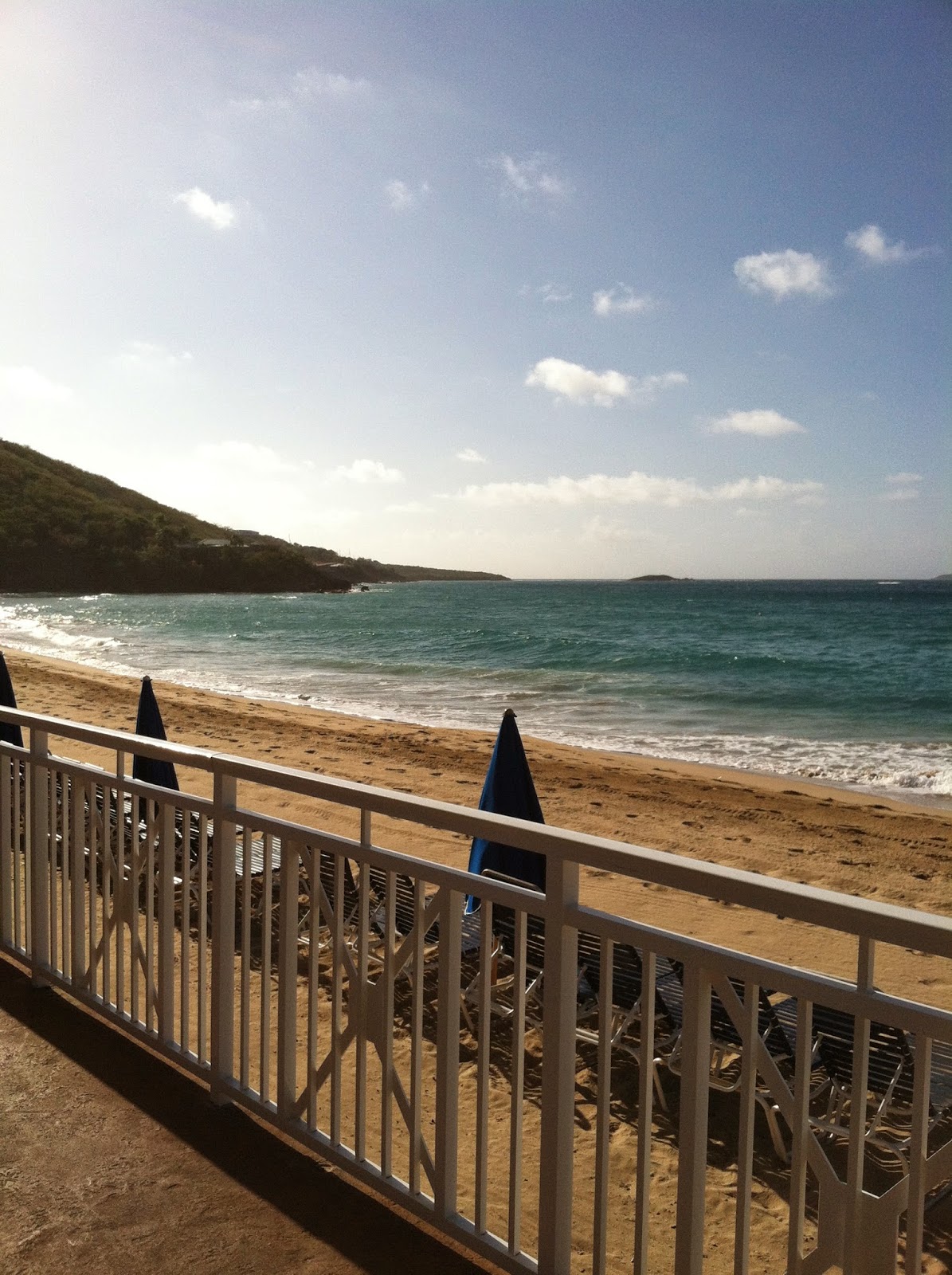 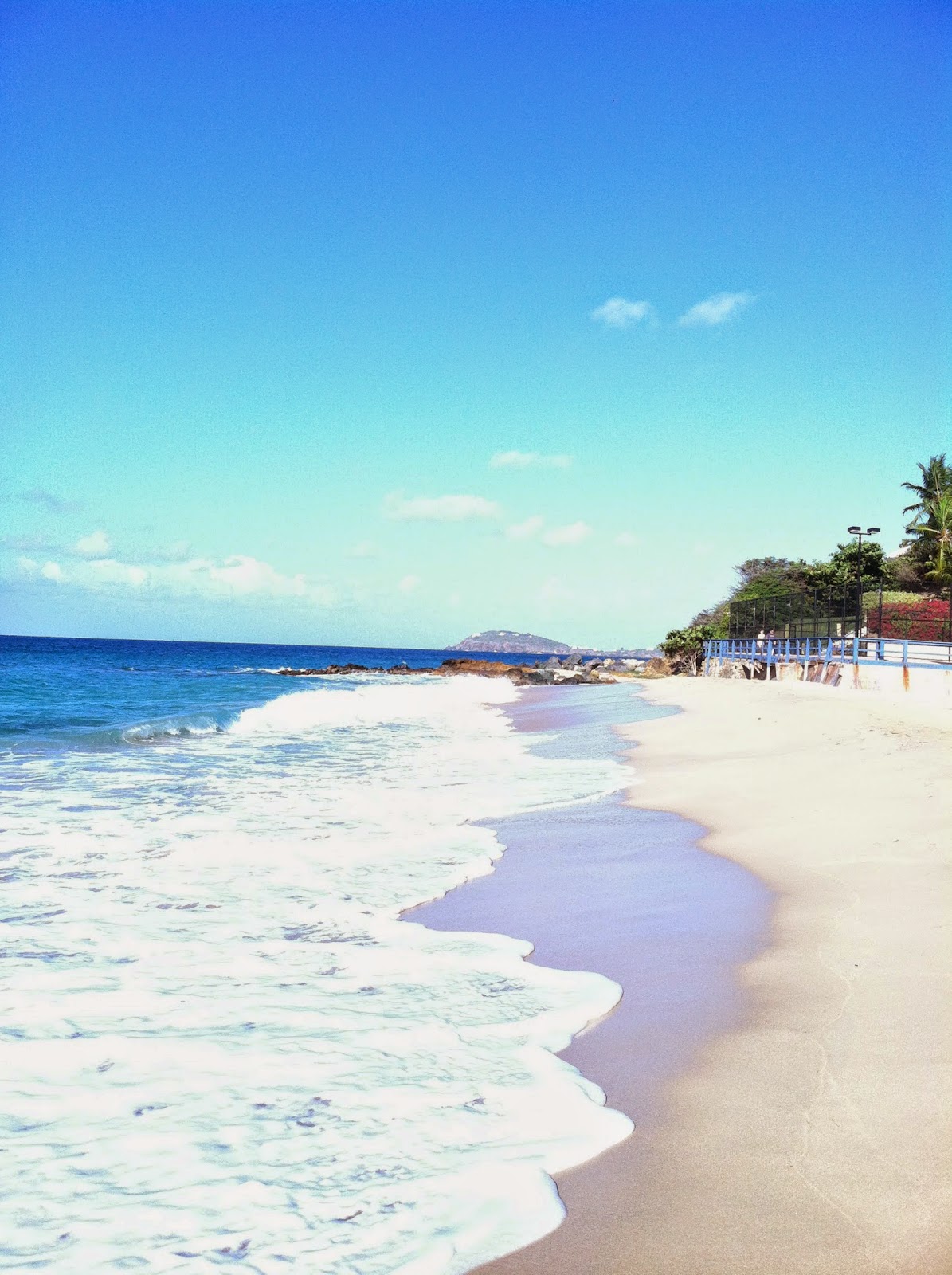 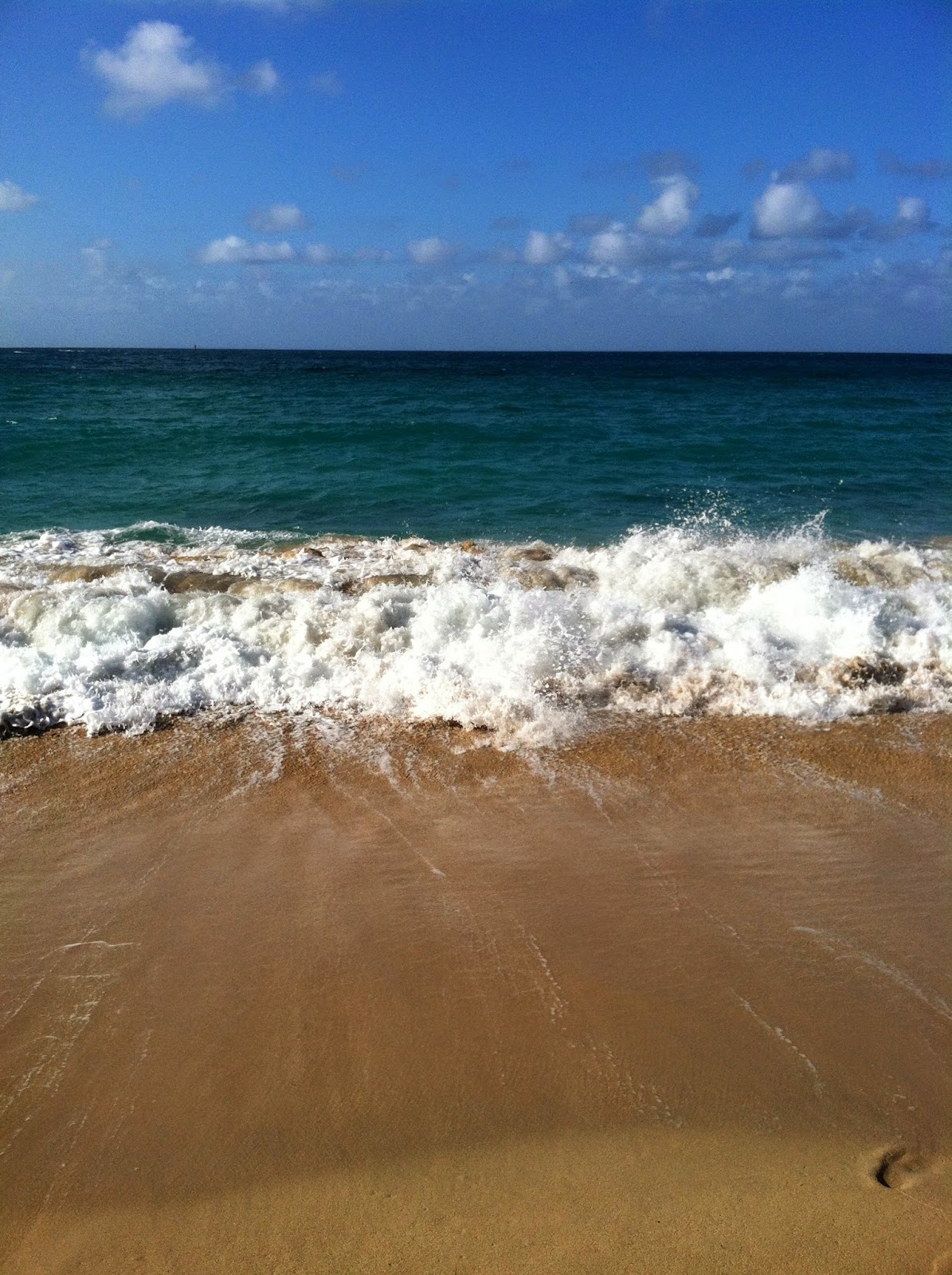 ~I think this was my favorite photo of the beach~ 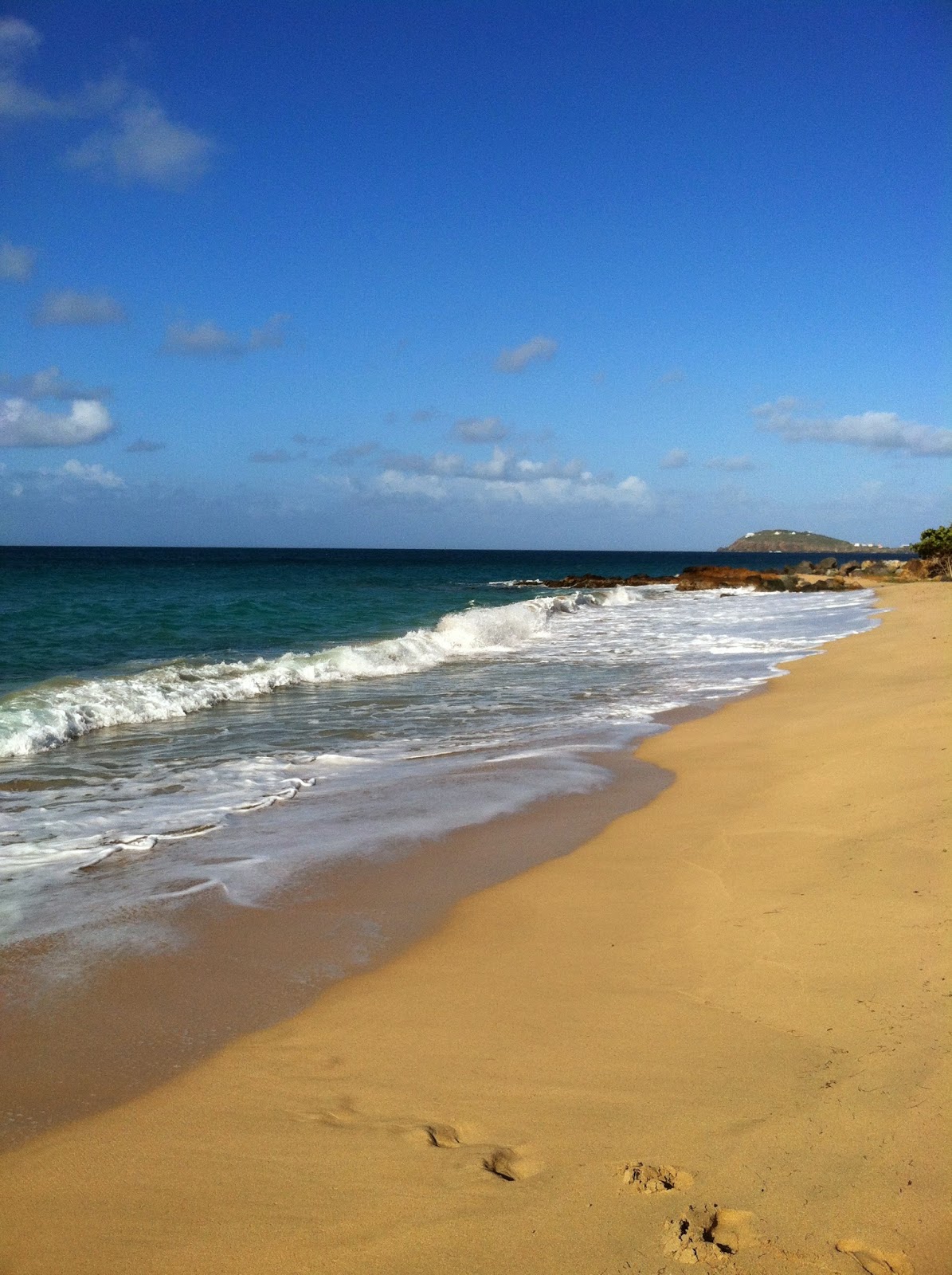 If you look closely you can see an amazing number of Iguanas hiding in these bushes! 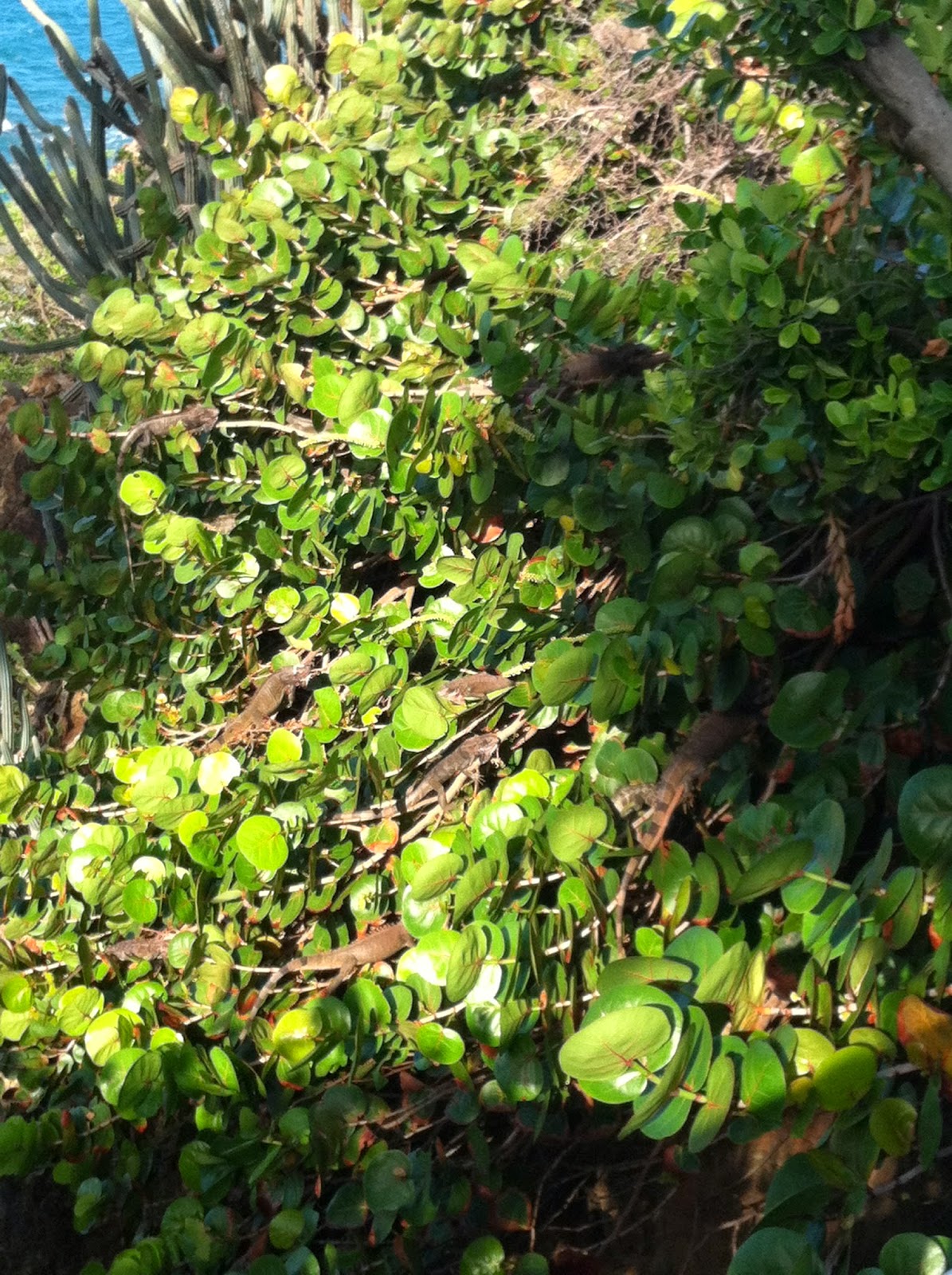 Here were two of my favorites.  This photo almost looks fake with such blue water in the background! 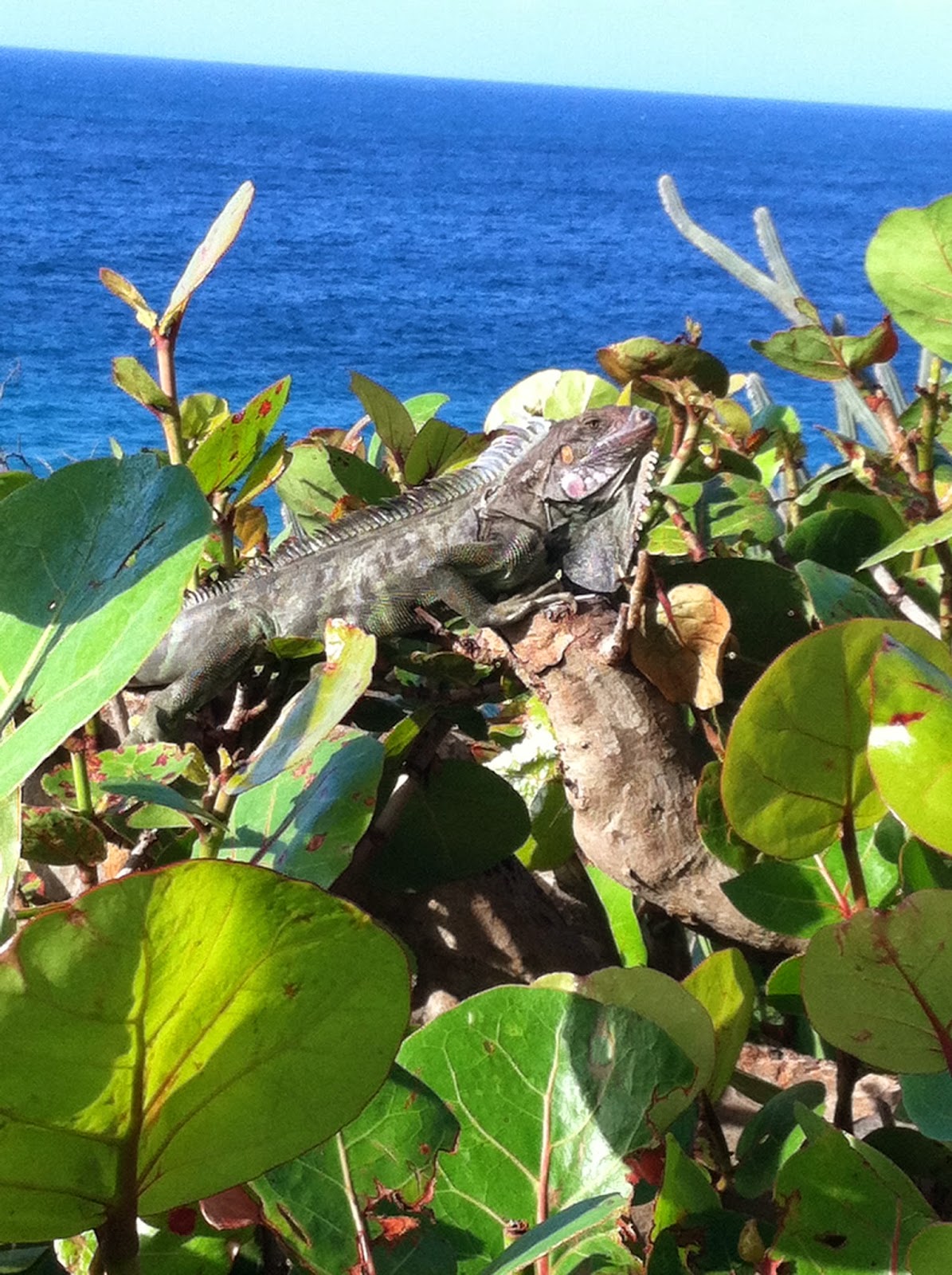 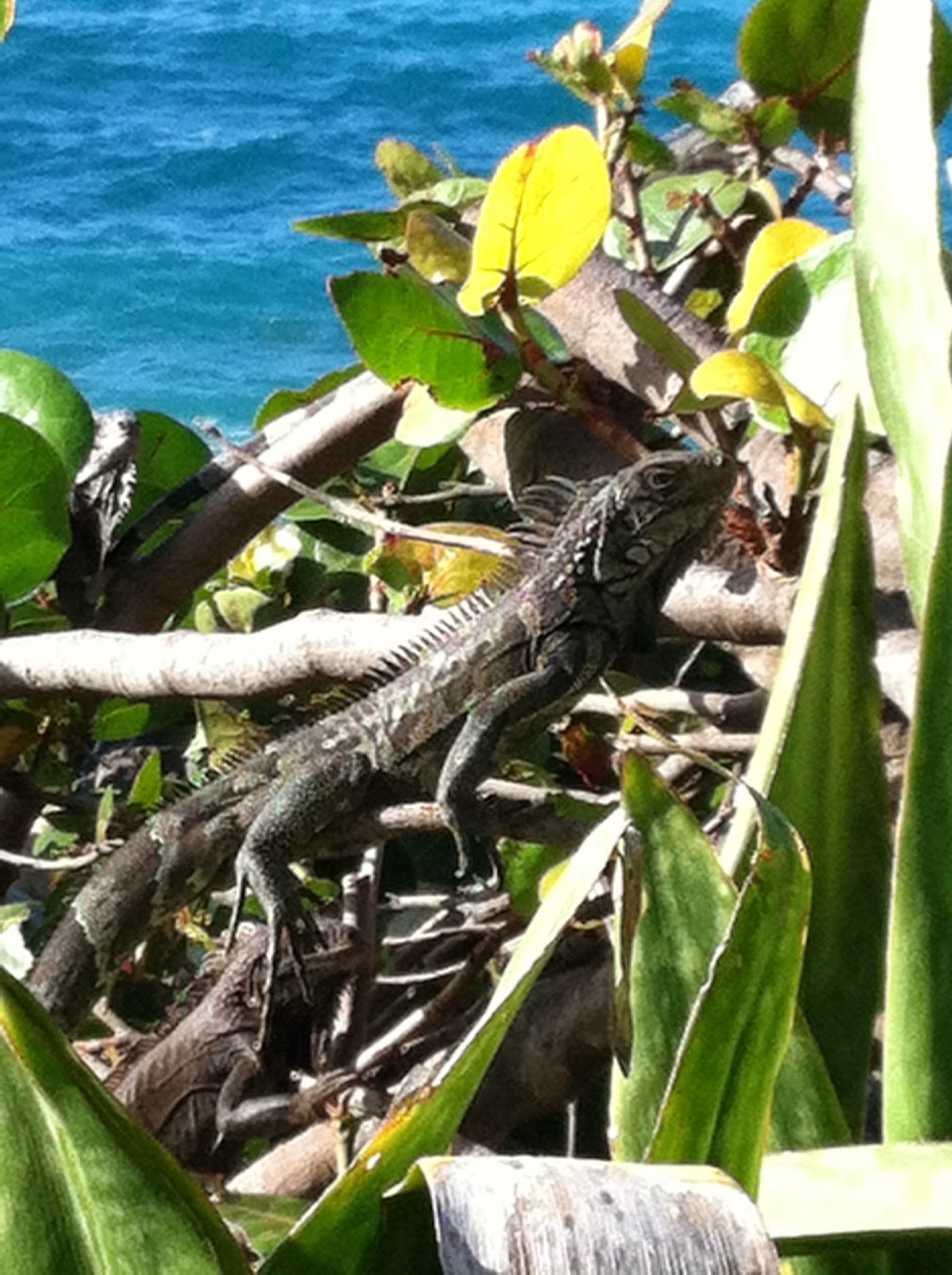 The flowers all around were so vibrantly PINK! 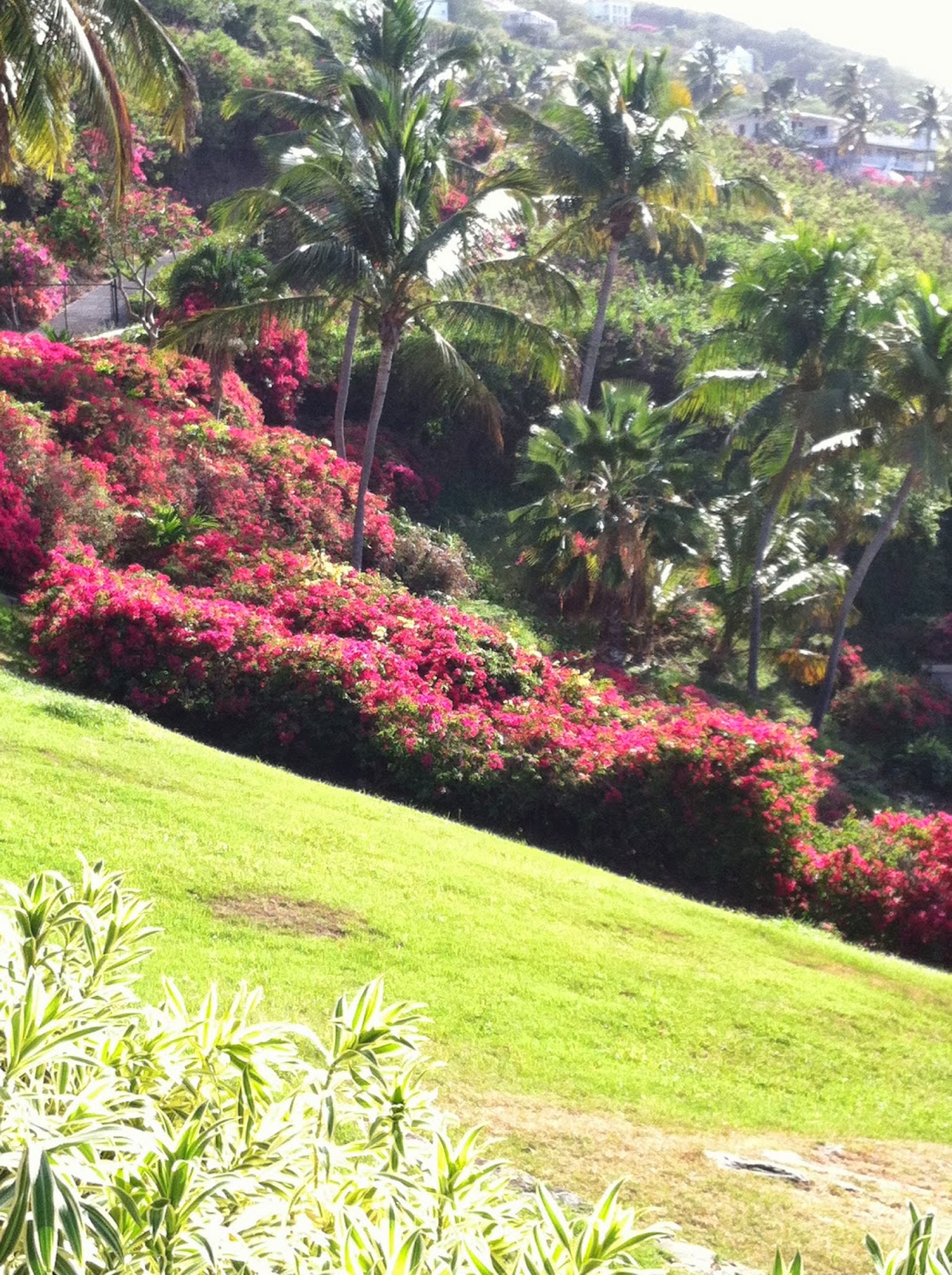 I love this fellow's striped tail! 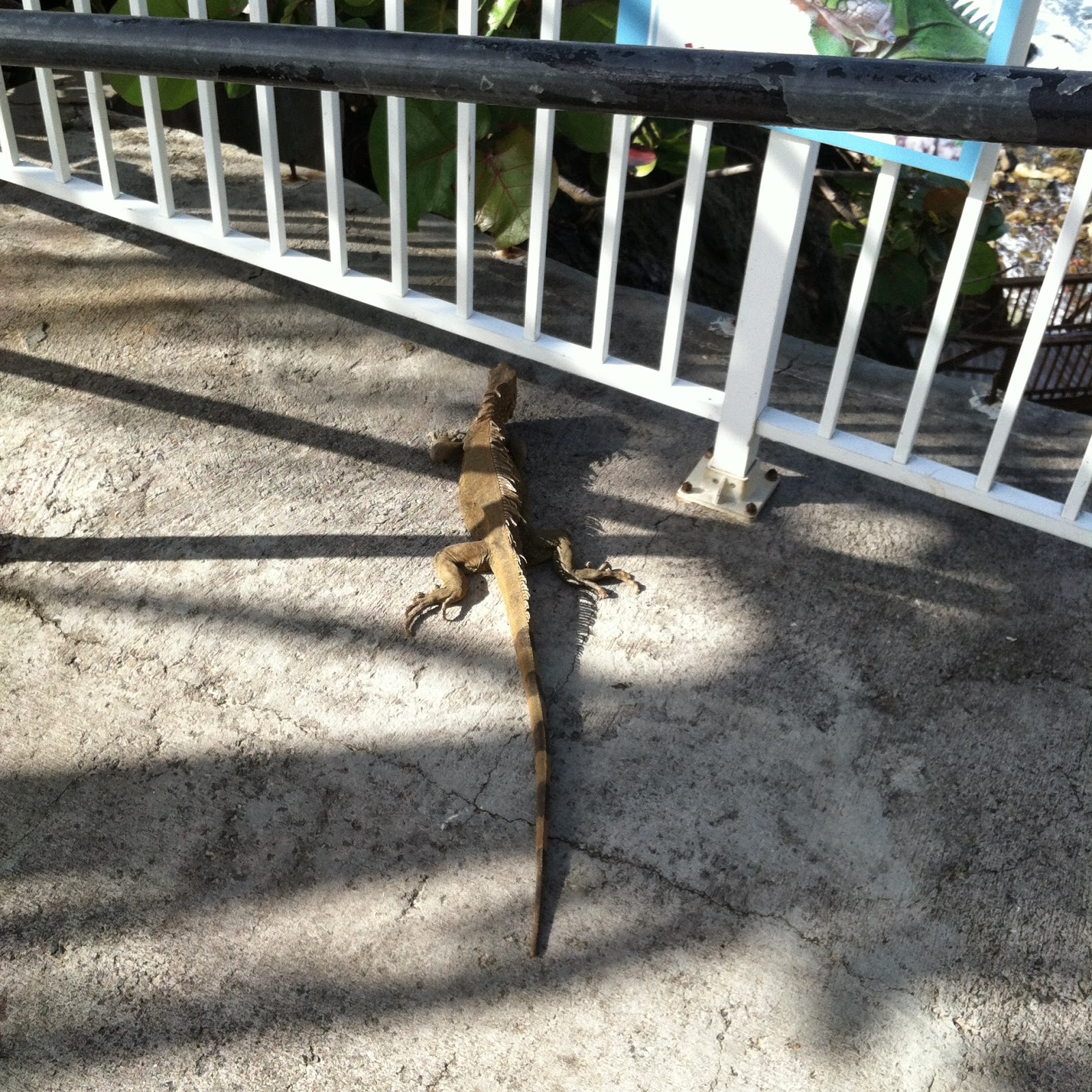 Well 24 hours was not long enough, but it was enough to re-charge my batteries.
This is out the airplane window as we were leaving. 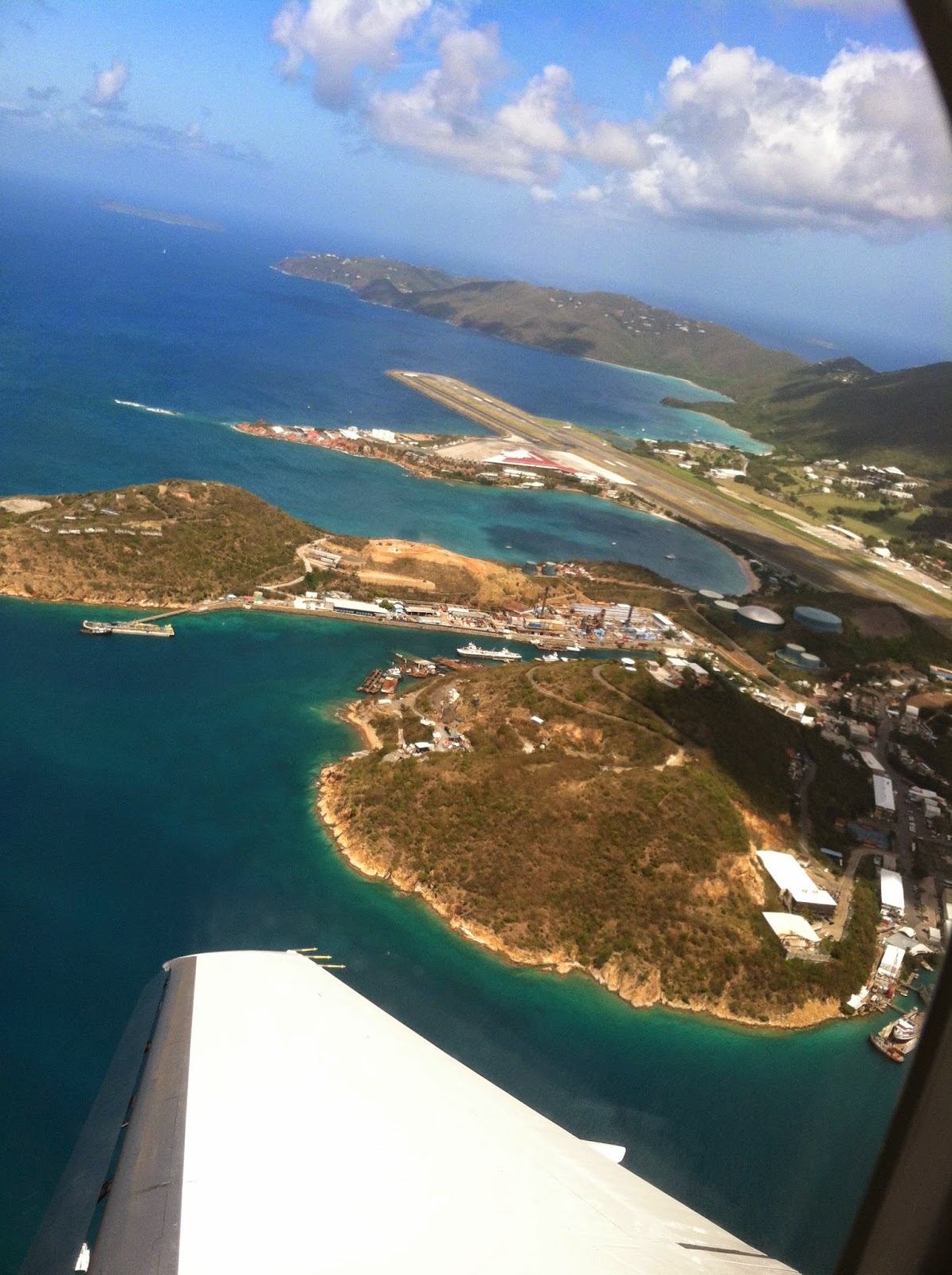 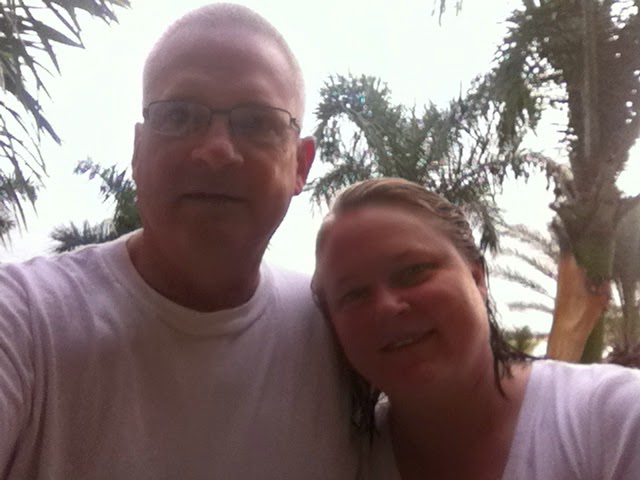 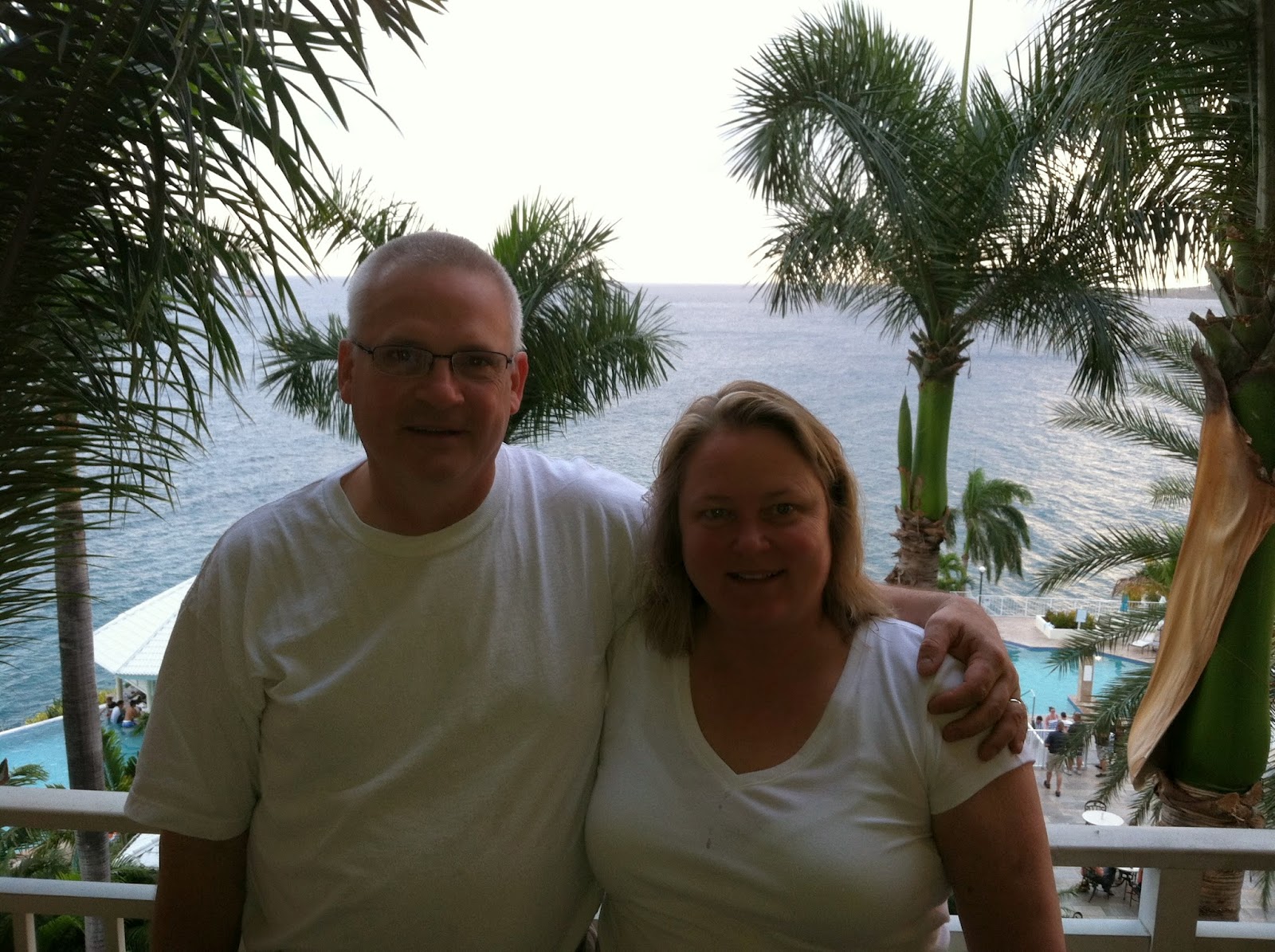 I would have refused to leave! :)

Looks like a fun 24 hours...luv the foot prints in the sand!

After such a long miserable Michigan winter, you deserved a trip to the tropics. Beautiful photos and I'm so happy you and hubby could enjoy a nice trip :)

That looks fabulous, but not too sure about the iguanas. Glad you got to tag along and sounds like a fun, but too short get away.

I'm so glad you had the chance to go. The pictures are beautiful. Talk to you soon.

Great pictures.Lucky you guys, nice to get away.

it looks idyllic, you must have been thrilled that you tagged along

St. Thomas was one of our favorite islands on our cruise last year... glad you got to enjoy...!