Ever had one of those days where you have plans and absolutely NOTHING goes according to them?
That was my yesterday.  Work ran late.
Farm Daughter (FD) wanted me to hem some curtains for her so she picked me up from work.
I take the public transportation and the early bus was too soon for me to get everything finished
(it's the one I usually ride) and the late bus was too late.
So she picked me up and we went out for dinner.  Then we drove to the farm to do "farm chores".  She took the curtains down while I minded the chickens.

Blu was in full show off mode.  Hard to believe we hatched him from an egg! 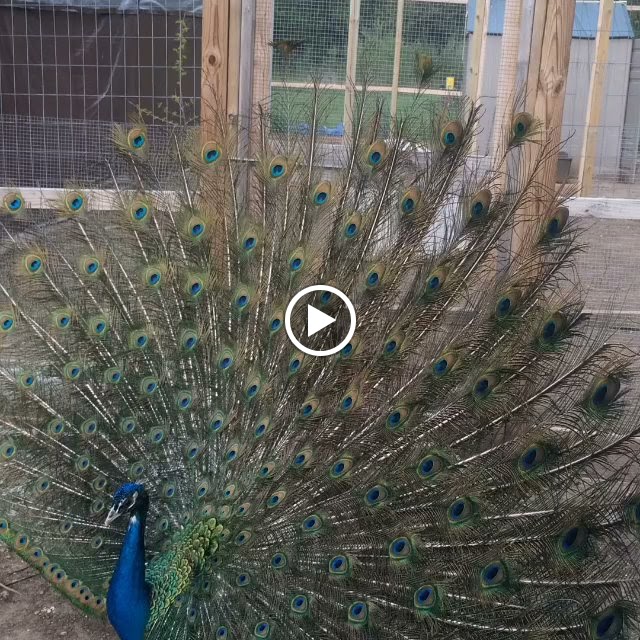 FD has another beautiful male named Octavian the Second (or O2 for short)   He is an Opal peacock.
I love the tinge of blue in his eye feathers. 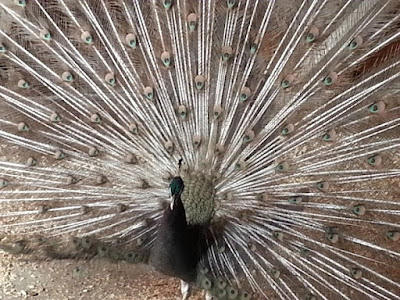 He had to be moved to the barn as he and Blu were fighting (2 grown up boys). 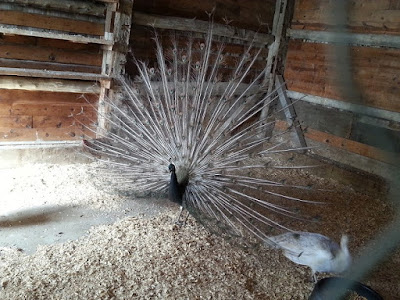 After farm chores, we left to go to my house.  We brought along 12 dozen farm eggs!!!
Once we got to my house, we delivered a few dozen eggs to the neighbors
and one of our neighbors flagged me down.
He wanted me to try his latest home brewed beer.
Sigh, those curtains were not going to get hemmed.
Finally I managed to get up to my sewing room and get to work.
Funny story, did she measure the length?  NOPE, so we had to guess.
I used my bedroom window to measure and then she did the same and
separately we ended up with the exact length! 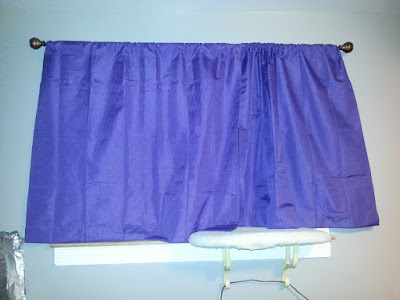 I have had many days like that lately. Love the boys. They are gorgeous.

You are blessed with a full and busy life! Thanks for sharing those gorgeous peacock photos~

You've just got to embrace the unexpected and believe every thing will turn out as planned! I love your header picture! Beautiful peacocks to adorn the farm. I love their call...you can hear them for miles!