I just realized that I have several finishes from Christmas that I did not share!
I tried to make something handmade for my family.
I got most of them.
I couldn't show them before they were gifted so I forgot about them!
I will share now.

First up, I did some pattern testing for Unicornhearts of this snake block.
I made this little wall hanging to mimic my daughter's snake named Clove that is brown and gold.  The border is my own idea and I love how it came out! 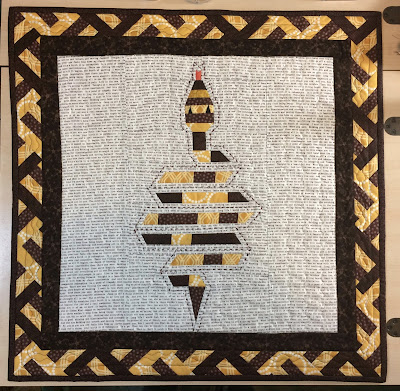 I hand quilted using pearl cotton, around the snake and I have to say I love it.
I put those little hanging triangles in the upper corners so they could hang it on a wall too.

I think she liked it.
Although I'm not so sure about my SIL.
I don't think he likes snakes much.

VERY last minute I decided I wanted to make pillow covers (which I put over pillow inserts).
I wanted to make one of my daughter's cat and her boyfriend's dog.
Max is a Border Collie.
I like to look for coloring book pages and translate those into applique.
Isn't this dog so cute?
I added some fabric that says Made with love, and a couple of cat fabrics to Max's pillow.
I quilted the front in a cross hatch design. 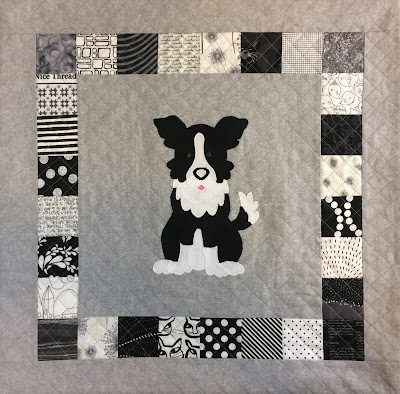 Next up was Mitch, the cat.
I used the same Made with love fabric on one of the squares and used several fabrics that I had used in her sister's wedding quilt.
I quilted this with wavy lines.
I used Essex Yarn Dyed Linen, steel I think, for the backgrounds. 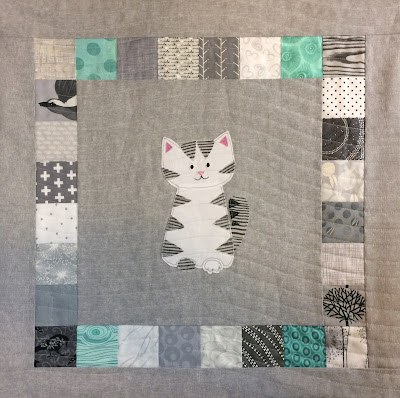 This was when I gifted these at Christmas time. 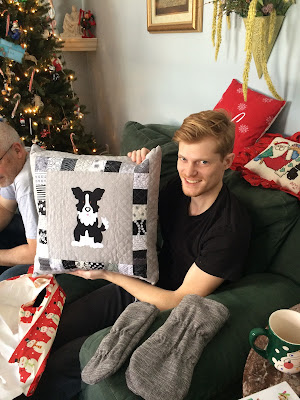 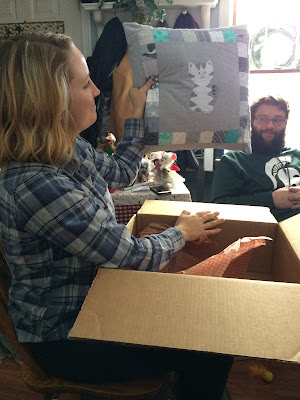 Same daughter asked me if I would make golf club covers.
HUH??
I guess I can do that.
Then the fun of trying to find a pattern began.
I finally found something both her boyfriend liked and I thought I could manage, but it was written by a guy and his directions were awful!
Then said boyfriend wanted very specific colored fabric, tweed to be exact.
I took many photos at JAF and we finally agreed on one.
Here they are, and he was very pleased with them! 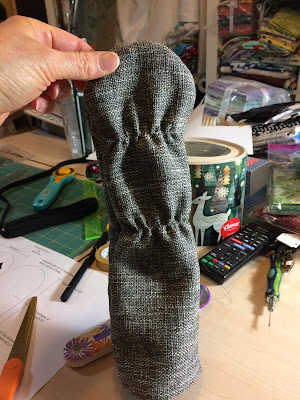 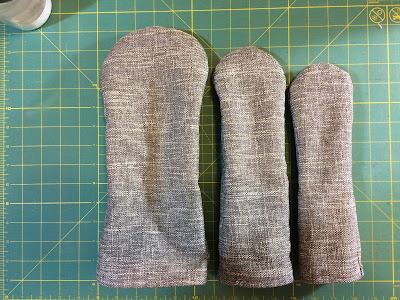 I used fleece as the lining. 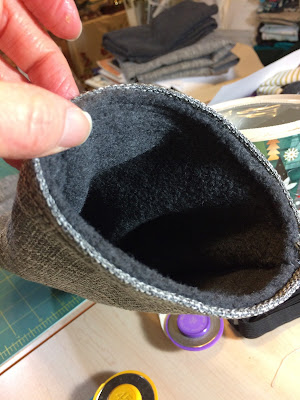 She had asked us for a splatter guard and he thought it was hilarious to use it with his golf club cover like a hot mitt.
smh. 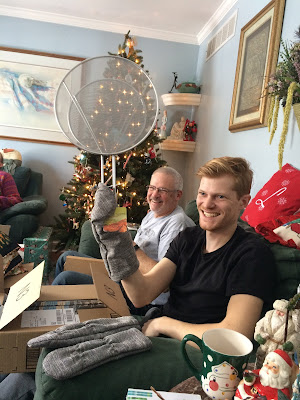 Next up was a fish quilt for my husband.
I still need some better photos of this quilt, but I was so very pleased with how it came out.
I used a golden retriever flannel for the backing.
I had it quilted with fishing flies. 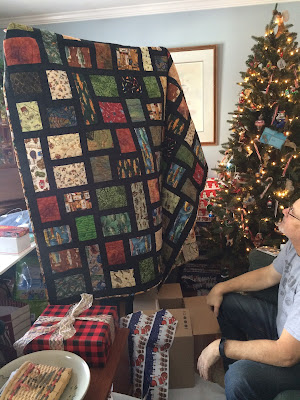 That just left my son.
He was feeling a little left out as there was no gift for him.
Technically he was not the only one as I did not make anything for my SIL,
but the snake wallhanging was for both of them.
Little did my son know that he would be receiving his quilt the day after Christmas, for his birthday.  He has been asking and asking for a Detroit Sports Quilt so that's what I made.
He LOVES it!
I put gray Minky on the back. 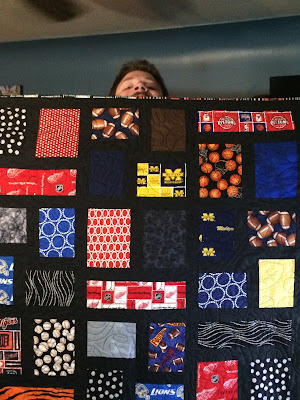 While I realize that I have shown some of these at Christmas
I did not specifically list them as finishes.
I would like to link up with Crazy Mom Quilts Finish It Friday and share all these finishes.

Hope you all have a wonderful weekend.

What a great collection of have made gifts for the family well done indèed!

What fun you must have had with your sewing machine in the months and weeks leading up to Christmas!!