Our Visit To Old Town Cemetery

We had to head in to Durham yesterday to pick up some packages.
It was a cold, rainy day here.
We decided to drive through Hillsborough and stumbled upon the Old Town Cemetery.
Both of us are fascinated by old cemeteries.
We decided to get out and explore.  There were so many interesting things there.
One of the signers of the Declaration of Independence, Willliam Hooper. 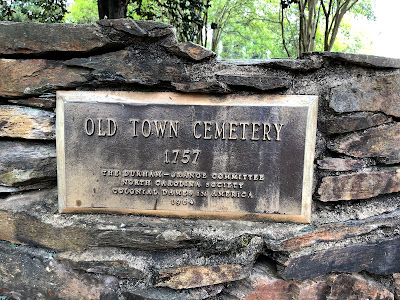 This told about Hooper and as you can see in the bottom corner, there is a bit about a giant stone chosen by a young girl for her marker (apparently like in the "olden days") to be used upon her death. 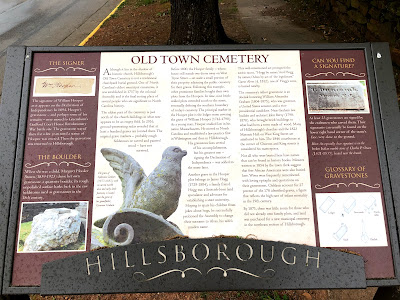 This is a view of the cemetery from the sidewalk as we walked up. 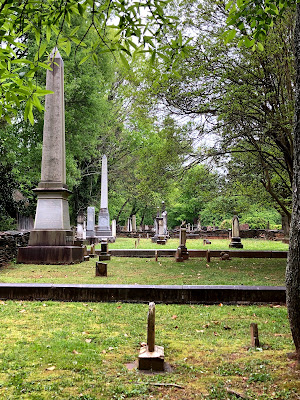 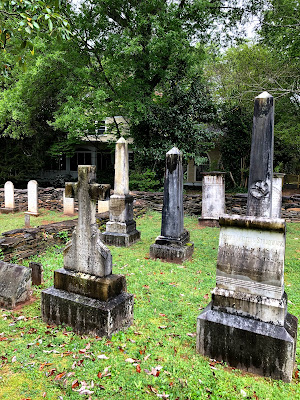 This is the site of William Hooper 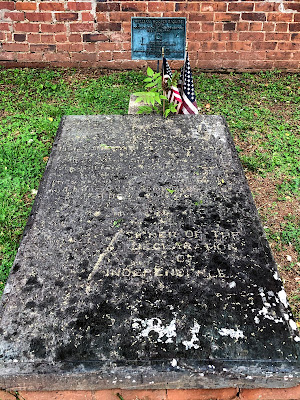 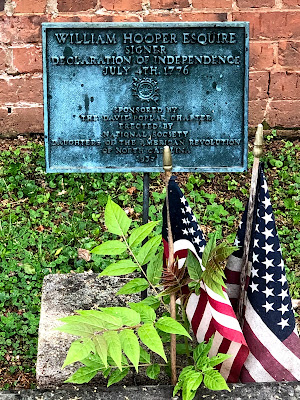 This was the largest marker.
It was for Governor Graham.  "William Graham, who served as a U.S. senator, secretary of the Navy, N.C. governor, and Confederate senator."
His family was buried around him. 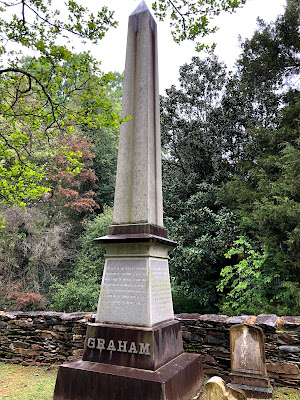 This marker was for one of his children.  As I turned around the lamb was behind me. 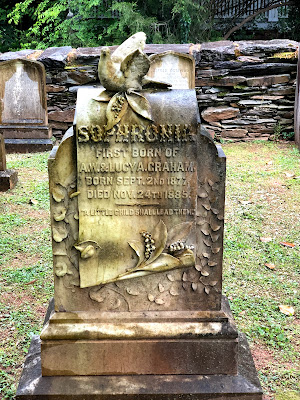 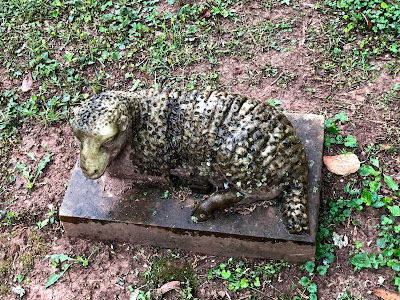 We found the boulder marker. 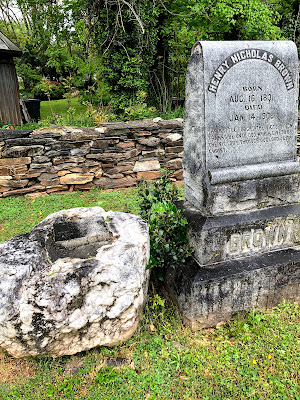 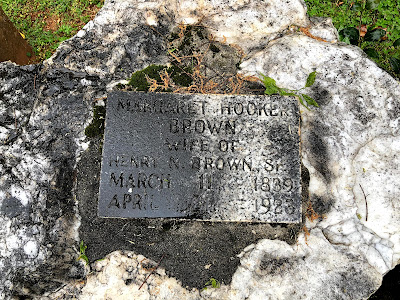 As we walked around we also saw the Nash Hooper house.
Had it not been cold and rainy we would have walked around more as we saw lots of historic signs. 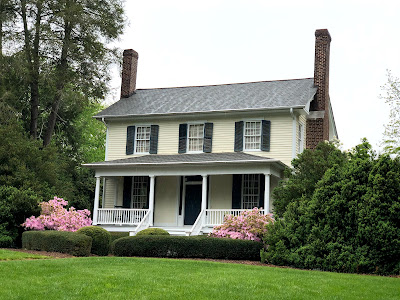 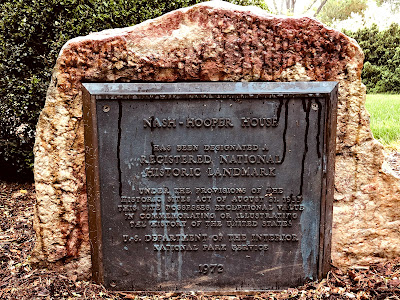 On our way out of town we saw a "Quickie Mart"
I SO wanted to stop in and see if Apu was in there (or maybe Homer).
~XOP~

My younger daughter has a "thing" for old cemeteries too!! Kansas City has some interesting ones!! Since we are expecting 80's this week, your NC weather should be improving!!