I Don't Even Know Where To Begin

I know I have been awol lately but I have been BUSY!!  The fun began on Wednesday when I received the Featherweight that I bought on Ebay.  I am in love with her.  So beautiful!  Here let me introduce you to her. 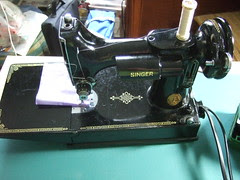 She is a beauty!! She also came with a ton of accessories! 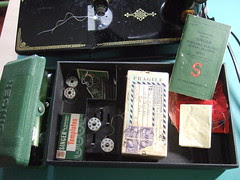 I bet you want to know if she can sew though, right? Well after a LOT of time trying to get the bobbin thread to come up I finally got a chance to try her out. She did not disappoint! Perfect stitch!! 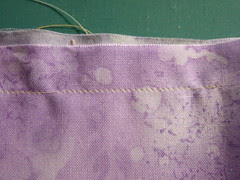 I barely had time to play with her and I had to leave for Wed night quilting. I didn't stay long though as DH and I were going to go to Shipshewana on Thursday...early! Time to pack.

We got up early and headed out. It is about a 2 and a half hour drive but we really enjoy going and spending the day. I usually spend a lot of time at the quilt shops, but I did pretty well this trip. I did visit the shops but I didn't spend much. I had just recently bought from several places and didn't feel that I needed a lot. I was looking for some navies to use in an upcoming project though and managed to score a few great finds on this trip. Shipshewana also had a quilt show going on that weekend so I have loads of photos from the show. I won't be able to upload them all here but if you go to my Flickr you can see them all and who they were made by too. I think we will start with pictures from the show.
This quilt and this one were made by the same woman, Rosemary Youngs of Walker, Michigan (where I grew up!!) The first one was quilted by Tammy Finkler, the other one by Rosemary. 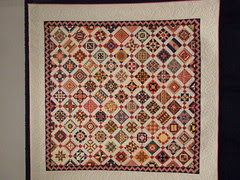 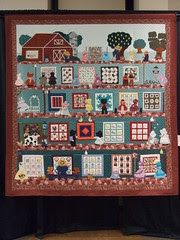 This quilt won the best in show award. It was beautiful! By Barbara Perrin, Pullman Michigan. You need to see this up close on my Flickr. 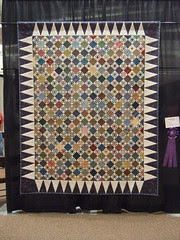 Those were the ones I liked the best, but there are a whole lot more in Flickr. Now more of my trip. WE found the best doughnut shop (Bread Box Bakery) and here is DH enjoying his. 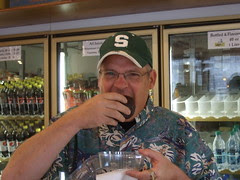 There were flowers, fairy gardens and buggies everywhere. Even quilts hung all over the Davis Mercantile! 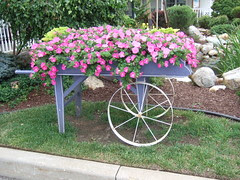 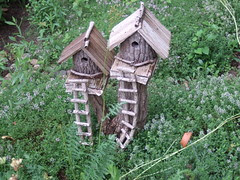 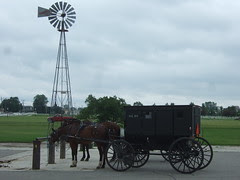 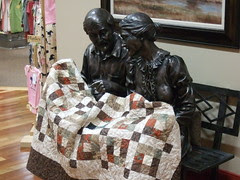 I even found this young lady waiting for a dip! I LOL right in the shop when I spotted her! 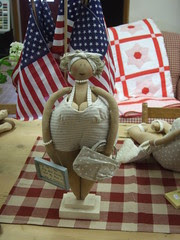 DH even managed to snap my picture too, as we were going into the Fairy Garden. 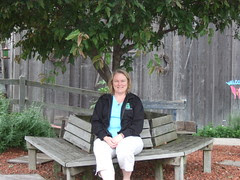 Everyone kept asking us if we were from Lansing and we couldn't figure it out until we realized that he was wearing his Spartan hat and I had on my Spartan jacket!! HAHA

Ok, I kept you waiting long enough, here are the things I got while there: 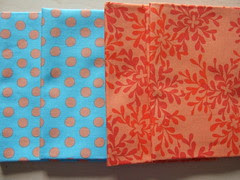 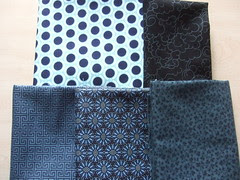 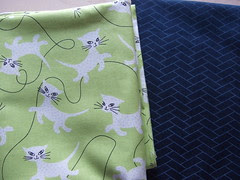 We ended up leaving there and heading over to Sauder Village in Ohio to spend the night. I will pick up there tomorrow. I still have LOTS more to tell you but I need to go and clean the bathroom. We are having some company tonight. I am also hoping to get into the sewing room to do some cutting today. Have a good Sunday! ~XOP~

Congratulations on your new Featherweight! She looks beautiful...

So many lovely quilts, gardens, and a lovely Featherweight, but I like the picture of YOU the best. It's nice to "see" who you are. 8-)))

Nothin' better than an old Featherweight. Do you know what year yours is? Great quilts too, is the first one a Nearly Insane pattern?

Now I don't have to go shopping for my border fabric. You picked it up for me...Thank you Pam!
LOL